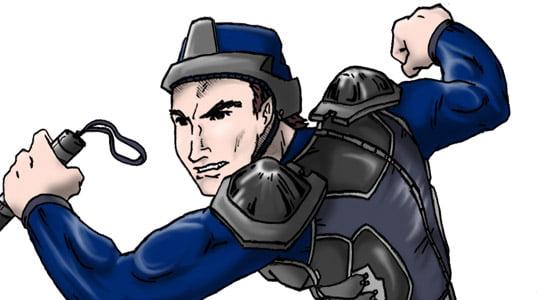 Steve is an interesting character, since we never originally intended him to be his own character. He began life as part of a trio of Racer Patrol officers. Over time, however, we found we usually only needed one officer, so we settled on Steve. The other two occasionally still turn up, but Steve is definitely the star.

Now, he gets the star treatment as part of the Hobo HD series.