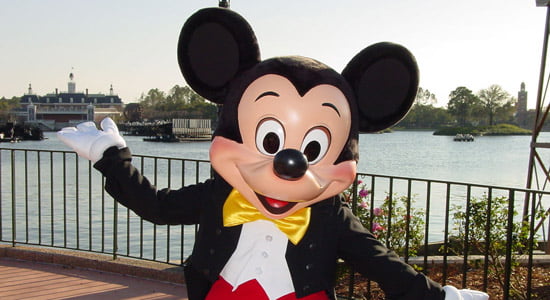 Mickey gets tricky with your kids

After a work-related meeting yesterday my wife and I drove to a neighboring town for dinner. The town itself is heavily Amish and the restaurant features home-style food. These details are not unrelated, but not related in the way you might assume.

You might assume that a home-style restaurant in an Amish town would be run by the Amish, but then the electricity powering the glow of everything around you would seem to tip the scales against that. But the proprietors of this business are cunning, and rather than give into the almighty power of observable logic, they choose to dress their waitresses in dresses and bonnets. Well, now they must be Amish.

I don’t personally know any Amish people, but growing up I did see my fair share of Amish, Mennonites, and other religious groups. The one thing I do recall that separated them from our very capable waitress this night was her earrings and makeup. Perhaps she was a covert Amish woman learning the table serving ways of the outside world, but barring that I’m going to assume she was a local college student earning some summer cash. Good for her, but bad for the restaurant.

I don’t particularly care for places that try to trick me with what their employees wear. While I can certainly understand dislike on the part of the employees, I happen to appreciate being able to clearly identify who is working at a restaurant or retail store. This is usually achievable with same-colored shirts and name tags. That’s really all I need and want. Anything less and I’m awkwardly asking people if they work there. Anything more and I’m too embarrassed to admit their costume made it clear they work there.

For example, while I can appreciate Disney’s commitment to fantasy in all things they do at Disney World, I’ve heard it before that they only allow one of each costumed character in the park at a time. The logic is that they don’t want a child bumping into multiple Mickey Mice as they explore the park. Sounds reasonable, right? Except, is any child really confused that this is the one and only Mickey Mouse? I understand toddlers, but beyond that are any thinking this poor schlep is going home to his hole in the wall tonight to feed a family of twenty? Kids’ minds don’t work that way.

Nor are children confusing any of the Mickey Mice for the one of television and film fame. Again, toddlers might be confused, but they’re also confused about the inherent problems of keeping their big toe firmly placed in their nose for the afternoon. All other children learn early on the difference between real beings and cartoon characters. That might be Buzz Lightyear standing there, but he’s real and not the cartoon Buzz Lightyear. The one exception to this, of course, is Santa Claus. But the flesh and blood Mr. Kringle has always been the real one, since no cartoon character could bring toys. Duh.

So if you ever visit Disney World and while dining find your waitress costumed in a dress and bonnet, tell them you’re no idiot, and neither is your child. Now, if you’ll bring us our check, we have to head over to the World Showcase in Epcot to see what Canada is really like!