Ten Films You May Have Overlooked In 2012 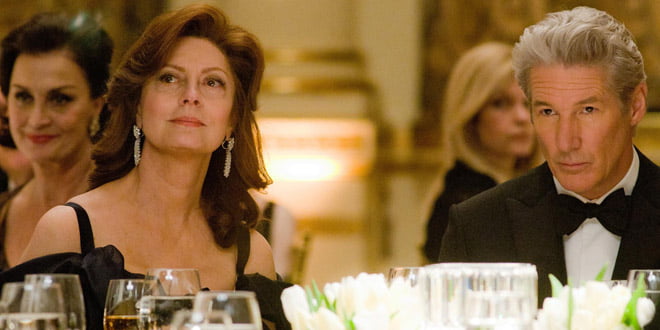 The Golden Globes are airing while I type this (though on no TV of mine), and the Academy Awards are coming up in a few short weeks. Given that, I thought I would take some time to highlight a few films you may have overlooked in 2012. These are, for the most part, not big Hollywood films.

However, many are just as enjoyable and worthy of your attention as those big Hollywood award nomination magnets. So while I loved The Avengers and was blown away by Daniel Day Lewis in Lincoln like everyone else, hopefully you’ll give these films a shot as well. One of my great personal joys over the last few years has been running a film series of overlooked films at the university where I teach. Turning people onto great films is a real pleasure, so I hope you enjoy these picks.

Arbitrage
Richard Gere, Susan Sarandon, and Tim Roth star in what is to me the best thriller of the past year. Gere plays a finance bigwig who is carrying on fraud both with his company and his wife. When these issues begin to untangle, we also discover they intertwine.

A couple of years ago Gere shined in a similarly underrated film, Hachi: A Dog’s Tale. In that film he plays such a relentlessly good man that it was hard to understand how his wife could ever be cross with him. In this film he plays such an unbelievable jerk that you may similarly wonder why his wife ever married him. The fact that he is compellingly watchable in both roles is a tribute to his abilities as an actor.

Coriolanus
Shakespeare is difficult to adapt for modern film audiences. Titles people are familiar with, such as Hamlet, have already been endlessly adapted. The lesser known plays, such as Coriolanus, are difficult sells to get people in the door. So what did director and star Ralph Fiennes do? He updated it to modern day and gave it some gripping action scenes that look like they’re out of a Call of Duty advertisement. It could have all failed spectacularly, but the clever mixing of modern media cutaways makes this feel like a screenplay written for today, even if the language belies it.

Chely Wright: Wish Me Away
In the late 90s Wright was one of the biggest country stars in Nashville. By the mid 2000s she had mostly disappeared from the national stage, but was once again thrust onto it by her nationally televised coming out on The Today Show. If this were simply the story of a woman coming out it might have proved boring.

Instead, Wish Me Away traces Wright’s upbringing and early days in Nashville up to her superstardom success. Along the way the film matches her music with the more obscure troubles they were narrating at the time. It further mixes in video diaries of Wright leading up to her announcement along with a look at the marketing push behind it showcasing the weird PR muscle behind such an intimate moment.

Bachelorette
Bachelorette is maybe best described as The Hangover with women, but, of course, that would be a slight misrepresentation. While The Hangover films want us to like their Wolf Pack characters, Bachelorette tries very hard in the first twenty minutes to make us hate the characters played by Kirsten Dunst, Lizzy Caplan, and Isla Fisher. And hate them we do.

It is then a testament to their acting that when the film really gets going we can still enjoy their hijinks and even come to care for them. By the end we may not have come to love them the way we do in The Hangover, but there certainly is the feeling they have lived and grown more. Into better people? That would be telling.

The Best Exotic Marigold Hotel
This is one of the likely better-known films on this list, so I won’t go into too much detail on it. It stars Judi Dench, Tom Wilkinson, Bill Nighly, and Maggie Smith among others, so it hardly completely flew under the radar. That being said, the trailers made it out to be much lighter of a comedy than it actually is and I think some people may have written off because of that. It is indeed funny, but it is also quite touching without necessarily tidy endings for all involved. There’s a bittersweetness to the film that reflects the British sensibility of the whole affair.

Premium Rush
Joseph Gordon-Levitt had three big action films hit in the latter half of 2012. The Dark Knight Rises and Looper both got more attention, but for my money this was the most relentlessly entertaining of the three. He plays a bike messenger in New York that takes the wrong assignment and is pursued by some very bad people for it. If you think there might be more to it than that, well, I’m afraid not. Then again, that’s the charm of the film.

It reminded me of the 1991 film Run starring Patrick Dempsey. It’s a film mostly forgotten now, but if you catch it on cable sometime I would suggest watching it with your brain turned off. It’s fun and fast just like Premium Rush.

Jeff, Who Lives At Home
One half of the brother directing pair of this film found himself in two other overlooked films this year. Mark Duplass acted (but did not direct) in Safety Not Guaranteed and Your Sister’s Sister. Both of those films have their own arguments for being on this list, but I found I enjoyed Jeff much more.

Maybe it was the cast of Jason Segel, Ed Helms, Susan Sarandon (again, and Judy Greer, or maybe it was the references to the film Signs (yes, the ending is a little heavy handed, but still works), but this film grew on me. Stick with it. Its convoluted opening pays off in earnest warmth many films fear.

Liberal Arts
Speaking of earnest warmth, Liberal Arts could have easily began with the main character narrating, “Kids, it was the summer of 2012 when I finally met your mother.” Josh Randor may best be known as a sitcom actor, but here he write and directs as well this film about a thirty-something single guy returning to his alma mater and falling for a decidedly younger student.

That may sounds cringe inducing at the outset, but Randor develops the characters surrounding his own. Richard Jenkins and Allison Janney turn in fine performances as usual, but Elizabeth Olsen shines as the younger woman he falls for. Playing her weak or as a victim would have been the wrong choice, but neither is she some fantasy seductress. She’s a real person, as are all the people here. When the film reaches its end you feel as though they’ve all grown, and that they’ve all earned that growth.

Hello I Must Be Going
Melanie Lynskey is apparently quite well known from a recurring role on Two and a Half Men, but for me she’s known from Heavenly Creatures and Up In the Air. She shines in both films, but here she gets to carry an entire film by herself and excels. Much like Flight was an acting showcase this past year for Denzel Washington, this is also one for Lynskey.

She plays a recent divorcee who moves back in with her parents. Soon, she falls for the teenage son of one of her dad’s clients. Yes, there is a certain creep factor to that relationship, much like in Liberal Arts, but also much like that film this one examines why May-December relationships bother us. The comedy is awkward at times (think The Office), but the journey feels all the more earned for it.

Sleepwalk With Me
Mike Birbiglia’s comedy translates well to screen here telling the story of a burgeoning comic and his faltering love life. While the romantic comedy elements work effectively and may make this hard for you to watch if you’re in a dead-end relationship, what really works is the behind the scenes stuff about standup comedy. You see his character climb the bottom rungs of standup and work out his material. It’s an interesting journey that requires him at points to not be very funny. A lot of comics would be afraid to show this to an audience.

31 Days of Halloween: Day 31 – The Haunting of Hill House: “Steven Sees a Ghost”

31 Days of Halloween: Day 30 – Errementari: The Blacksmith and the Devil