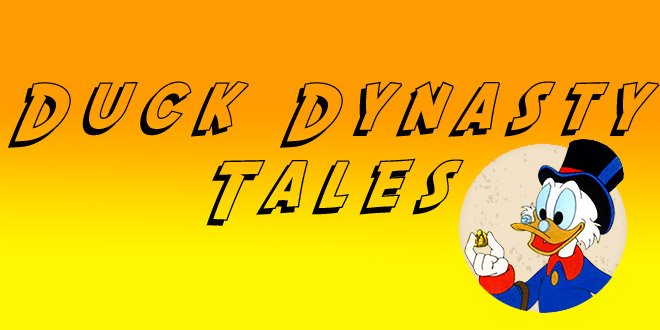 If you’ve been on Facebook in the past 24 hours, it’s likely you’ve been inundated with statuses either in support or against Phil Robertson of the TV show Duck Dynasty. Likely too, you’ve already formed an opinion in the us-against-them war of words. Maybe you’ve liked a new page asking for Robertson to be reinstated, or you’ve commented furiously on a liberal blog denouncing him as a bigot.

Still, what I get form this banter is a lack of reading of the man’s actual words. They’re much worse than simply saying God doesn’t approve of homosexuality. Still, how to make the offensiveness and just general awkwardness of his words shine? What better way to do so than with a cartoon? And what better cartoon for this situation than early 90s classic, DuckTales? In the images below, just imagine Scrooge is saying the words of Robertson. It’s easy if you try.

Note: Robertson’s actual words and paraphrasing from the original GQ article are colored in red below. 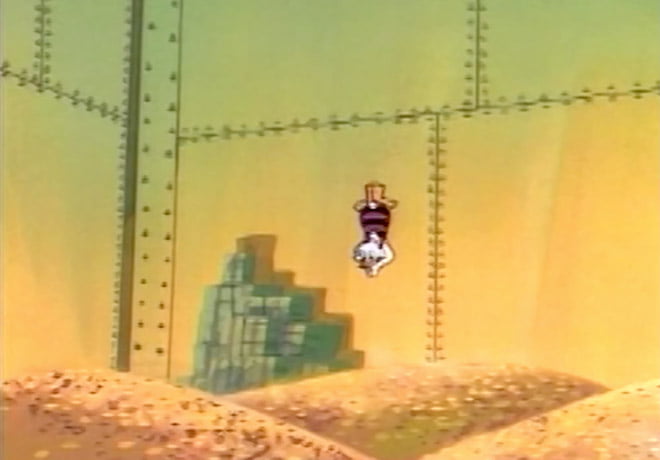 Scrooge made a ton of money as a savvy businessman selling duck calls, and as a television personality selling a slightly alternative, traditional family values lifestyle.

This money has increased dramatically by his family becoming fixtures of the Christian lecture circuit (yes, such a thing exists). Duck Dynasty memorabilia from cookbooks to bobbleheads can be found in Christian bookstores, such as Lifeway. 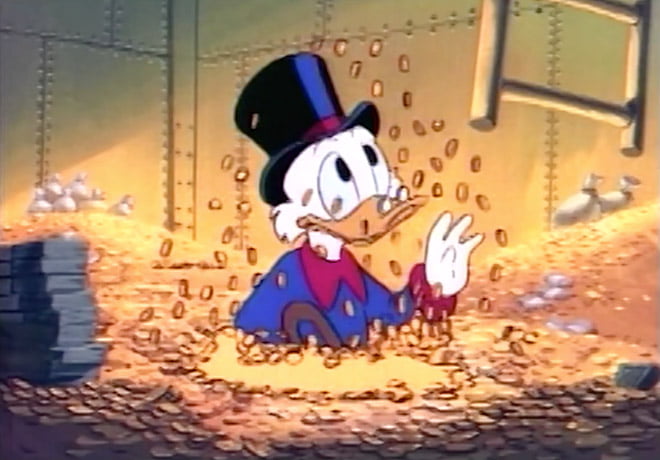 Indeed, it’s good to be in the duck business. 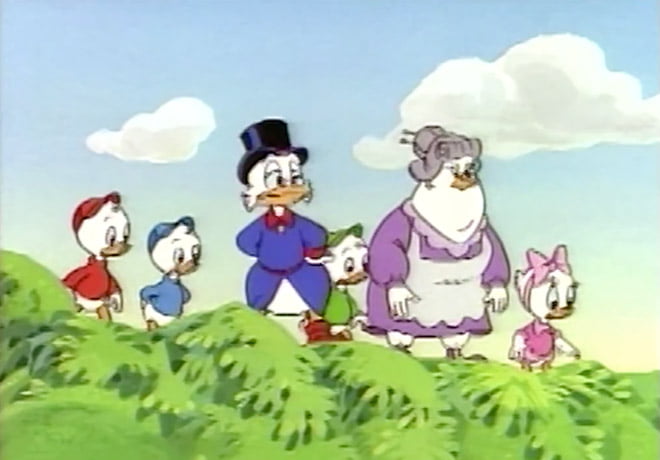 SCROOGE: That down there is Sodom, the worst place in the world. It’s full of all sorts of terrible things. 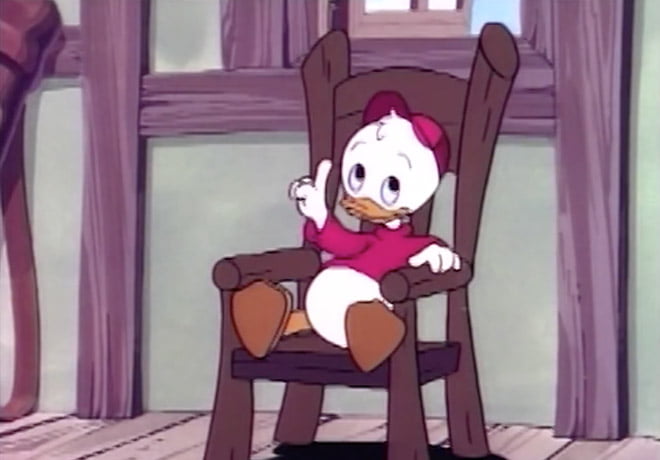 HUEY: What sorts of things? 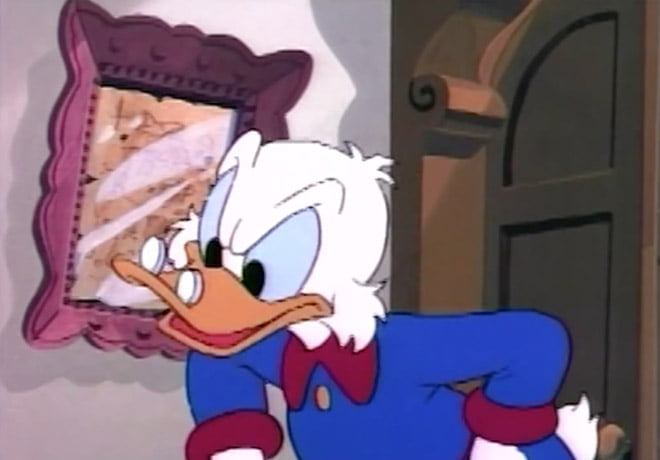 SCROOGE: Terrible things, boys. Like male ducks having sex with other male ducks. 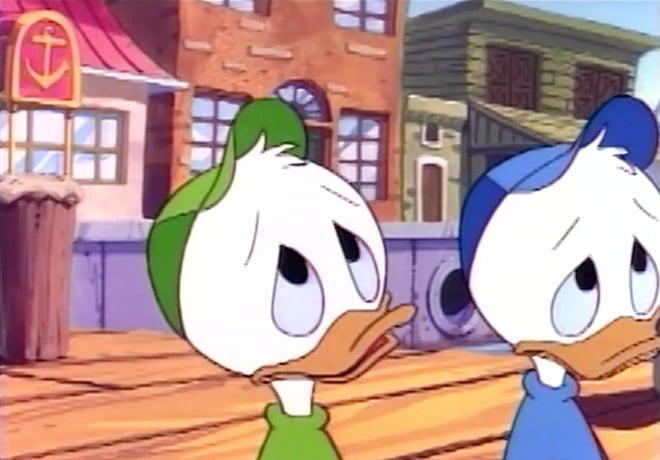 LOUIE: That doesn’t sound so bad… 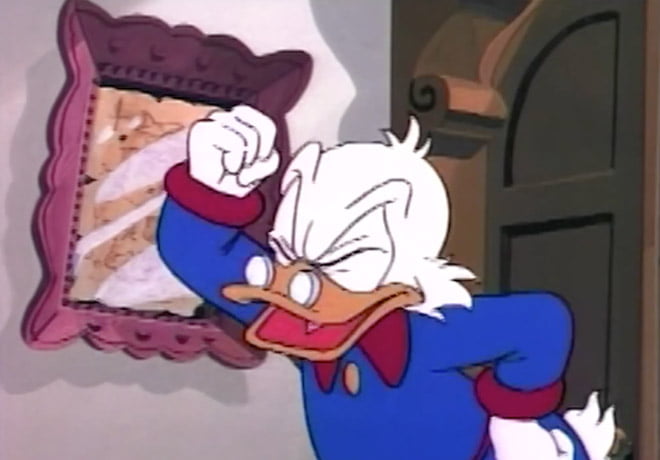 SCROOGE: Damn it Louie, it is! It’s a terrible thing.

SCROOGE: It seems like, to me, a vagina—as a man—would be more desirable than a man’s anus. That’s just me. 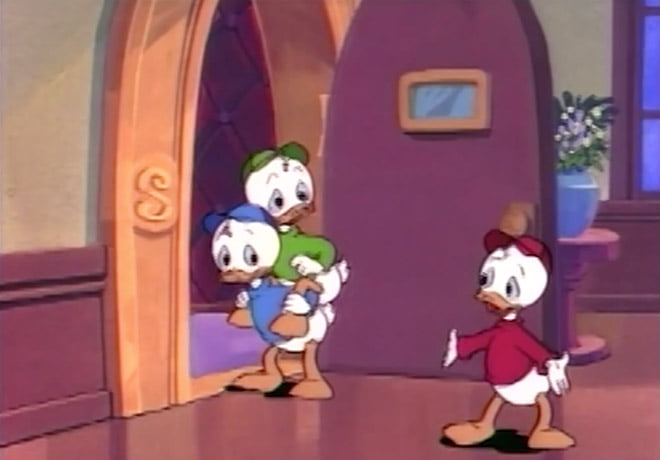 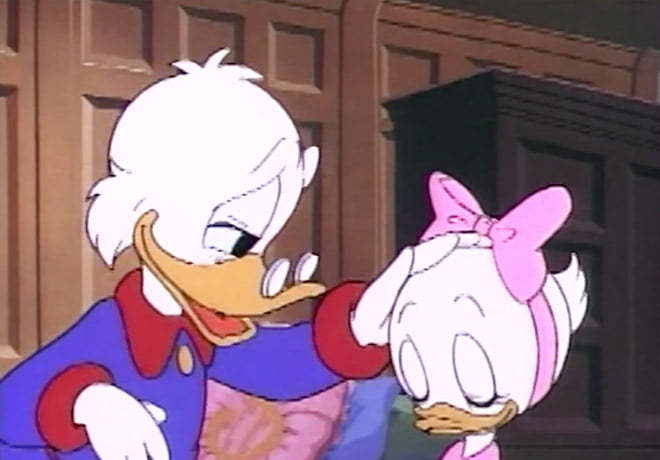 SCROOGE: I’m just thinking: There’s more there! She’s got more to offer. I mean, come on, dudes! You know what I’m saying? 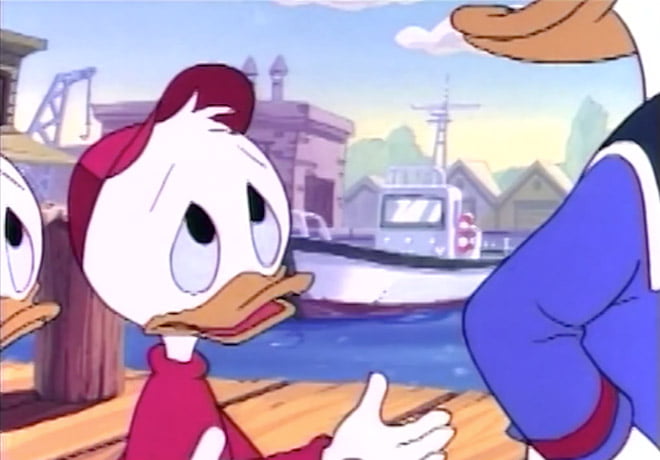 HUEY: Sure, we guess so, Uncle Scrooge. You’re saying we should prefer vaginas over anuses? 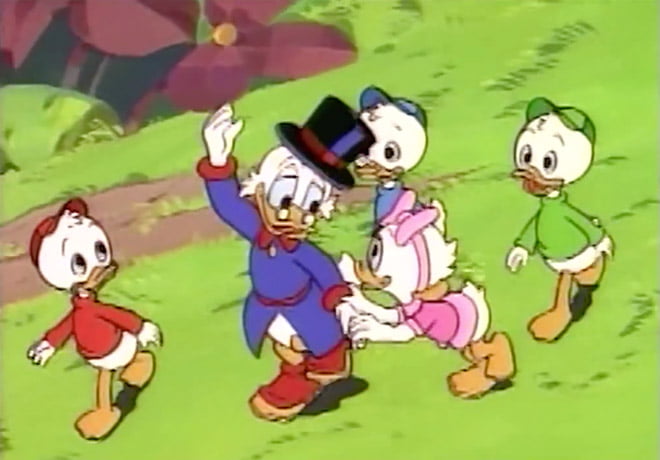 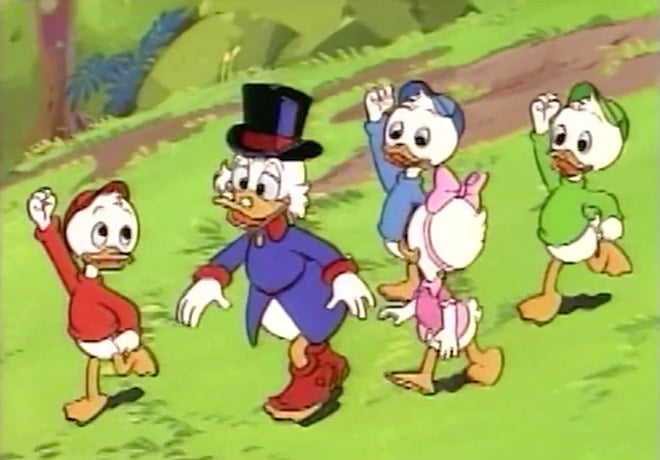 SCROOGE: Sure, Webby. Boys, wouldn’t you prefer Webby’s vagina over a nice anus? 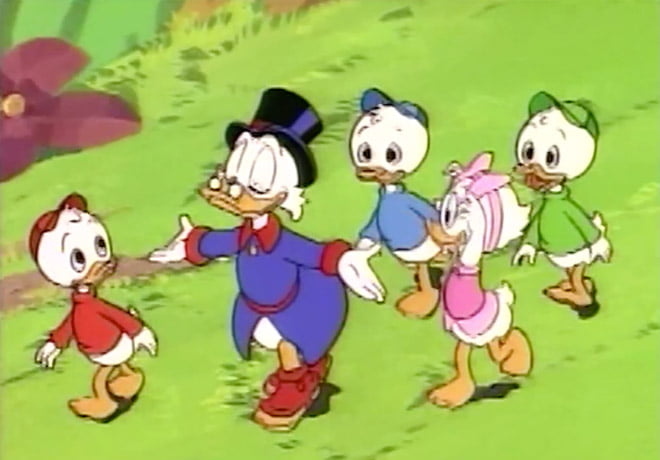 SCROOGE: But hey, sin: It’s not logical, my man. It’s just not logical. 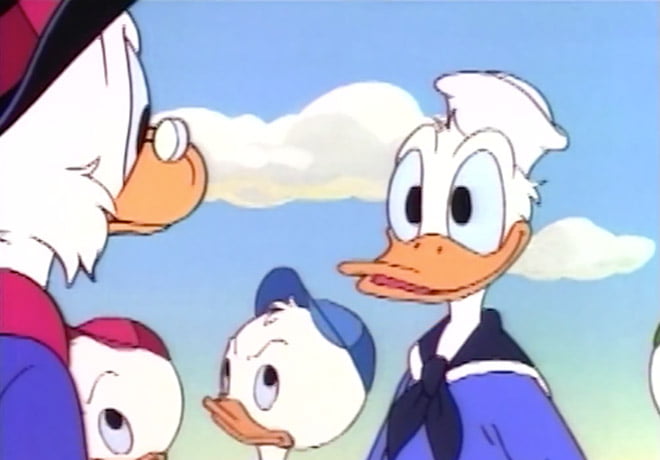 DONALD: Scrooge, you were poor as a kid. Tell the boys what it was like when you used to work the fields as a boy! 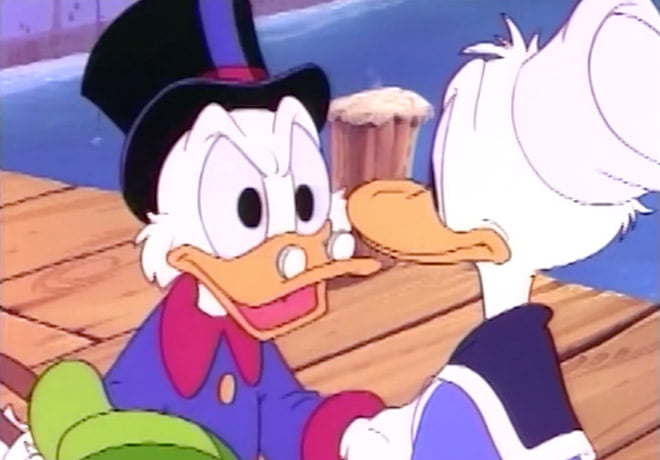 SCROOGE: I never, with my eyes, saw the mistreatment of any black person. Not once. 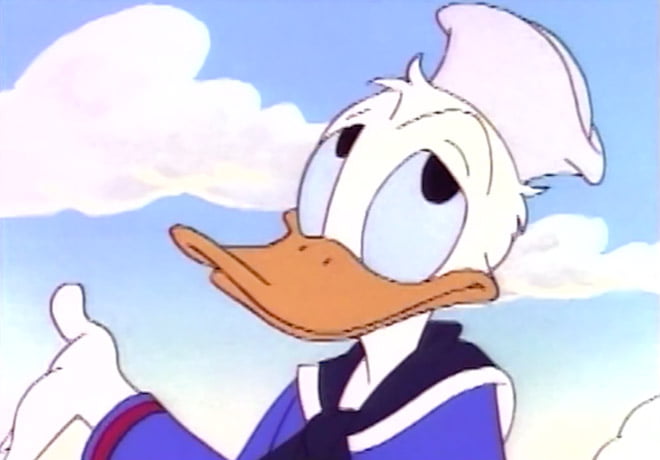 DONALD: That really wasn’t the question, but whatever.

SCROOGE: Where we lived was all farmers. The blacks worked for the farmers. I hoed cotton with them. I’m with the blacks, because we’re white trash.

LOUIE: Sure, I guess. But equating being trash with being black makes me uncomfortable…

SCROOGE: We’re going across the field…. They’re singing and happy. I never heard one of them, one black person, say, ‘I tell you what: These doggone white people’—not a word!

HUEY: Seriously Donald, he says racist shit like this all the time.

SCROOGE: Pre-entitlement, pre-welfare, you say: Were they happy? They were godly; they were happy; no one was singing the blues. 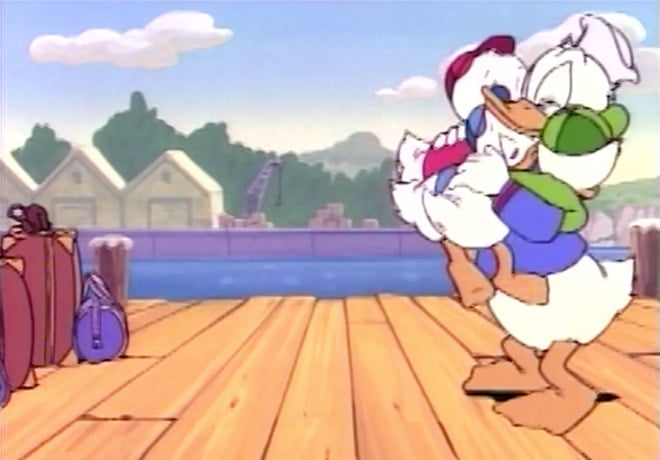 DEWEY: Never leave us alone with him again! He even makes my casually racist friends uncomfortable.

Dear Asshole on the Internet

An athlete’s guide to poetry and William Blake