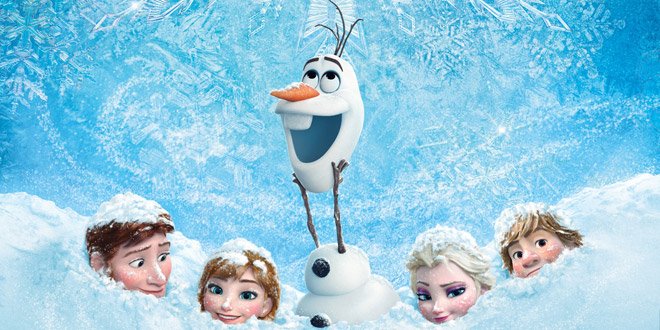 To successfully tweak a formula, one must first immerse oneself in it. No one could argue that Disney hasn’t been immersed in the princess formula over the years, but it took screenwriter and co-director Jennifer Lee to finally shatter that formula for good.

Frozen is a loose adaptation of Hans Christian Anderson’s Snow Queen story. A pinch of Wicked helps give us the story of two sisters scarred by a childhood accident that eventually will lead one on a path to darkness. That path comes so organically here that by the time Elsa (Idina Menzel) is belting out the show stopping tune “Let It Go,” we missed her accession to villain de résistance.

Speaking of the music, Frozen feels like a throwback to Disney’s early-90s glory of animated musicals. “Let It Go” is the highlight with Menzel’s vocals, but tunes “Fixer Upper” and “Do You Want to Build a Snowman?” equally shine. It’s difficult to imagine, but an entire generation has now grown up without an original Disney animated musical in theatres. This is indeed a rare treat for them.

I earlier credited Jennifer Lee for much of this film’s success, and I do so because Frozen, even more so than Tangled before it, feels like the achievement of third-wave feminism. Our central characters are the two sisters, Elsa and Anna. Love finds at least one of them, but both discover self-reliance apart from a prince riding into save them. They’re both princesses in the classical sense, but they’re also heroic protagonists with flaws and insecurities. They’re not simply real women depicted on screen, but real human beings. When was the last time you felt that way about a female cartoon character?

Frozen is charming and winning for the entire family. It’s the third in a successive line of Disney’s return to form—following Tangled and Wreck It Ralph. That I feel so enthusiastic about it is no doubt one part a reunion with an old friend, and one part awe at how much they’ve grown.

Review: She-Ra and the Princesses of Power: Season 5