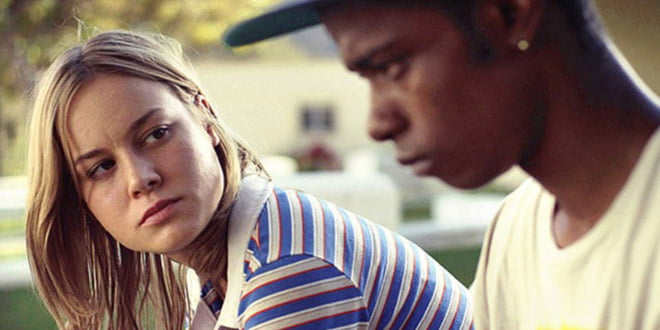 In college I minored in non-profit administration and took several courses with social work majors. While I wanted to help kids, they often exhibited a need to save kids. I sometimes wonder how many of them ended up beaten down and broken by a dispassionate system, or their impassioned selves? Director Destin Cretoon’s Short Term 12 asks similar questions, and it’s to its credit that it doesn’t return easy answers.

Grace (Brie Larson) works at a foster care facility and exhibits as much emotional damage as the kids she supervises. For that matter, the entire staff seems one day behind on rest no matter which day it is. They’re tough when they need to be, but there’s a familiarity that goes beyond training. A new kid, Jayden (Kaitlyn Dever), is the spark to this kindling, and when things start burning they simply transcend from one fire to another.

As the fire overwhelms from without, from within Grace feels the pressure mounting. Her relationship with co-worker Mason (John Gallagher Jr.) is escalating too quickly, and a family secret simply won’t stay buried in the past. All this setup may sound like a Lifetime TV movie, and with a lesser cast and director it might have been. Here, on the other hand, little moments shine and delicately balance between schmaltzy melodrama and helpless nihilism.

A young man asks to shave his head, but the tension comes not from threats of violence (a recurring theme is many of these kids want to do themselves harm), but an emotional bloodletting. He fears his own bald head not for simple vanity, but for what it might reveal of his past. In less sure hands this scene and others could be cloying, but here they resonate as honest, stripped-down depictions of the insecurities all people share. Early moments like these rush in like the first waters that don’t trigger alarms of a tsunami, but quickly the floods have overwhelmed both characters and audience.

Short Term 12 is about as flawless as this type of film gets. It refuses to waver from its harsh depiction of reality, even when cranking the drama would pay off more. It’s subdued in all the right places, much like Grace is in working with the kids. Don’t let the odd title mislead you; this is one of the best films of the year.