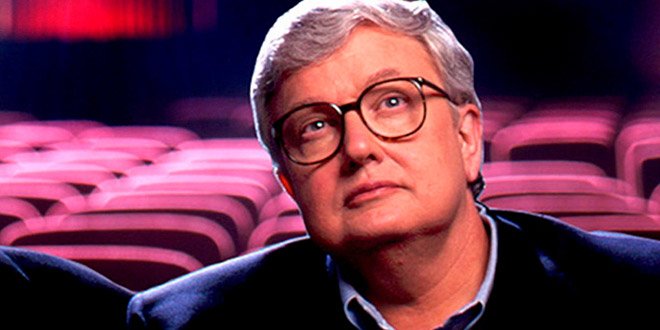 Looking back, I grew up in a special time in the history of cinema. The old movie houses were still operating downtown, and the first VCRs were arriving into homes. There was a tangible connection to the past, and an exciting view into the future. Of course, the advent of home video also gave rise to the modern indie film market. Even if a film couldn’t find wide distribution in theaters, video stores were desperate for new content to keep consumers coming back night after night.

It was also the era of Sneak Previews and At the Movies with Gene Siskel and Roger Ebert. For a kid form a small town in Kentucky they were a film class beamed into my home every Saturday afternoon. Of course they dissected the big Hollywood hits, but they also shined a light on smaller films which, thanks to the VCR, I could actually see, if only at home.

All of that is to say that I’m incredibly biased when it comes to these two men. When someone makes a film about them, as in this case director Steve James (Hoop Dreams) has, I am inclined to like it before viewing a single frame. I’m biased, and I’m okay with that, but you should be aware of that, too. So did I like this film? Yes, I loved it, but not for the reasons one might assume.

When producing a biographical documentary there are a few directions one can go. You can do a dry retelling of their life year by year. This film begins there, and it had me worried. You can also do a dry academic dissection of their life and contributions. There are times this film seems to be headed there, as well. Again, I was worried. But what saves this film—what elevates it and allows it to transcend its own meandering inclinations at times is passion, which in this case is Roger’s passion.

We’re introduced to his passion for the written word at an early age. When the doc ventures into some of his choice reviews of films, it isn’t the movie footage that captivates, but the words of a man who saw what that footage could do to an audience. It is trite to call his writing at times poetical, but like the best poetry it channeled his passion for the films directly to the reader. That his passion carried over to the filmmakers themselves he was writing about is no surprise. What might be enlightening to audiences is how much of a factor he played in some of their careers.

Still, James smartly centers the film around Roger’s relationship with his wife, Chaz. It must have been quite challenging for her to shoot the footage shown here in the hospital, but perhaps even harder to shoot the interviews reflecting on it. That she, and the widow of the late Gene Siskel, carry much of this film through their storytelling is a testament to the strength of these two women, and what it must have meant to these two men. We are forever indebted to them for it, and for Steve James for being wise enough to know where to point his camera.