Always remember. Never forget. But what? 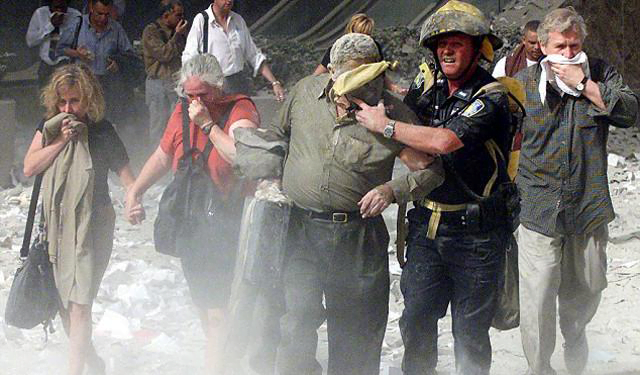 Always remember. Never forget. But what exactly are we trying to keep in mind?

Seventeen years on from 9/11, everyone still feels inclined to post to their social media messages of remembrance. However, I rarely see what it is we’re supposed to remember. Is it the people who did this? Is it the people who died? Is it, as Alan Jackson asks, “Where were you when the world stopped turning, on that September day?”

That might seem myopic to some, but just as with Memorial Day and Veterans Day we should inquire what exactly we’re honoring. I suspect, in the case of 9/11 at least, we’ll get a few different answers.

In the years immediately following the event, many used “never forget” as a rallying cry against terrorism. It was the equivalent of the “No Easy Way Out” montage in Rocky IV to these people. “Never forget” became a mantra for vengeance.

If we’re instead supposed to “always remember” those who died on that day, then it seems odd that while we focus on who Nike puts in ads or what Serena Williams wears on court, Jon Stewart is appearing on TV appealing for us to, in turn, appeal to Congress to fund the Victims Compensation Fund.

What about where we were that day? Writer Malcolm Gladwell made a good argument in a recent episode of his podcast Revisionist History about the fragility of memory, especially in relation to big events such as 9/11. He compares his memory of the event to a neighbor’s, and how terribly different they remember where they even were. The truth is that the details of major events such as the Challenger disaster, John F. Kennedy’s assassination, the moon landing, etc. don’t usually matter to the vast majority of us. What we’re actually remembering is how we felt.

So, what we not forgetting? Kids not even born on September 11, 2001 are high school seniors this year. They have grown up in a world fundamentally changed by that day. Twenty-year-old films might seem odd to them with their scenes of people greeting loved ones at the airport gate (in fact, 2001’s Not Another Teen Movie features just such a scene). They have never known a day when our country wasn’t at war. For any of Middle Eastern descent, they have never known a time when some corners of their community didn’t view them suspiciously.

Just as with Memorial Day and Veterans Day, it is important that we not take such days for granted—simply celebrating them by waving our tiny American flags. What did soldiers sacrifice their lives for in the wars since 9/11? What have we sacrificed as a society in the days since? Who were we before 9/11, and were we better? If so, do we even know how to get back there, again?

One last note. There is something easier to remember—something less colored by the memory defects Gladwell speaks of. In the days and weeks after 9/11, as many of us huddled around televisions to see the wall to wall coverage, what do you remember? The unity of not only a country, but with the unity and condolences of much of the world. People of every walk of life lining up to help in the streets of New York, or throughout the country by donating time, money, and even blood.

There are many arguments for what we should always remember or never forget, but my preference is for the banality of everyday kindness.

In a pandemic, what we need from each other

Girl, Wash Your Hands: They’re Covered in Someone Else’s Blood

Why for 30 days I’ll be thanking instead of thankful