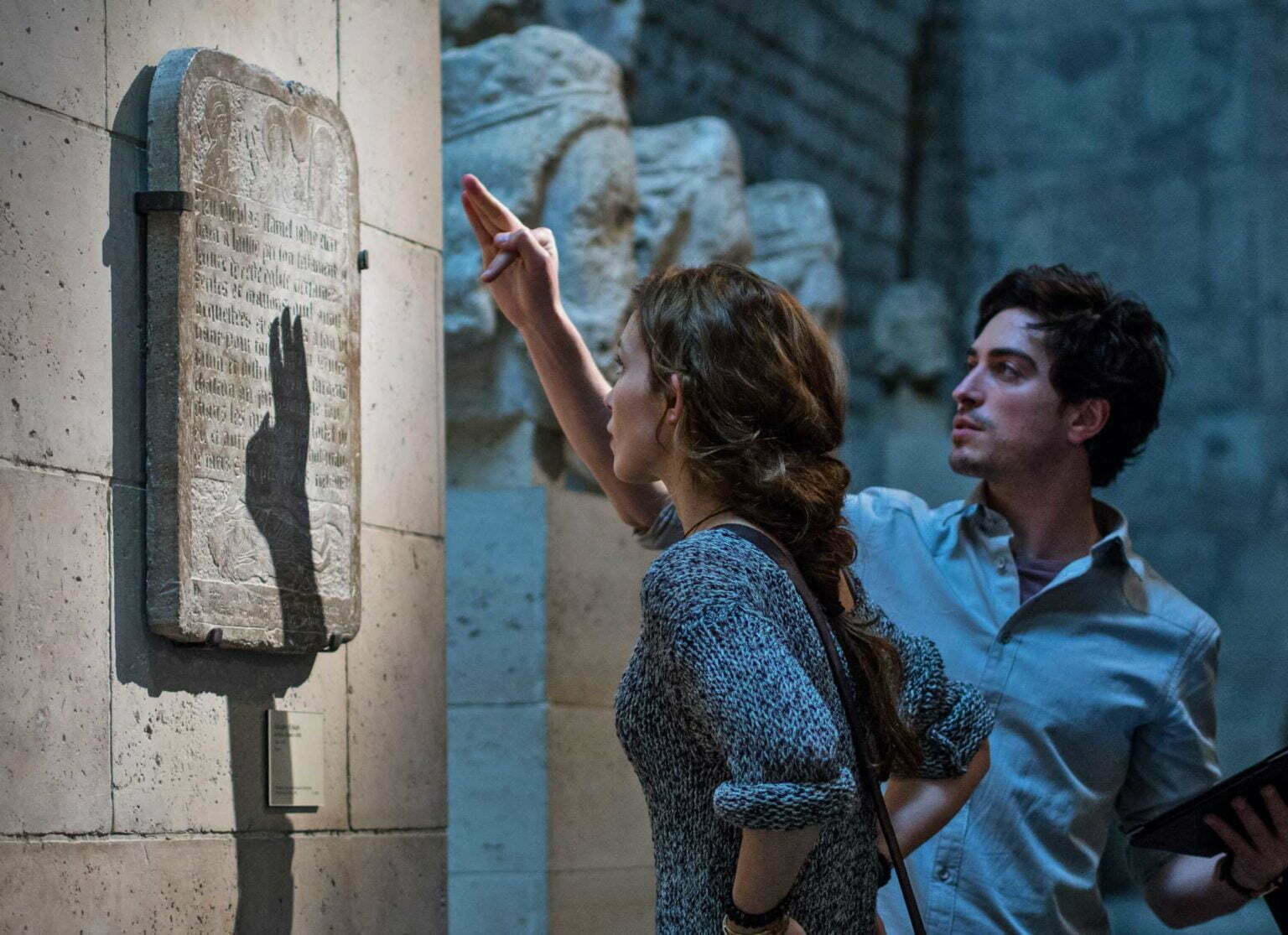 As Above, So Below
Features

The “found footage” subgenre of film is interesting because outside of the original The Blair Witch Project, Cloverfield, and Chronicle, it hasn’t really been used well in films. And even in those three, it can be argued it was only necessitated by Blair Witch. Regardless, here we are with As Above, So Below trotting out the same trope of people running for their lives while holding onto their cameras throughout (one happy moment came when someone dropped the camera, but alas they came back to pick it up).

Scarlett (think Lara Croft, Tomb Raider) is the kind of hero that gets a lot of grief. She’s fluent in multiple languages with multiple degrees. Oh yeah, she’s also beautiful and knows Krav Maga. Look, people like this do exist, but it’s lazy writing. She’d be more interesting if she actually had a flaw beyond being headstrong. Early scenes of her exploring tombs and solving riddles actually work decently well. The basic plot is that she gets a team together to explore the catacombs beneath Paris in search of the Philosopher’s Stone, which will grant immortality. That search literally takes them to Hell and back as they descend through the nine circles presented in Dante’s Inferno.

And if that sounds like an interesting film, get ready to be disappointed. The actual film never lives up to its premise. Instead, the found footage aspect means there’s constant shaky cam which might require some Dramamine. Hell itself is basically a series of tight caverns that play out like a haunted house with things jumping out from the walls occasionally. The perspective of seeing all this from someone’s head mounted cam adds to the haunted house effect. More problematic is that the central rule the film sets up (though doesn’t explain until the last moments) is that the crew must confess their sins to make amends and escape. Except, none of their sins are really set up until the last moment. Even Scarlett’s, though alluded to vaguely, is kept as a mystery until the film’s climax. Mystery can be good in a horror film, but here it just feels like they didn’t come up with the atonement premise until they were shooting the ending and did a few days of reshoots to add in the earlier scenes. Show us tortured characters before we even get to the catacombs and maybe you’d have something. Skip it.