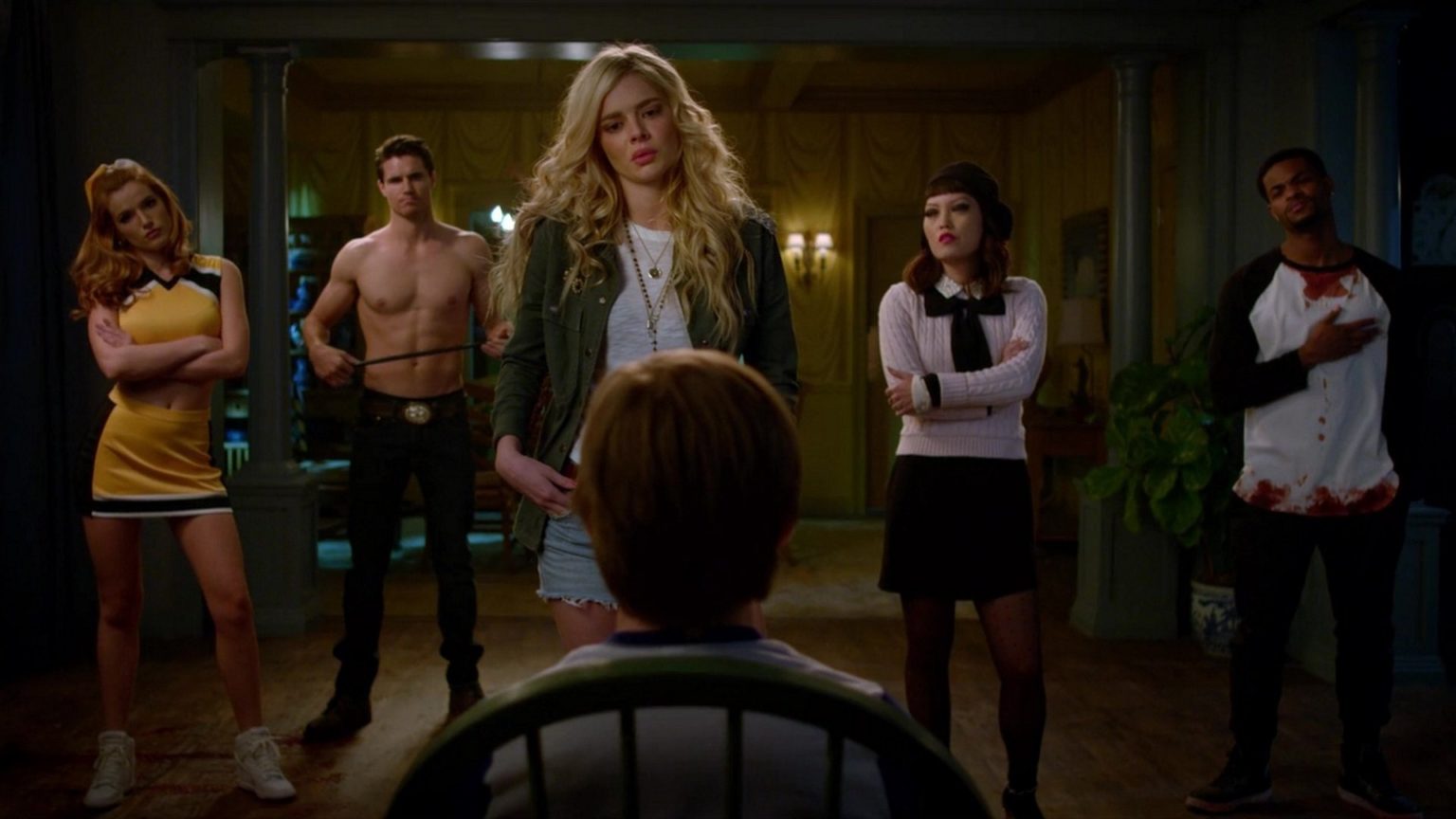 31 Days of Halloween: Day 6 – The Babysitter

Do you want to watch a bunch of obnoxious stereotypes get murdered over 85 fairly quick minutes? If so, The Babysitter is the film for you. If you’re expecting much more out of it? Well, there still might be something worthwhile for you.

What if you discovered your babysitter was actually the leader of a bizarre cult performing human sacrifices? You’d go all Home Alone, as one of the cult members points out, on them, right? That’s the fairly simple premise, and it’s liberally peppered with humor and slow-motion bikini shots worthy to keep your attention. Unfortunately, all of that comes at about 100 decibels. Even the quiet stalking scenes are loud in this movie! How is that even possible?

Oh, right, McG directed it. McG is the kind of director where you see the root of real talent, but it always feels like he’s screaming it into your face. Remember how by the time he got to the second one you felt like he was directly assaulting your eyeballs? This never quite gets that bad, but it probably falls somewhere between those two movies. Some people will eat it up, and I can’t entirely blame them. There’s some fun to be had here. Personally? Even 85 minutes felt too long by the end. Maybe 45 minutes as an episode of TV?