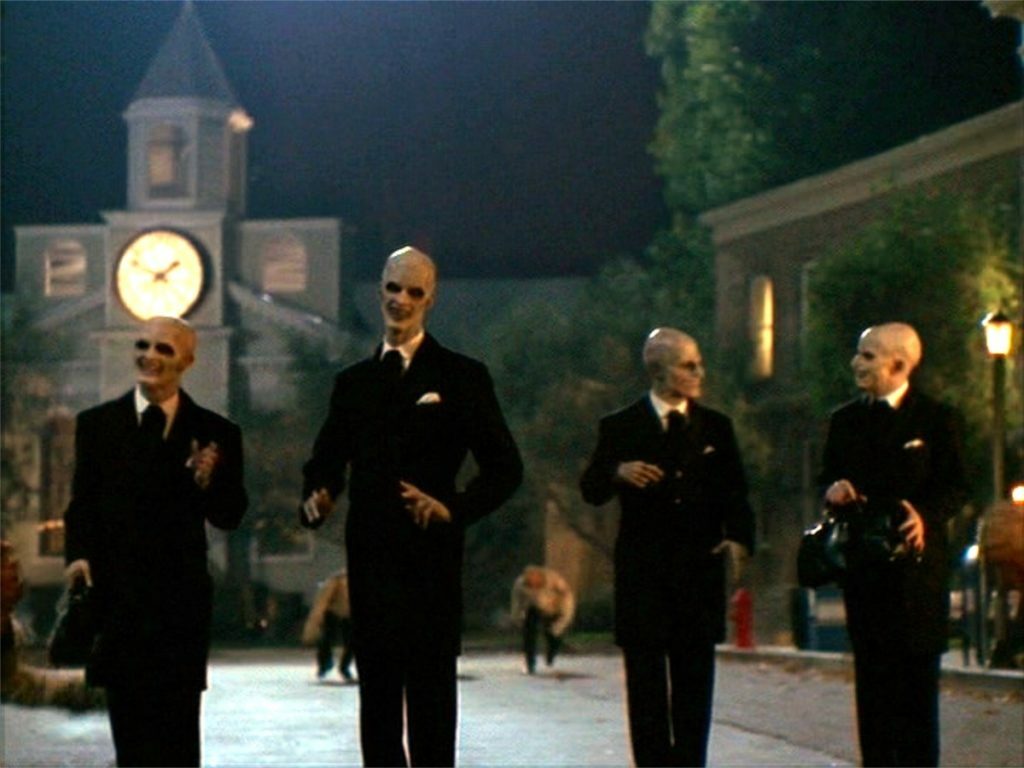 By JustinOctober 11, 2018No Comments2 Mins Read

For a show with a goofy title, Buffy was surprisingly sparse on the gimmick episode. Yes, everyone knows it kicked off the modern movement of every show having a musical episode, but that and “Hush”, which goes in the completely opposite direction as a silent episode, are about it.

I’ve seen “Hush” easily over a dozen times now and what continues to resonate is the fact it’s about something. Like most good horror, it reaches beyond just scaring you to say something—in this case about communication and how the limitations of language often get in our way. Strip language away from us and people, theoretically, actually begin communicating. While that big idea is the structure of the episode, it’s all the little details that build a solid foundation. Early in the episode Buffy and Willow scoff at the message board salesman taking advantage, only to cut to the next shot where they enter Giles’ wearing them. Xander argues over how tasty he would be to a vampire, the bank is closed while the liquor store remains open, everyone wanders through town like a zombie when speech is loss, Giles’ slideshow, and more. What could have come off as goofy instead comes off as fun and witty.

Not enough credit can be given to the creature design of the Gentlemen (including lead performance by Doug Jones) and the score. The two combined to create truly memorable villains, which is something not often seen in television. They seem both reasonably descended from fairy tales and at the same time nothing you could ever imagine in a book for kids. It’s truly worth your viewing time for those two aspects alone.