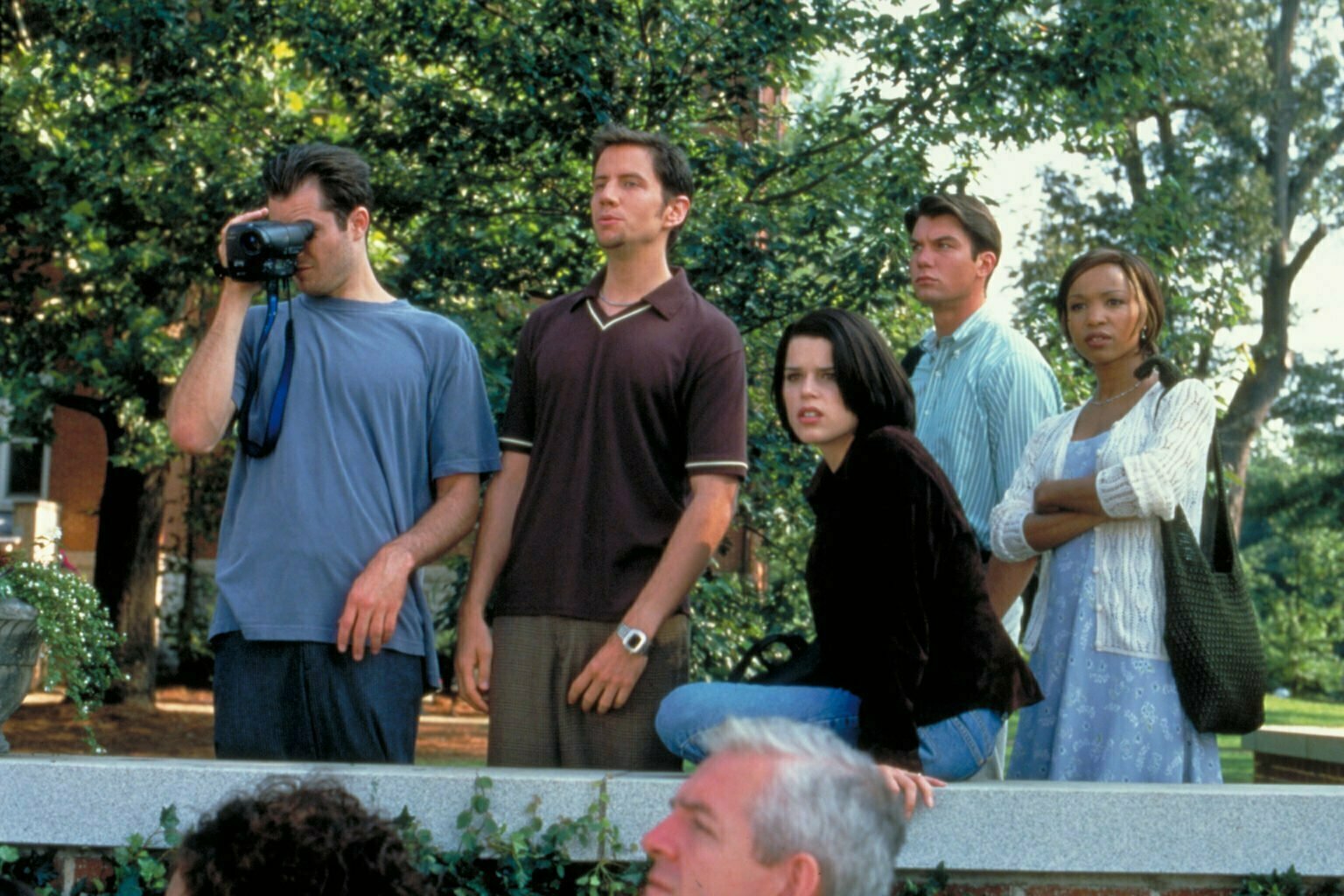 By JustinOctober 12, 2018No Comments2 Mins Read

The first Scream works so well because, at its heart, it’s just a really solidly made slasher flick. For all the talk of its meta quality, it was really the follow-up, Scream 2, that truly plays with the conventions of the genre.

The original Scream begins with Drew Barrymore’s character being taunted over the phone and it works exceptionally well. However, the only meta aspect to the scene is that unlike in most horror films, they actually acknowledge that other horror films, such as Friday the 13th, exist. By contrast, Scream 2 begins with characters attending a screening of Stab, the film based on the events of the original Scream. The theater is handing out Ghostface masks like the original killer wore, and everyone is playing along with the macabre vision of people being killed on screen by Ghostface while people pantomime it in the audience. This all feels reminiscent of screenings of The Rocky Horror Picture Show and prophetic of a new age of movies where people would show up to Star Wars and Harry Potter premieres in full costume. There’s even a certain darkness to it now in hindsight as it’s difficult not to think of the Aurora, Colorado theater shooting. It feels like a commentary of the bleeding between reality and fiction to the point where we no longer know where the screen ends, and our lives begin.

But there are also inspired set pieces. About midway through the film our main cast searches for the killer during the middle of the day in a campus quad and it’s one of the few successful horror scenes to be set during the day with plenty of light. Later, the killer stalks prey through a sound recording studio with the sound proofing cutting out any sound cues. Yes, the final reveal is overly convoluted, but everything else shines so much. This is director Wes Craven at his bloody best.