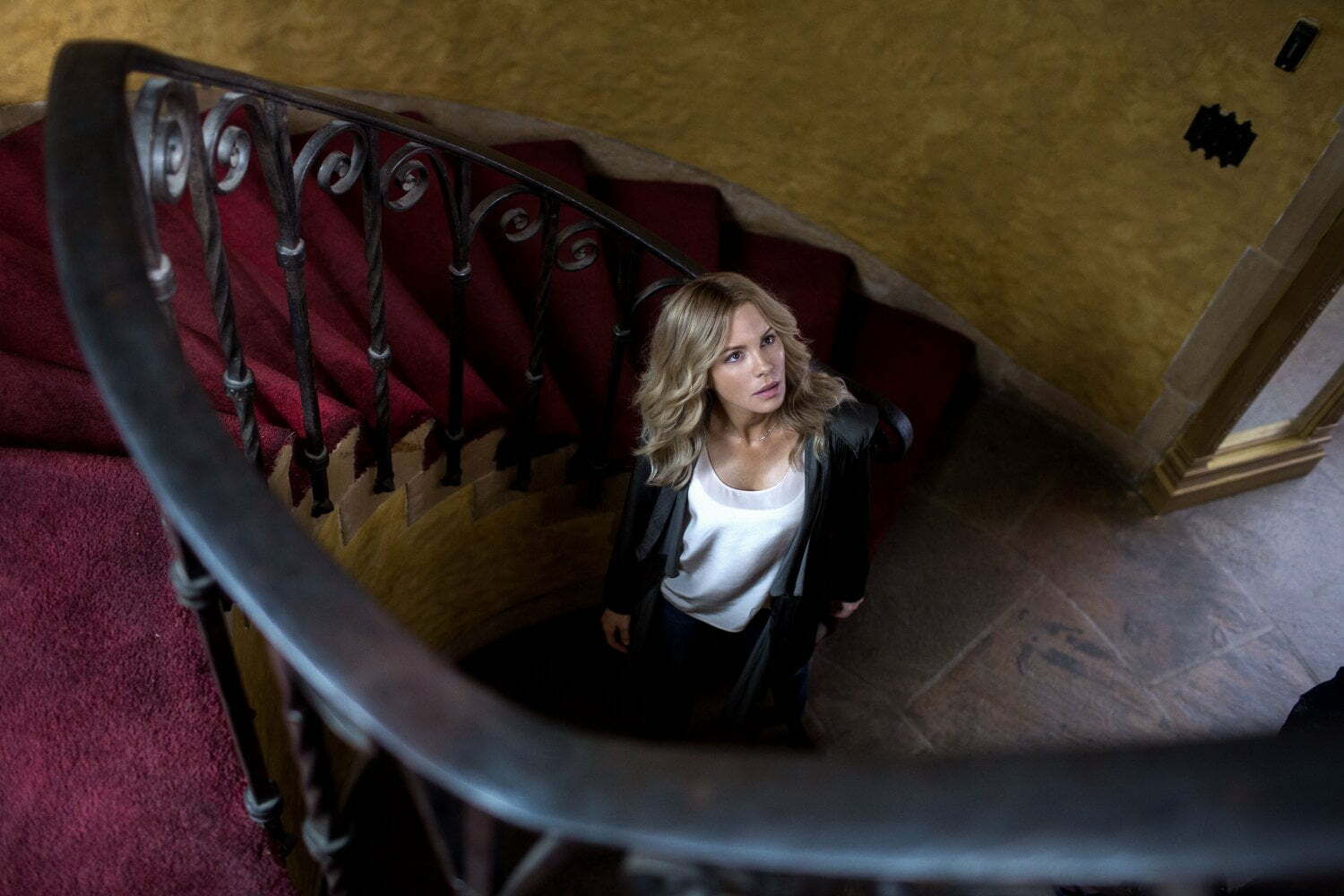 By JustinOctober 16, 2018No Comments2 Mins Read

The Disappointments Room’s title sets itself up for all sorts of jokes, but perhaps a greater disservice was done by the film’s trailer which sold this as your typical horror flick. It’s not. In truth, it’s not much of a horror film at all. Sure, it has the trappings to begin, and that’s not to say there aren’t some attempts at jump scares, but this is probably more accurately described as a psychological thriller, and not a very good one at that.

Kate Beckinsale stars as Dana Barrow, an architect that has moved with her husband and son to one of those country estates that only exist in movies. There she discovers a secret room in her house with a locked door. And then that all gets resolved in less than ten minutes. So, what’s behind the door? A disappointments room where families would hide away children they thought would bring shame to the family (mentally slow, disfigured, etc.). Think the first wife in Jane Eyre (which coincidentally, it’s on the television at one point in this film). From there, the film has very little mystery left and kind of spirals spectacularly out of control. By the end—and this is a pretty big spoiler—we discover that Dana is imagining anything halfway creepy because she has been driven nuts by the grief of accidentally killing her daughter years earlier.

There’s a lot to unpack in discussing this film. It’s a mess editing wise. Scenes more smash together than smoothly transition from one to another. I suspect, especially when it comes to its dinner party scene near the end, that there was some studio meddling. This feels like a movie reedited to try to salvage it with a brisk hour and a half running time (I in fact checked and the film was reedited for home video release after having sat on a shelf for two years to even get a theatrical release). Kate Beckinsale deserves better than this and so do horror fans.