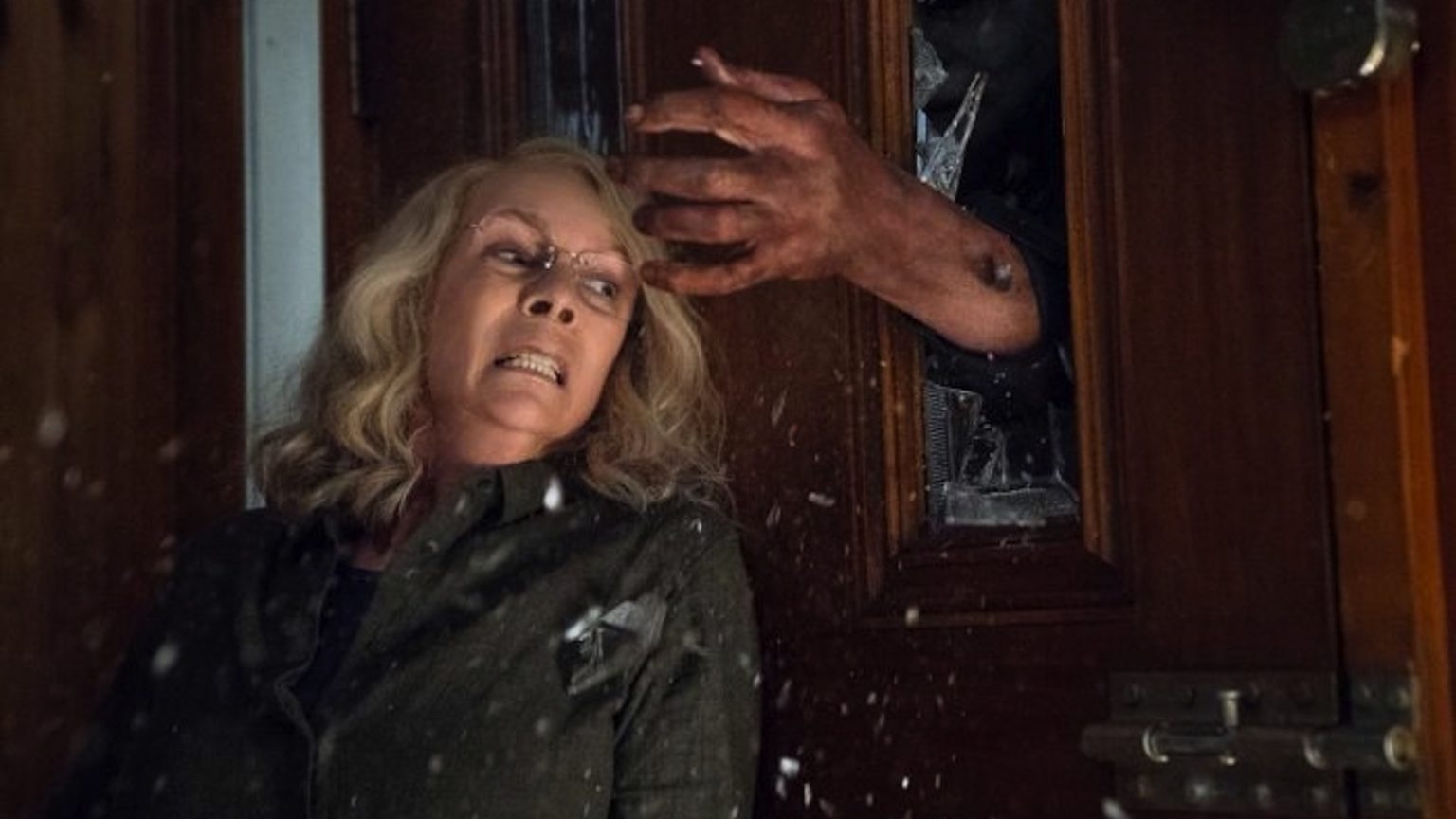 By JustinOctober 22, 2018No Comments4 Mins Read

Here’s an interesting naming conundrum. There are now three films simply titled Halloween. One is a remake, but one is this sequel. This year’s Halloween ignores all the other films in the series, except for the original Halloween. Instead, it serves as a direct follow-up, which we’ve already had once before with Halloween II, and it also serves as a “Where is she now?” for the Laurie Strode character—which we already had with Halloween H20: 20 Years Later, which this film also ignores. Confused yet?

What you really need to know is that this film picks up forty years after the original Halloween. Laurie has an estranged daughter and granddaughter because she’s basically suffering from PTSD which has led to alcoholism (heavily hinted at) and general paranoia. If that sounds familiar, it’s because Halloween H20 basically had the same plot, though this one takes it to some darker places. But is it any good? The general mummering has been that it’s the best Halloween sequel, but that’s like being named prom queen at the Garbage Pail Kids’ prom. It probably belongs in the conversation with Halloween II, but in my opinion everything else is a steep drop off after that (excluding Halloween III: Season of the Witch, which is a classic). It’s effectively scary and it’s an interesting take to see what forty years of living with the trauma of the first film might do to a person. Horror film survivors are so often depicted as fine or simply never addressed. This is a more interesting depiction than Tommy Jarvis in the Friday the 13th films, but they belong to a rare crowd. But yes, before I sound too down on it this is completely worth your time if you’re either a Halloween fan or just a horror fan in general.

So, two other things to talk about. One is a spoiler, so I’ll talk about it last below. First, I think a fundamental problem with the Halloween franchise is Michael Meyers. Michael is introduced to us in the first film as having killed his sister, and someone Dr. Loomis views as “pure evil.” That all works exceptionally well in the first film. Its simplicity is part of what makes it a classic, and in many ways this film tries to emulate that but fails. Why? Because it has to attempt to explain where Michael has been for 40 years, where Laurie has been, why he cares about her still, and how does he escape yet again. That’s a lot of setup that bogs this film down a bit, just like Laurie being his sister did in the original Halloween II, or the cult stuff bogged down Halloween 5 and 6. No real mythology helps the first Halloween while hindering the sequels. The problem with sequels is you have to start explaining things. You can’t just make another Halloween film with Michael killing more random teens. The Friday the 13th films get away with that because Crystal Lake is part of his original mythology. He’s avenging both his mother and his own drowning. Freddy is punishing the children of Elm Street because their parents murdered him (rightfully so for being a child killer). What is Michael’s motivation? He’s just evil—which leaves little place for the following films to go. Instead, the mythology in the best sequels (Halloween II, H20, and this one) has always focused on Laurie, instead. If Jamie Lee Curtis doesn’t return for another film, we’re back into the same problem area.

The spoiler issue is with Dr. Sartain. No, I don’t mind that he’s just a Loomis replacement. I love that the film even calls itself out on that issue. There’s a scene that kicks off the third act of the film where Sartain turns on the sheriff, murdering him and putting on Michael’s mask. Until this point there had been lots of discussion about Michael not speaking, and the film goes out of its way to not show us Michael’s face. How cool would it have been if Sartain turned out to be the real Michael all along? Just chatting and being visible in broad daylight? It would undermine the power of the mask and really throw the series for a bit of a loop. Sure, that doesn’t fit with the movie as is, but it would have only required some minor edits (write out the podcasters, start the film with the bus crash). It would have really challenged our expectations of what evil should look and sound like, and made Sartain’s meeting with Laurie all the more chilling. It might have even addressed the previous mythology issue I addressed by simply blowing it up.