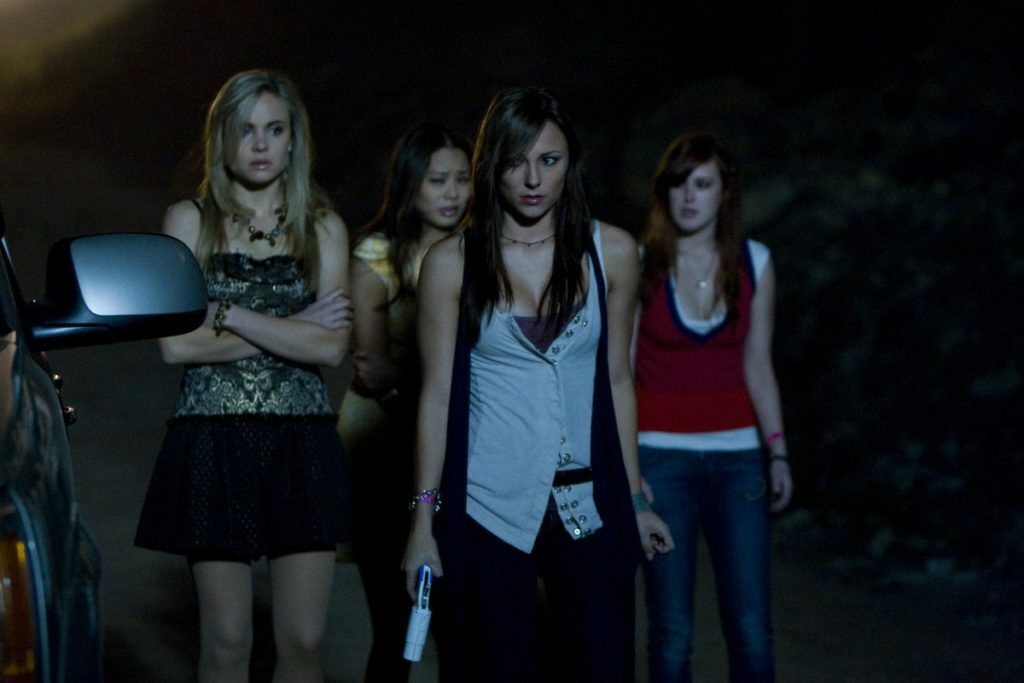 By JustinOctober 27, 2018No Comments2 Mins Read

What is the mindset when writing a film like this? There’s not a single likable character throughout this entire movie. Is the assumption that most people hate sorority girls, even other sonority girls? So, it’s fine to portray them as not only vapid, but actively campaigning for us to cheer on their deaths? Where is the horror in watching people die who we want to die? Do the writers of this film go to World War II films and cry out about those poor Nazis?

This shouldn’t be confused with The House on Sorority Row from 1983. While a remake and also bad, there’s something more palatable about the original. The basic plot is the girls accidentally kill their friend and then a masked assailant proceeds to pick them off one by one. That mostly consists of a modified tire iron being stabbed into them. There’s about as much creativity in the kills as there is nuance in the characterizations. Carrie Fisher shows up with a shotgun at one point and I’m not kidding in saying it was the highlight of the film for me. Still, why even bother casting Fisher if you’re going to let her do a glorified cameo, at best? You waste the most interesting part of your film.

That’s the real shame here. This is a paint-by-numbers slasher. There’s no real tension or fear because we don’t care about the people on screen. In fact, most of the time we’re actively rooting against them. That might work in an Elm Street film where Freddy is the real star, but here we just catch glimpses of our faceless killer with no personality. I know it’s difficult to write good characters, but so many horror films would be more successful if they simply tried. Give us people who, if not real, are at least fun to spend two hours with. I ended this one mad the killer took their time.