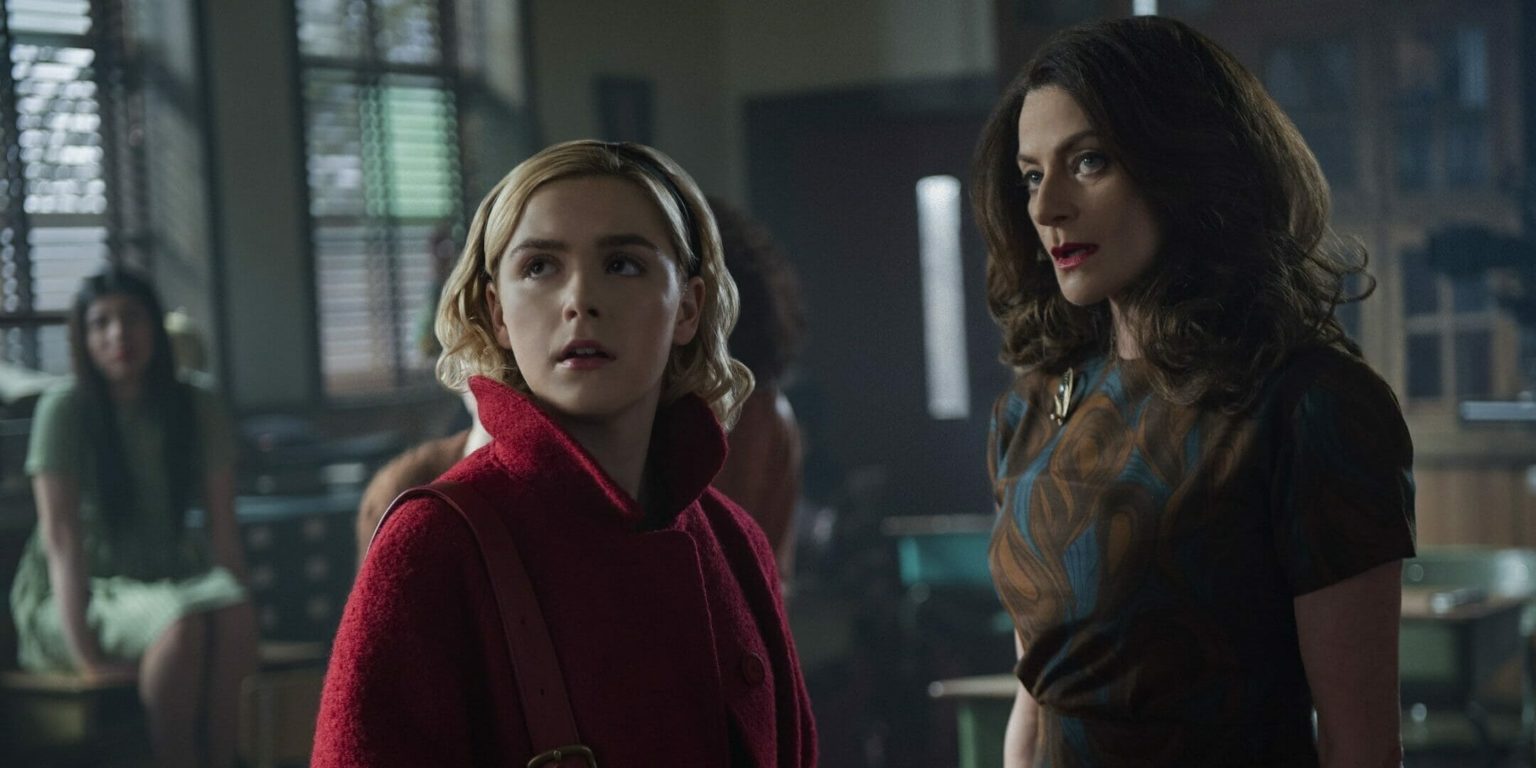 By JustinNovember 19, 2018No Comments3 Mins Read

When it comes to teenage horror series, Buffy the Vampire Slayer is still the aspirational target. No other series has blended teenage drama with macabre visions quite so successfully. The creators of this new Sabrina series obviously had Buffy in mind to some degree, because this is certainly not the 90s sitcom Sabrina many grew up with. But where Buffy winked at the audience to let them know they were in on the joke (starting with the title), Sabrina feels both more self-serious and silly at the same time.

This is a much darker Sabrina with cannibalism, throat slitting, and orgies as fairly regular occurrences. Sabrina is turning 16 and must decide between living with mortals or joining her witch kind at a special school. I won’t spoil her choice but suffice it to say it doesn’t go smoothly. The rest of the season is centered around withes trying to corrupt Sabrina and make her a more devout follower. So, that’ll be a turn off for some straight away. There’s a whole lot of talking about Satan and praising him in this show. If that bothers you, go ahead and skip it probably. Of course, it’s all being done fairly tongue in cheek, but it also has the subtlety of an L. Ron Hubbard novel. Couples are united in “unholy” matrimony. Sabrina receives a “dark” baptism. I get it’s supposed to be campy, but I found myself rolling my eyes more often that not. The joke is old by the end of the first episode and yet they keep hammering it. Late in the season the whole setup of the dark church starts to pay off as a parallel to real organized religion and its problems, but that strand is dropped almost as quickly as it springs up.

That touches on a bigger issue for this series. The writing is jittery at best. Story threads pop up out of nowhere and quickly evaporate. Scenes begin and cut away without a chance to catch your breath. It all feels so jumpy that I never felt like I got to know any of these characters. Late in the season we get a bit more background on Hilda and Zelda, but early on they act positively like they have multiple personalities. I don’t come to a show like this for deep character portraits, but I do expect a bit of character reliability. As it is, this show features amazing set design, great music and costumes, skilled direction, and generally good acting—it’s the writing that fails it.

I found myself often drifting off in episodes just looking at the pretty backgrounds and ignoring most of what was being said. That’s a bad sign for the long-term health of the show. I also think it will limit its audience which it has already hamstrung. It’s too simplistic for older audiences, and likely too gory and graphic for many very young audiences. That leaves it with teens and maybe adults in their early 20s, but many of them might wish it winked at them more often.