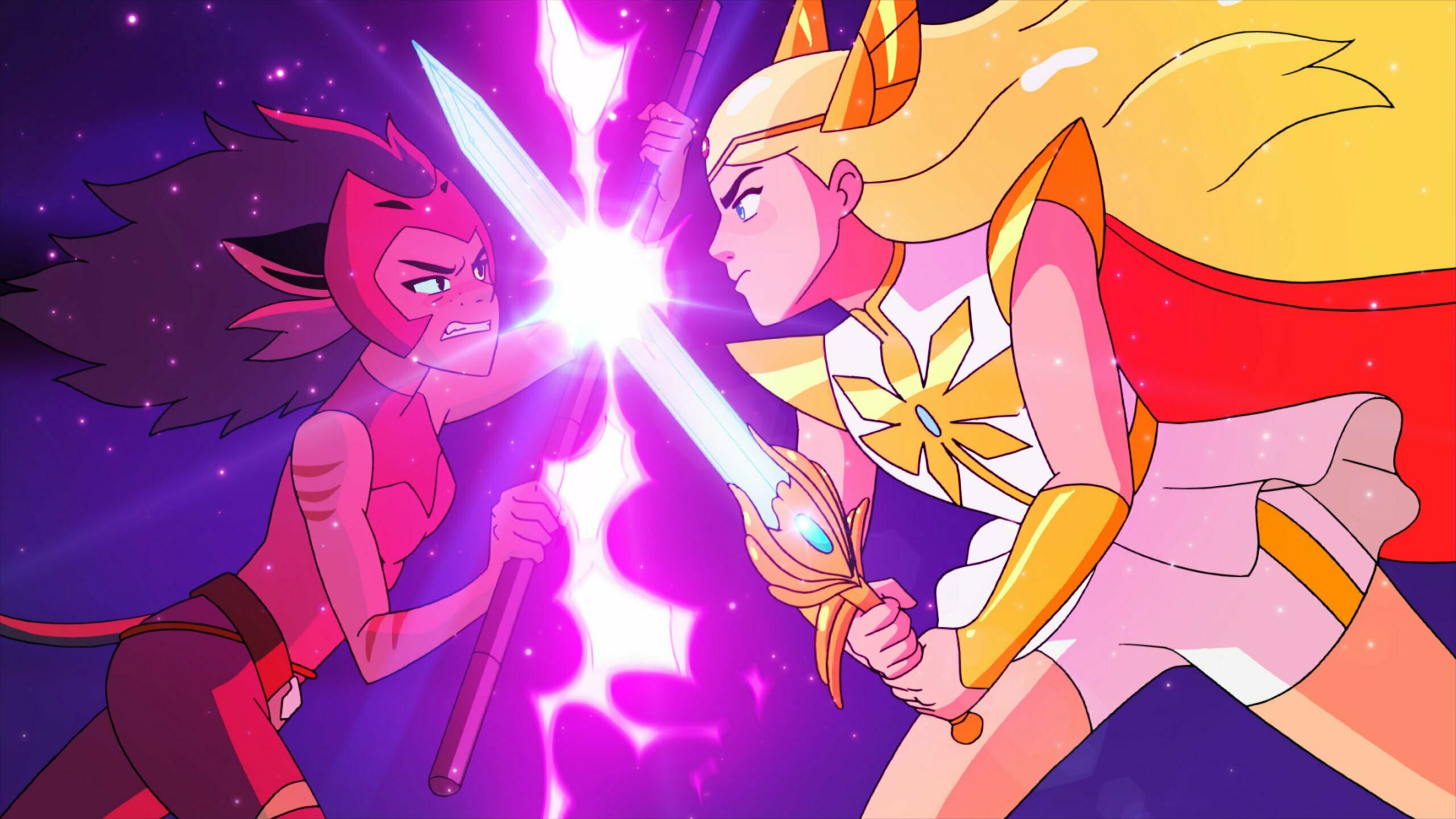 She-Ra and the Princesses of Power
TV

Review: She-Ra and the Princesses of Power – Season 1

By JustinDecember 1, 2018No Comments3 Mins Read

When I was a kid, I watched every episode of She-Ra. That might have made me an anomaly to marketers who saw it purely as a girls’ show, but honestly you could have given me any spinoff of He-Man and I would have watched. How does He-Man’s barber give him that perfect bowl cut every time? I’d tune in every afternoon to find out! But between the cartoon and the toys I discovered something—She-Ra was better written than her big brother. That’s not saying much, but it gave me some hope for Netflix’s reimagination of the series.

The new She-Ra makes it clear right from the title that this is an ensemble show changing Princess of Power to the plural Princesses of Power. That might seem a minor shift, but it plays out big in the series. Early on, entire episode are devoted to introducing individual princesses. This is probably the slowest part of the first season as it’s mostly backstory establishing. Stick with it, however, and the show eventually picks up the pace thanks to its serialized nature. Around episode eight, titled “Princess Prom”, the show takes on a very different tone. It drops some of the Powerpuff Girls infused hijinks for a slightly more somber approach and the show benefits greatly from it.

That’s the broad strokes without any particular spoilers, but it was the details that really won me over. First, it was the varied body types on display. One of the early criticisms of the new art style was that She-Ra was no longer “sexy.” Who are the perverts who found her sexy to begin with? She’s a cartoon! But more to the point, this is a younger She-Ra. Making her sexy would have been creepy, beside the obvious unnecessary. However, this body-inclusive mentality extends to other characters like Glimmer who probably looks more like the girls actually watching the show. The cast has also been given a general diverse makeover. Not only is it more inviting to different young girls, but it accurately reflects the geographical different regions the princesses come from.

The second big positive change is in the characterizations. While there’s some romance sprinkled throughout, outside of one episode it’s never the central focus of the show. Instead, it’s there in the background—including some not too subtle hints (or outright spelling out, depending on your interpretation) of some LGBTQ characters. All of which brings me to the show’s real breakout character, Entrapta. A minor character in the original series, here she is given a pretty hefty role. What’s fascinating is that she’s not your typical good or bad guy. She’s a mad scientist of sorts that’s completely driven by her thirst for knowledge and inventing. It makes her a sort of chaotic neutral character as she isn’t driven by the same goals as any other characters on the show. It’s unusual to have a cartoon character who feels so fresh and new that she’d be a welcome addition to any show—animated or otherwise. This is a show that mothers and daughter will love watching together, but dad will probably sneak in the room for a few episodes, too.