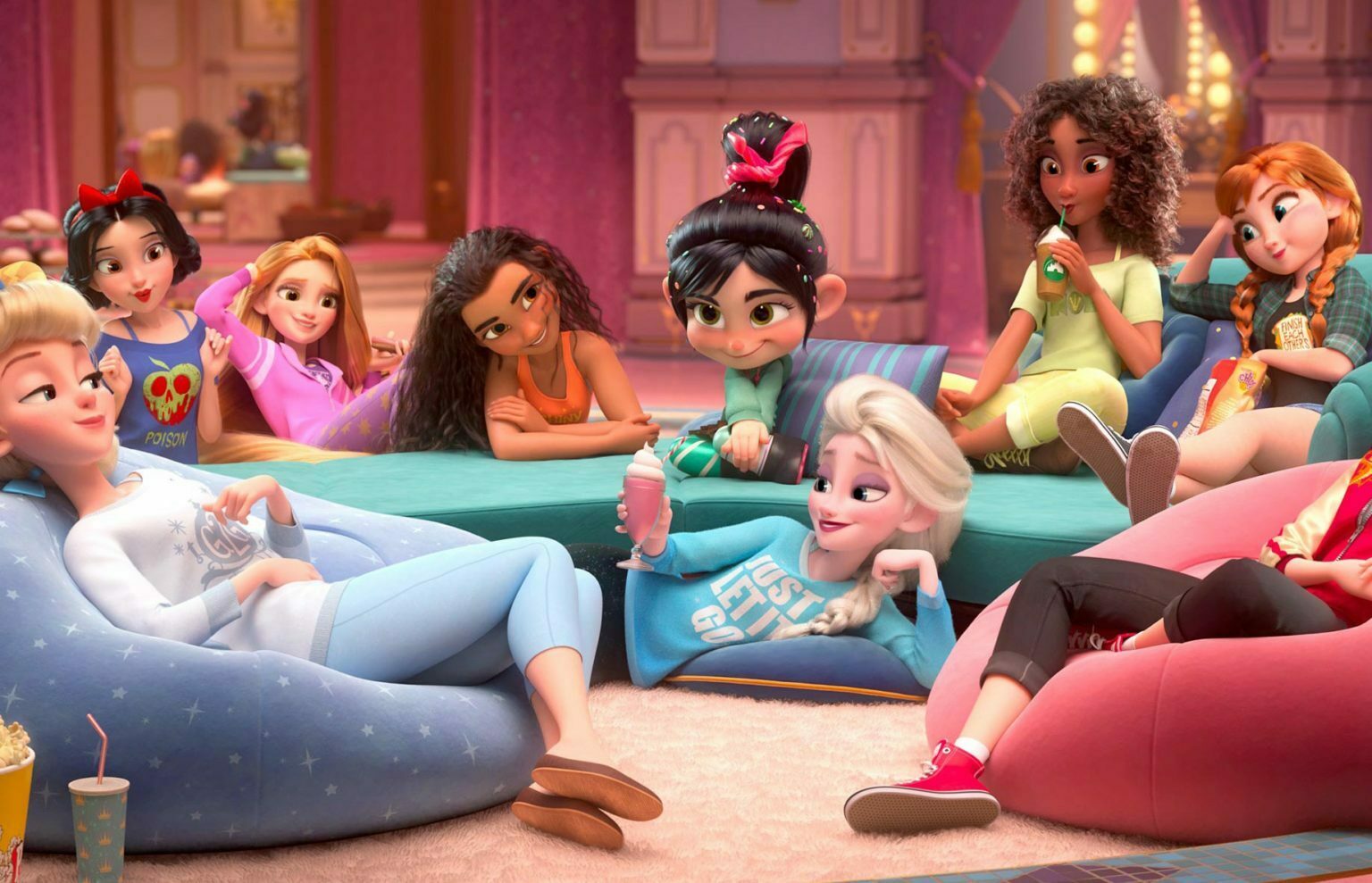 I really enjoyed the first Wreck-It Ralph movie. While not quite delivering on its full premise of a journey into the world of arcade characters, it did tease those characters enough and deliver on the heart of the story to make me happy to hear a sequel was in the works. When I heard that sequel would focus on the internet more than video games, I was disappointed but willing to give the creatives over at Walt Disney Animation Studios the benefit of the doubt. After all, this is the studio that has given us Tangles, Frozen, Moana, and the original Wreck-It Ralph. Well, they stumbled here.

This time we find Ralph and Vanellope venturing online to track down a part to repair an arcade game. Right from the start, venturing away from the video game premise seems like a misstep. These are arcade game characters. When you take them outside of that, they become actually more generic of cartoon characters. Other than Vanellope’s glitching, there’s really nothing here to remind you they’re not just random Pixar characters. Once they’re online (depicted as a futuristic cityscape), the movie descends into a series of outdated jokes about the internet. YouTube is all cat videos. Twitter is all people retweeting cat videos. Spam is all about hot local singles ready to meet you. If those jokes feel old, it’s because in some cases they’re close to twenty years old now. So much of the humor in this film feels like it’s from a bad episode of The Big Bang Theory. The first film had some trite jokes, but at least it felt fresh up on the big screen in a pre-Pixels era. That’s not to say there’s never a funny line, but they’re so few and far between.

The big introduction in this film is a new character called Shank, voiced by Gal Gadot (Wonder Woman). She’s sort of introduced as a villain type in an online racing game that obviously is taking some hints from Grand Theft Auto (but in the most broad possible way imaginable). Eventually she’s revealed to be more of a good guy, and if there’s any saving grace to the plot here it’s that the film doesn’t have a real “bad guy.” The closest it comes to one is Ralph, who it’s revealed is too clingy and controlling of Vanellope. That’s clever, but it really becomes the focus of the plot so late as to feel kind of rushed. A Disney film that fully focused on this issue of overbearing men might really prove to be something subversive and kind of important.

Speaking of Disney, the early ads have heavily hyped the Disney Princesses scene which brings together the titular princesses from Snow White, Aladdin, Brave, Beauty and the Beast, and more. While most of that was spoiled in the trailers, it is quite an effective scene at being a bit self-deprecating of Disney. Late in the film those characters are brought back for an action scene and all I could think was that’s the film I’d rather be watching. Hear that, Disney? Give me an Avengers style Disney Princesses movie that’s subversive and takes on misogyny head-on. Until then, I’ll be in the arcade.