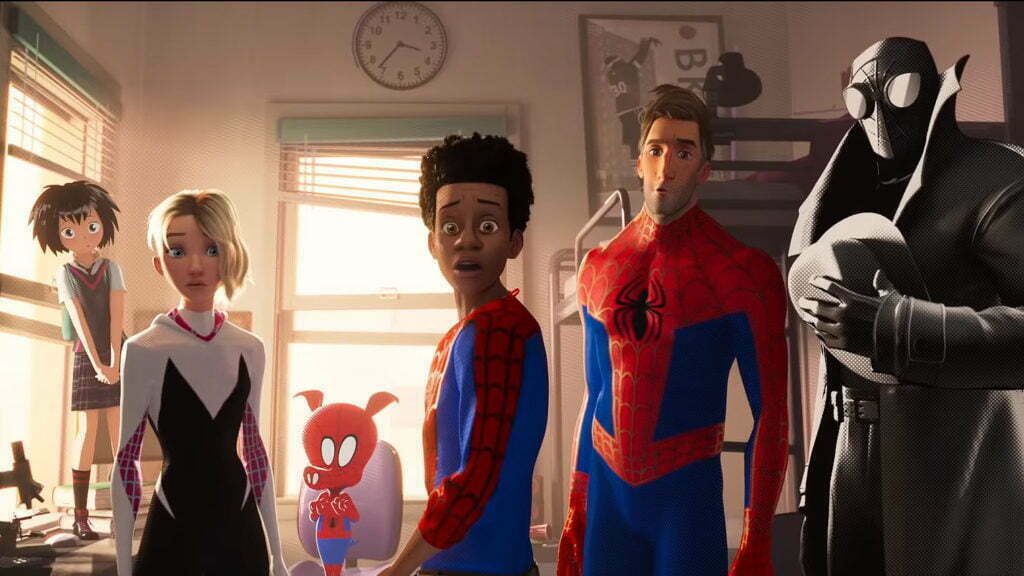 Spider-Man: Into the Spider-Verse
Movies

Review: Spider-Man: Into the Spider-Verse

By JustinDecember 23, 2018No Comments3 Mins Read

Sony’s last three Spider-Man outings, without the help from Marvel they received on Homecoming, have produced the woefully bad Amazing Spider-Man 2, the bland Amazing Spider-Man, and the just plain bizarre Spider-Man 3. So, seeing that their next effort would be an animated film that featured a minimum of six different Spider people did not inspire great confidence. However, in the wordily-titled Spider-Man: Into the Spider-Verse, Sony has produced maybe not just the best animated film of the year, but one of the best Spider-Man films ever.

Into the Spider-Verse is mostly a Miles Morales film. If you don’t follow the comics that name may not ring a bell, but he’s the black-Latino kid who has taken up the Spider-Man mantle in some of the modern comics. Don’t worry, because Peter Parker is here, too. Actually, he’s here in a few different incarnations—as is Gwen Stacy as Spider-Gwen, and Peter Porker as Spider-Ham. Sound bizarre? Off-putting? I think the worst thing this film has going for it is selling the high-concept premise of multiple versions of the same hero. It sounds like a more desperate version of the old Batman films where they stuffed it full of villains. What works so well is how the film feels effortless in making these versions of the same character feel distinct. Spider-Ham could have been a one note joke, but here there’s something more to him. Gwen Stacy is not simply filling a quota, but a damaged character with her own motivations.

There are a lot of things to like about this movie, but two that particularly stood out to me were the animation and story. When I saw early trailers the animation turned me off. It felt stilted and jarring—like it was dropping frames as in a badly compressed animated GIF. The final product doesn’t produce the same feeling, so I’m not sure if something changed or it simply looked better on the big screen. There’s a constant energy to the animation that makes the film feel alive, almost like it’s pulsing or breathing up there. The animators also remember that outside the confines of live-action, there were few restrictions with what they could do with their camera and that makes for some truly awe-inspiring shots.

The story, on the other hand, might prove a tad overwhelming at first to people not used to the silliness of comic books and their willingness to play around with things like multiple dimensions. However, it does a good job of holding your hand through explaining it all and the end result is a fairly adult-themed story. Yeah, Miles’ story is a pretty common coming of age tale, but the other Spider people allow for much more adult-oriented storylines. There’s death and depression here, and it all feels earned. It’s not the Spider-Man we’re used to from the movies, and that’s part of what makes it great. Sony took the chance of making something truly different. Why copy what the live-action films are doing so adeptly? Experiment as if, well, this was a whole other world of Spider-Man.