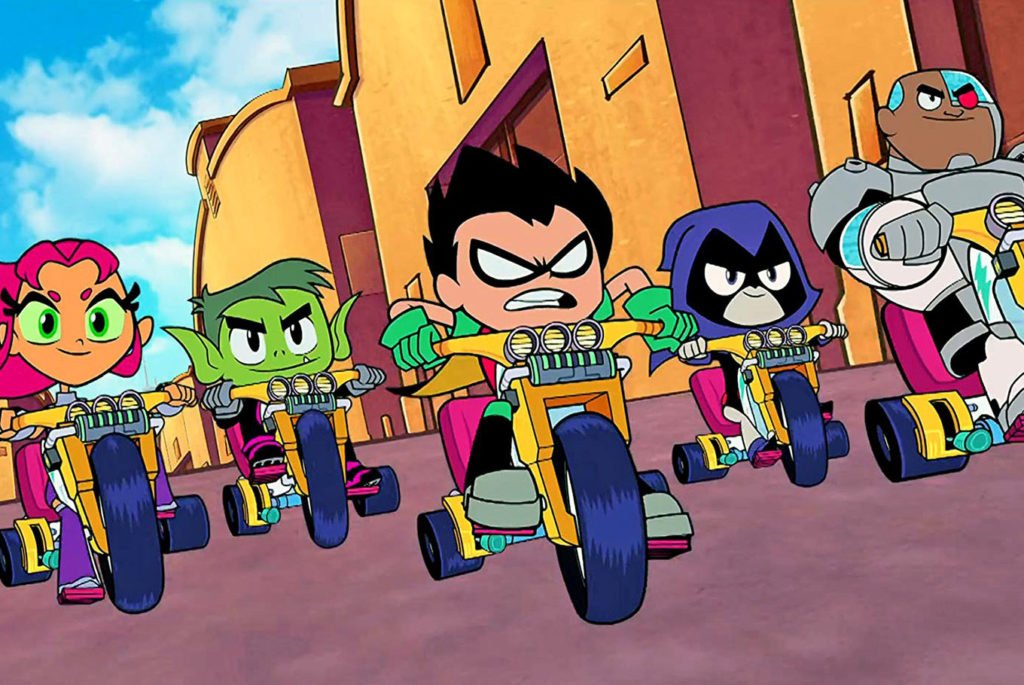 By JustinDecember 26, 2018No Comments3 Mins Read

I’m not sure I’ve ever watched more than a few minutes of any of the Teen Titans animated programs. I’m a huge fan of the DC Animated Universe, or at least the older stuff including the Batman, Superman, and Justice League animated series, but Teen Titans just never drew my interest. So, what made me sit down and watch and entire movie about them? Stellar reviews.

Let’s get it out of the way first—this film is deserving of the praise it has received. It’s a genuinely inventive and fun animated romp. The story is that the Teen Titans, a sort of minor league of the Justice League, want their own feature film. More precisely, their Leader Robin wants a feature film of them. Most of the film is filled with their hijinks in trying to convince others, including Superman, Wonder Woman, and Batman, that they’re deserving of the big screen treatment. Yes, there is a lot of meta-humor in here and much of it is at the expense of Warner Brothers’ live-action comic films. There’s an extended riff mocking Batman v Superman: Dawn of Justice, but also the need to do spinoff films and TV shows of every ancillary character. These jokes land well, and for adults this will be the fun of the film. I laughed out loud unexpectedly multiple times throughout the movie.

For kids, however, the appeal will in part be the bright, colorful animation and goofy songs. Yes, this film is somewhat of a musical, or at least as much as classic Disney films. The songs are pretty decent, and Michael Bolton even has fun getting in on the action. The other part of the appeal will be the genuinely adolescent humor mixed in among the adult-aimed jokes. Characters fart and the other characters not only laugh about it but call attention to it. The Titans themselves are somewhat selfish and narrow-focused in their worldview, just like the child audience. It’s remarkable in seeing characters aimed at kids that actually act like kids. One of the appeals of Home Alone to kids is that the lead character Kevin does what a kid would want to do. It’s all wish fulfillment. Here, the child-like Titans are literally playing superhero at times on their big wheels, and it all feels like the make-believe that kids play. So many films want to make kids more adult than they really are. They dress them up in adult clothing or give them adult dialogue—even animated films. There’s something genuinely refreshing about a film that is smart, but also willing to let the child stand-ins be silly like kids.