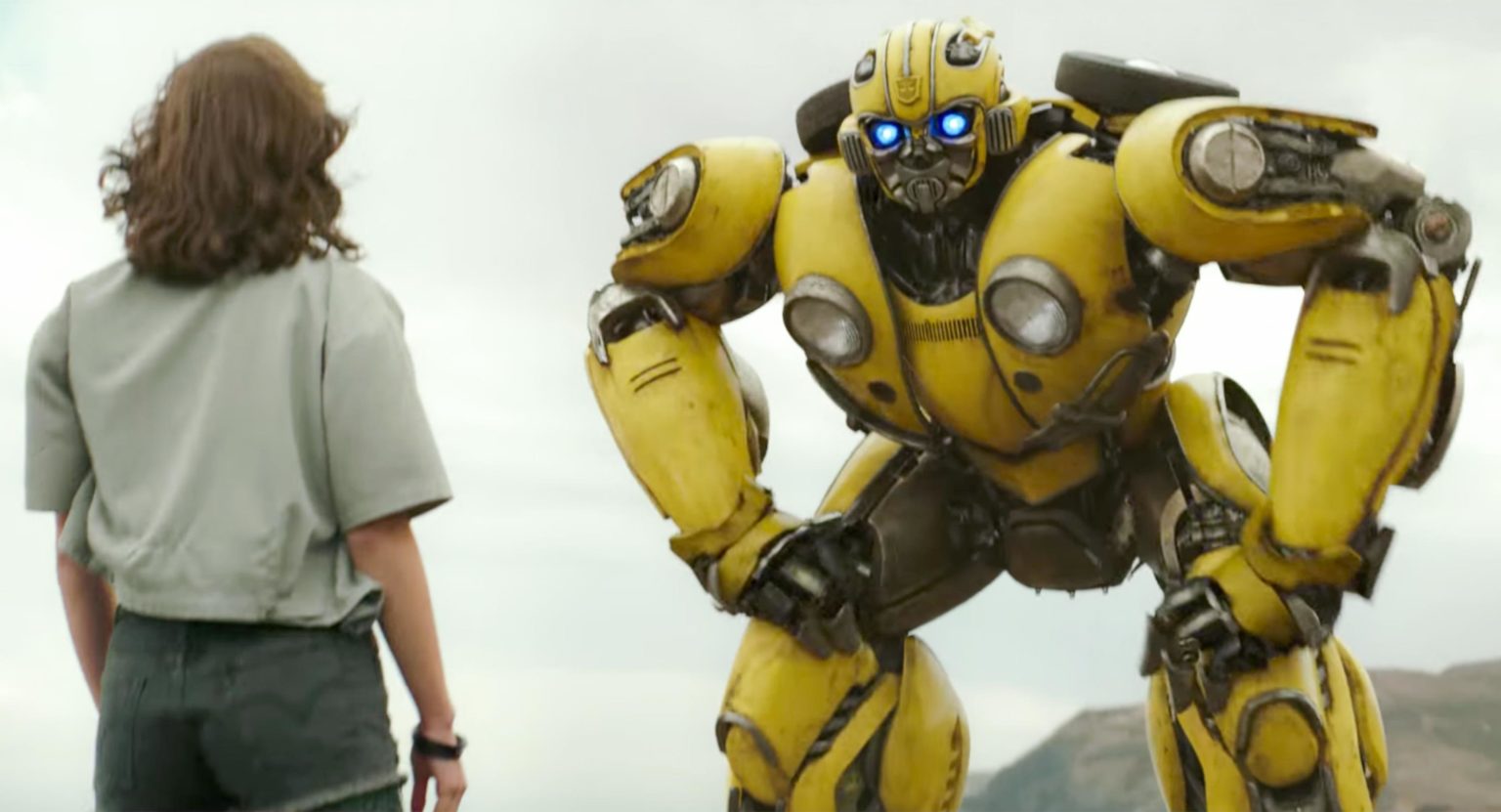 The opening moments of Bumblebee play like an apology letter to longtime fans. We’re dropped onto Cybertron with the Autobots and Decepticons battling it out, but these are the classic designs most people recall from the original 1980s cartoon, and not the overly complicated mechanical monsters from the Transformers film series. Optimus Prime looks like Optimus Prime. Soundwave looks like Soundwave. Director Travis Knight sets the stage with those opening moments for a Transformers movie that will be decidedly different than any we’ve seen before.

Bumblebee serves as a sort of soft reboot of the franchise—technically this takes place in the same continuity as the other live action Transformers films but set decades earlier it only makes passing reference to them. Hailee Steinfeld stars as a teen who discovers Bumblebee when he first arrives on earth in 1987. What follows is very little of the bombast and chaotic action the series is known for. Instead, it takes a page from Steven Spielberg’s Amblin productions of the 1980s. There’s a whole of E.T., Goonies, Gremlins, and even Batteries Not Included in the DNA of this picture. It smartly remembers that those pictures were about families, and not very exceptional ones at that. The parents in this film are clueless, but not bad people. The stepdad character is desperately trying to connect. The mom is caring. That they get to help in the end feels right. There’s something refreshing about the earnestness expressed in a lot of these pictures taking their cues from the 1980s.

The other key here is the action. One of my problems with the Transformers series has been not being able to follow the action or tell characters apart in the mess. I believe it’s Transformers: Dark of the Moon where the final action takes place in Chicago. I ae up during that movie having any idea what was happening. The characters, a mix of metal shards, simply blended together mixed in with the rapid-fire editing. Here, instead, we get long tracking shots of many of the fights. The three main robot characters are given distinct colors to help us tell them apart. By going smaller with the action, Knight has made it both more intimately important and easier to follow. I’ve basically hated this franchise up until now. Suddenly, I’m actually looking forward to another film in the series.