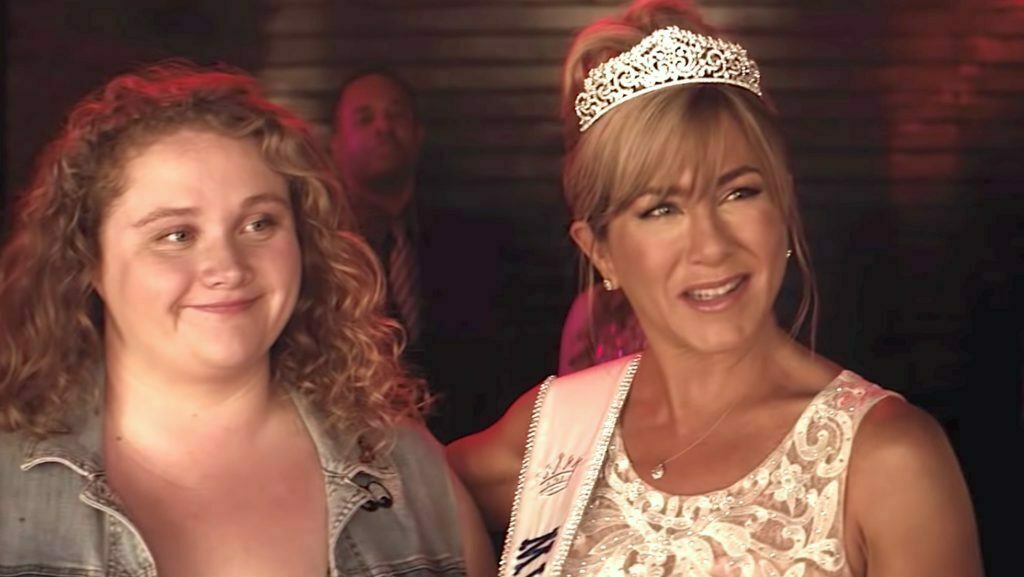 By JustinFebruary 6, 2019No Comments3 Mins Read

Last year Netflix debuted the series Insatiable, and at the time I wrote about how much I absolutely hated the series. It wasn’t funny and worse it was rightfully wifely accused of fat-shaming. So, along comes Dumplin’, a comedy starring an overweight girl who doesn’t fit in and whose mother doesn’t seem pleased with her appearance. Imagine my surprise that it’s everything Insatiable wasn’t.

Dumplin’s titular hero is Willowdean, a young girl who idolizes two people—her deceased aunt and Dolly Parton. Parton’s music actually plays a pretty big part in this film, but more on that later. Willowdean does not have such a rosy relationship with her mother, a former beauty queen played by Jennifer Aniston. To make a point to her, she signs up for the beauty pageant she not runs and along the way inspires other misfits to join her cause. What is her cause? Simple revenge against her mother? Honoring her aunt? The film does a good job of letting that goal be muddied before Willowdean herself finally realizes.

Allowing the hero’s motivations to be confused is one of the smart moments where the script defies expectations. It does this a lot. Willowdean’s band of misfits are at times goofy, but they’re never used as simple props for punchlines as you might expect from similar Revenge of the Nerds style tales. The film also eschews real villains. The other girls in the pageant—the ones actually taking it all deadly serious—aren’t bad people. They’re kind to Willowdean and the other girls. The mothers, including Aniston’s, are not overbearing witches as they’re often portrayed in female coming-of-age stories. Instead, they’re genuinely good people suffering from their own flaws and fears. There’s real empathy on display in Dumplin’s story, which is not something you can say for most movies.

I mentioned Dolly Parton’s music earlier. Willowdean and her best friend Ellen are obsessed with Parton’s music. Scenes of them driving around town are always underscored with Parton’s soundtrack of classics and two new original numbers. Country music is famous for its story songs, but often they end up in movies as literal translations. Let’s take Coat of Many Colors and adapt the story the song itself is telling. Smartly, Dumplin’ avoids this pothole and instead uses the emotion of each song to accent its own original story. The fact that they’re using the music of one of country’s must enduring stars is simply the icing on the cake.

Dumplin’ isn’t revolutionary or even a great film. The direction is hit or miss with some odd editing at times. The story itself can be simplistic and the love story is mostly forgettable. That all being said, there’s a charm that wins you over. There are a lot of young girls who could do worse than watching this film and finding Willowdean as a role model.