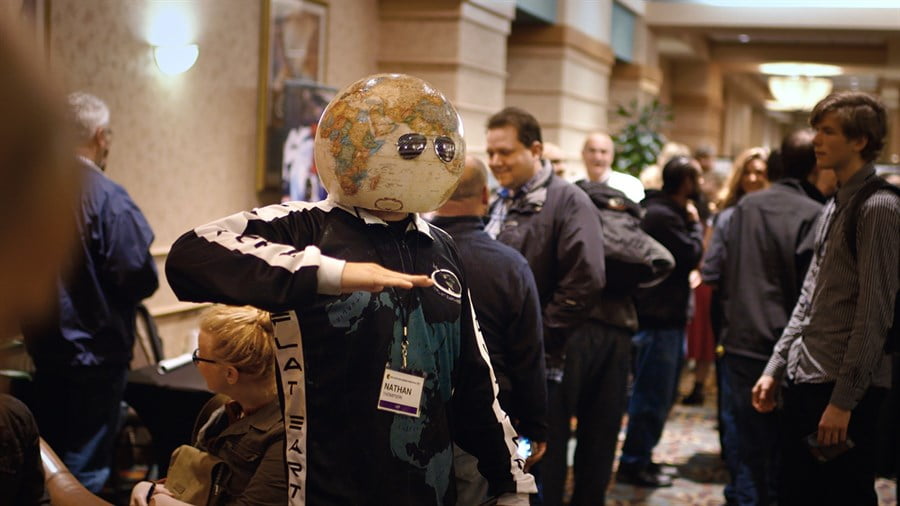 Behind the Curve
Movies

Review: Behind the Curve

There is something undeniably intriguing about the Flat Earth theory. What if one of the most foundational truths you’re taught as a kid is false? For some people, this goes right along with discovering Santa Claus is fake or losing faith in God—the difference being we have hard scientific evidence for the shape of the earth. So, when documentary Behind the Curve tries to take us into the (flat) world of Flat Earthers it may pique our interest, but how does it keep us from simply laughing?

Mostly, it tries to humanize some of the bigger stars of the movement—namely Mark Sargent and Patricia Steere. Both are likable enough (Steere more than Sargent) and the film goes out of its way to show empathy toward the pair. There’s obviously a mutual attraction and a past pseudo-romantic history, but none of that really ever goes anywhere. In fact, one of the big flaws of the film is that by the end it feels less important than it did at the beginning. The conclusion is at the first international conference of Flat Earthers and, again, while entertaining, it isn’t much of a climax for the movie. Different levels of conspiracy theorists are trotted out and we sort of ooh and aww at them, but most we don’t ever get to know and so simply don’t care.

Far more interesting is when the film actually takes the ideas of Flat Earthers seriously. They do this by interviewing a few different scientists to poke holes in their ideas. The juxtaposition is actually educational, while also providing the fun of seeing the elaborate models and theories the Flat Earthers have concocted. This includes a couple of experiments different groups try that fail. Funnily enough, while the documentarians show empathy in their depiction of individuals they obviously view as semi-delusional, the most entertaining parts of the documentary are when they take off the kid gloves and treat them and their ideas seriously—if only to tear them down. Skip it.