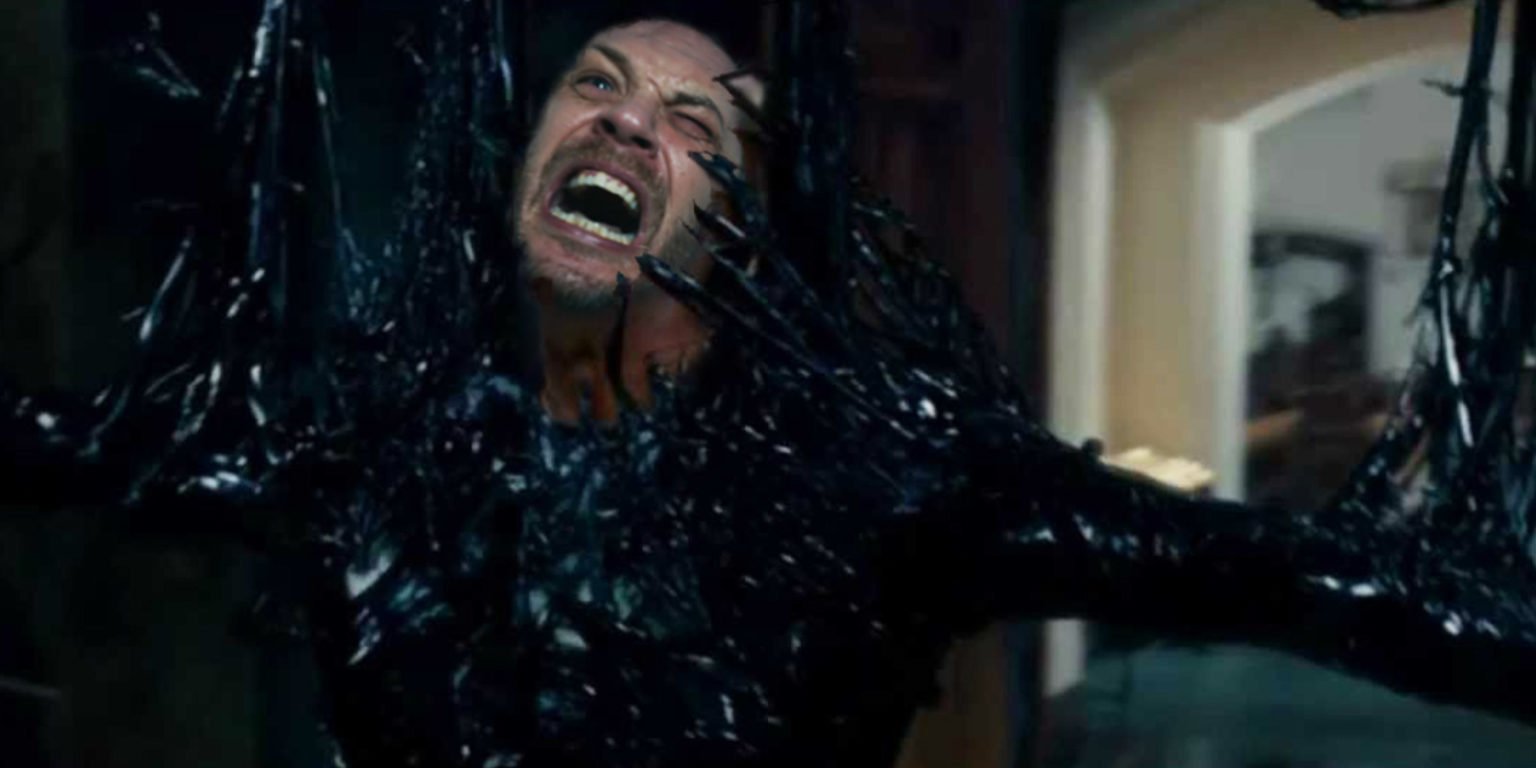 Contrary to how I probably come off, I’m not actually a big comics nerd. I read them some as a kid, but my knowledge mostly comes from films and cartoons of the 90s. That’s where I am with Marvel’s Venom character. I know him mostly from the 90s Spider-Man cartoon and video games. That being said, the film version of Venom doesn’t feel particularly like the same character.

Still, that only matters to comic fans. For everyone else, the question is if the movie is any good. To that, I can answer not really. Venom is about Eddie Brock (Tom Hardy), a journalist who is a sort of provocateur, I guess? His journalism career is never really clear, and it doesn’t really matter, because soon enough he partners up with an alien symbiote to battle an evil tech company. That’s really all of the plot that matters, because soon enough Brock is transforming into Venom and jumping around and literally biting people’s heads off.

That could all work if Brock and Venom weren’t such boring and bizarre characters for most of this film. The film itself is edited at a manic pace that makes all the characters feel like they’re coming down off of a cocaine high, but that’s not the full issue. Hardy approaches his portrayal of Brock as a loser with an ax to grind. When his life starts to fall apart, we genuinely don’t care, except for he’s the protagonist. When Venom begins to take over him it’s neither played exactly for body horror nor laughs. Instead, it’s a lot of Hardy running around and talking to himself. A fun angle might have that Brock looks schizophrenic to others and are they all just victims of alien parasites? Alas, this film doesn’t go there.

Even when the action kicks in we’re mostly left to boring set pieces that include SWAT members shooting helplessly into the sky and a finale of Venom and another symbiote battling in a CG mess. A lot has been said about Venom feeling like a lost 90s movie and I couldn’t help but being reminded of the live-action Spawn film from that decade. It also had some moments of fun to offer (namely any scene with John Leguizamo), but also felt unsure of what it exactly wanted to be. Hardy can be a great actor in the right role, but people have got to stop casting him as comic book characters. It’s clearly not his fit.