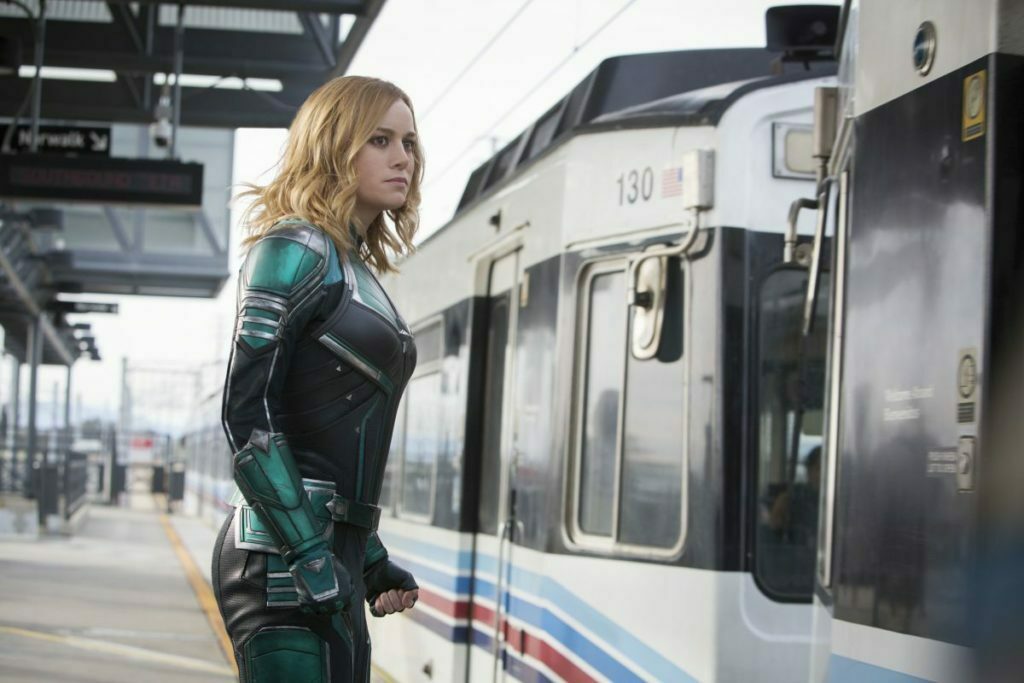 It’s difficult to have been a film fan online the last few months and then try approaching a Captain Marvel review completely unbiased. Acknowledging that, this review is not the place to discuss that whole mess. Instead, let me state upfront that I really enjoyed this movie—flawed as it may be.

Captain Marvel is the newest Marvel Comics characters to jump to the big screen while also serving as a bit of backstory before next month’s Avengers: Endgame. It tells the story of an intergalactic war between two races, the Skrulls and the Kree, and an earth woman (Brie Larson) caught in the middle with super powers. Did I also mention she has amnesia? Yeah, that’s a pretty big part of the story, and probably the plot point responsible for most of the film’s divisiveness among critics and fans, alike. See, while Captain Marvel is originally from earth, in the process of getting her powers she lost her memory and has been trained as a Kree soldier. Part of that training has been to suppress her memory and emotions. She’s basically a kung-fu-Spock.

What’s the problem with that? It means you have an amnesiac main character who is struggling to suppress her humanity. She’s not Vulcan and this isn’t her natural state. We get some flashbacks to her singing karaoke in a bar and goofing with another pilot. Larson is tasked with playing a character who has forgotten the details of her humanity, while also trying to suppress her subconscious humanity. This results in moments where she comes off very stoic contrasted with others she laughs through. She is an alien to earth, but at the same time her brain remembers how to sit in a chair or what trains are like. So, while some critics have attacked her for not having more fun in the role, that wouldn’t exactly be in character. She can’t be Tony Stark or Star Lord quite yet. For me, this was a daring approach to an origin tale that made it feel fresher than most of Marvel’s origin films, but obviously it’s not going to work for everyone.

Look, I’m an unapologetic fan of Larson’s acting. Short Term 12 and Room are two of the best performances of the last decade. While some script issues and muddied direction hold this film back from those highs, Larson exhibits the same full commitment to her character’s internal truth. That makes her one of the most exciting Marvel actors—woman or man. Captain Marvel may not reach the highest highs of comic book films, but with a solid groundwork its tagline of “higher, further, faster” feels like an intentional roadmap from here.