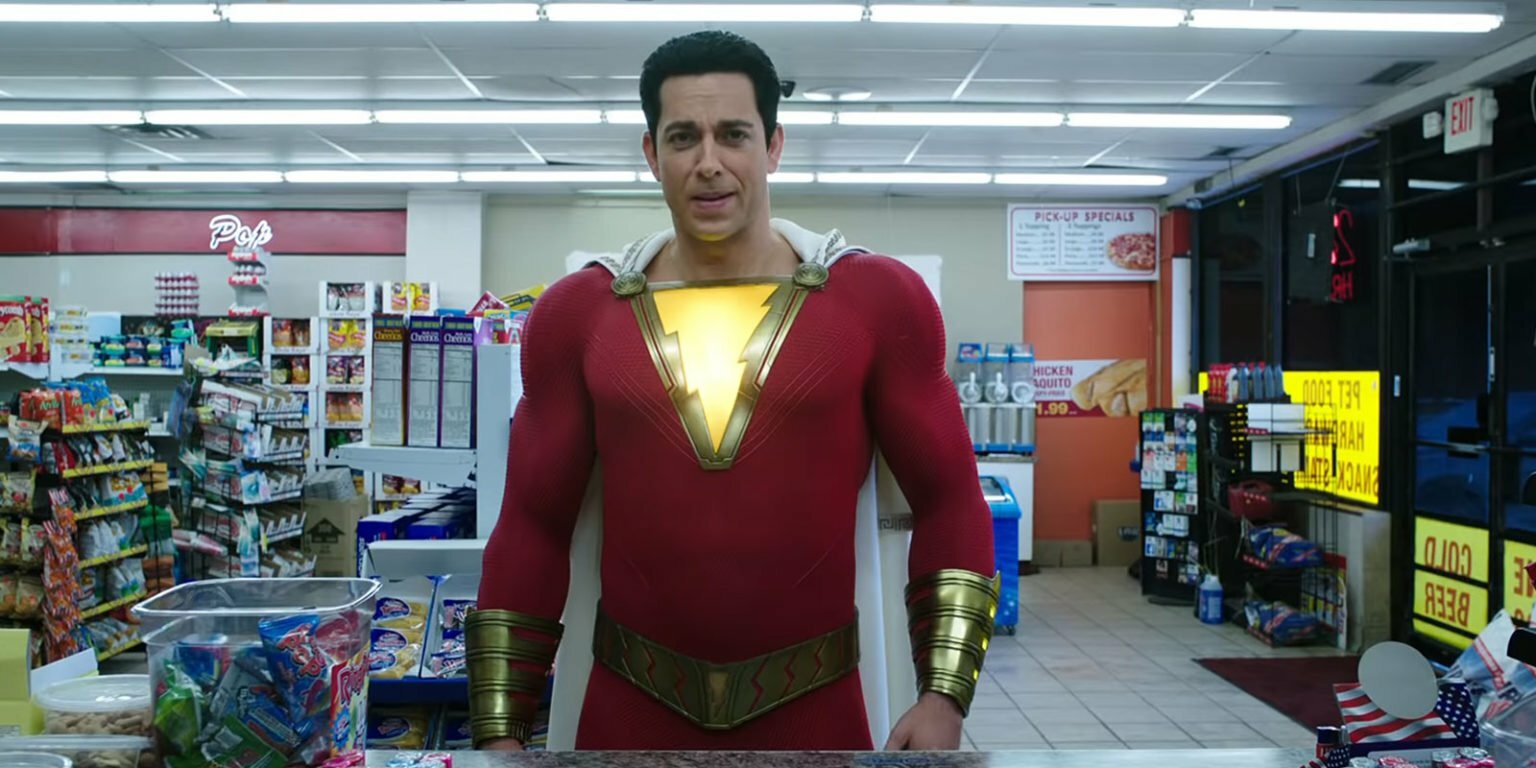 I won’t bore you with my thoughts on the individual DC films from the last few years, except to say prior to Shazam! I had only really enjoyed Wonder Woman. Well, now there are two DC films I can praise. Shazam! is easily DC’s best attempt since that film, and in many ways is a better blueprint for their future adaptations.

Shazam! is about Billy Batson, a young boy who is granted powers by a wizard to transform into a buffed-out superhero whenever he says his name, Shazam. If that all comes off a little wordy, it’s worth noting he was originally called Captain Marvel, but DC lost the rights to that name to Marvel Comics, and about a month ago to the film of that other Captain Marvel. Anyway, Zachary Levi portrays the titular Shazam and he’s clearly having a ball with his best Tom Hanks in Big impression. There’s a gleefulness to everything he does from saving a bus full of people to buying beer from a convenience store.

As charming as Levi may be, he’s outshined here by the family cast that surrounds him. See, little Billy lives in a group home with a ragtag group of other kids and two goofy, but loving parents portrayed in scene-stealing fashion by Cooper Andrews and Marta Milans. However, it’s really the other kids that steal the show, and late in the movie when it shifts to an almost Goonies-like adventure you’ll wish more of the movie had been dedicated to them as a group.

Shazam! is not a flawless movie. Mark Strong is fine as the villain but feels mostly forgettable as do most comic villains. The final showdown at an amusement park runs too long and too often takes the focus off the kids who we’re interested in. There’s also some inconsistency in tone such as a late familial revelation which simply feels out of place. That’s okay though. Marvel stumbles all the time, but its secret is managing to always stay on its feet. With Wonder Woman and Shazam! as guides, DC seems to have finally found its footing.