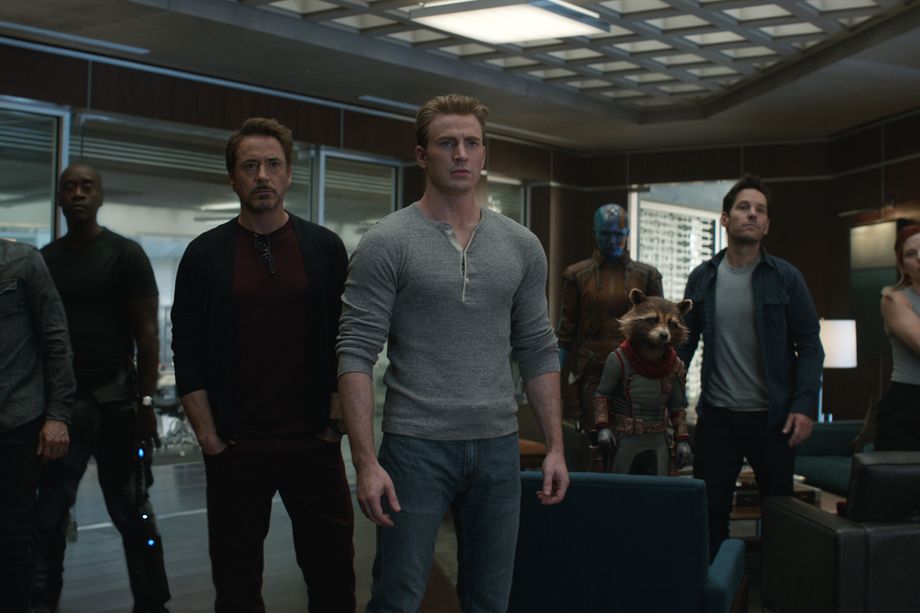 Twenty-one films later we’ve finally arrived at the end of the Marvel Cinematic Universe. Or, at least Phase 1. Well, actually it’s Phase 3. No, that actually ends with Spider-Man: Far from Home. Confused? Yeah, me too at times. Marvel has built something truly grandiose and auspicious, and in the process created an enigma for description. However, perhaps it’s not a coincidence that this finale comes in at film number twenty-two, or the typical number of episodes in a modern television season. More than anything, Avengers: Endgame feels like the biggest season finale you’ve ever seen.

After suffering through the “Snap” at the hands of Thanos, the mostly original Avengers team of Iron Man, Captain America, Thor, Black Widow, etc. must figure out both how to stop Thanos from such future atrocities while also longing to save half the universe. I won’t spoil the film here, but it’s a wild, twisty three hours that both rushes to some conclusions far sooner than you expect, while holding others back till the very end. It manages to give most characters their moment to shine, including some of the minor characters mostly snubbed in the previous film, Infinity War. It also sneaks in plenty of cameos, some of which had the audience audibly gasping. If you enjoyed Red Skull showing up in Infinity War, you’re going to love some of these.

But is it any good? Well, mostly yes. If Infinity War was a rollercoaster careening its way through the MCU, Endgame is the emotional core. To keep up the amusement park analogy, perhaps it’s the dark ride of the series moving us from one tableau of how heroes deal with defeat to the next. It gives series vets such as Robert Downey, Jr., Chris Evans, Chris Hemsworth, Scarlett Johansson, and Jeremy Renner real weight to play with here on screen. There are genuinely moving scenes and they feel earned. Imagine trying to pay off 21 films of buildup with one movie and yet, somehow, Endgame does this. Much like how the original Avengers managed to balance its ensemble cast into a minor miracle, at times Endgame feels like a film you can’t really believe exists. When its final act finally comes around and it pays off not just the last two films, but storylines that have been building for a decade your jaw is kind of on the floor, even if some of the fight choreography is a bit off.

And when I said Endgame is mostly good, those little details are what I’m referring to. No, I don’t care about the plot holes introduced by its main plot conceit—if you’re focused on those, you’re missing the point of the movie in the first place. I mean things like the final battle lacking the great character moments Infinity War featured, or some pacing issues as we switch acts, or how some characters feel a bit wasted, or how in a movie stuffed with superheroes we mostly miss out on the human element (imagine a film entirely about the heroes living in the post-snap world). But these are minor gripes. Endgame is not a perfect film. I suspect it may not hold up as well as Infinity War or the original Avengers over time. Still, you can’t help but admire the balancing act and craft at work here. Sometimes, isn’t it enough to sit in a cold theater and simply marvel?