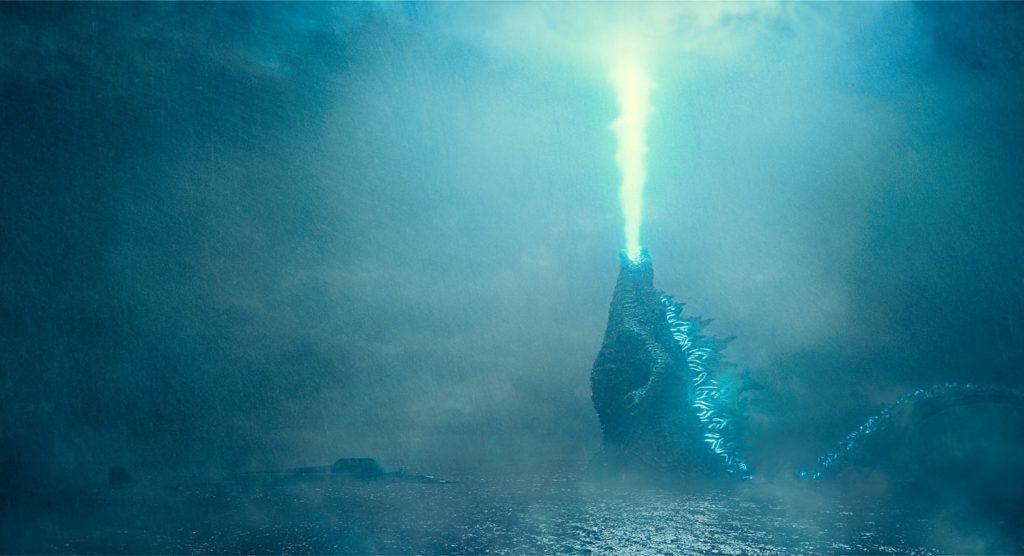 Godzilla: King of the Monsters
Movies

Review: Godzilla: King of the Monsters

2014’s reboot of the Godzilla franchise was a disaster film that Godzilla happened to cameo in at the end. With Godzilla: King of the Monsters, the producers obviously wanted to fix that issue by throwing every monster they had into the mix. Unfortunately, the finished product isn’t nearly as exciting as that sounds and features many of the same issues as the previous entry.

This time around the Monarch organization is tracking and neutralizing monsters around the world. When an ecoterrorist group takes a Monarch scientist hostage and begins waking the monsters from their slumber, our only hope is to turn to Godzilla. That’s basically all the plot you need to know, but the human interactions still take up the majority of the film’s two hour and twelve-minute running time. You’d think with a cast that features Kyle Chandler, Vera Farmiga, Ken Watanabe, Sally Hawkins, and Bradley Whitford this wouldn’t be a problem, but boy is there little for any of these actors to do. The usually rock-solid Farmiga feels bored throughout. Maybe she’s just as confused by her character’s logic as the rest of us? Regardless, that leaves the monsters to save the day.

Unfortunately, the monsters suffer much the same fate as they did during the last film. While there are certainly more monsters, most of them sit on the sidelines for the length of the movie. Those that do rough up a bit do so mostly in vast clouds of smoke and dirt at night. The result is the film is simply hard to see at times. The finale takes place in Boston, but it could easily be any generic city. How is there not a shot of Godzilla scaling the Green Monster at Fenway Park? Large swaths of the city are leveled, but we mostly get shots of the human characters running through debris. It’s odd since Kong: Skull Island is part of the same cinematic universe as the new Godzilla films and it had no problem showing us its beasts in the full light of day.

A side note here and how much it hurts your enjoyment will be entirely personal, but this is easily the most Republican film I’ve seen outside of the Christian genre. The villains are ecoterrorists. The heroes are a paramilitary group that Congress is trying to defund. An attempt to wipe out all the monsters as weapons on mass destructions backfires and the only thing that saves us is using nuclear weapons to “wake” Godzilla again. I half expected Kyle Chandler to shout out, “We’ve got to make Godzilla great again!” Look, I’m not even reading that deep here and it didn’t hurt my enjoyment of the movie, but it’s certainly odd. I would think it might make some people like it better. Who knows?

All this being said, Godzilla: King of the Monsters does actually deliver on what the last film lacked. The monsters are there if you can spot them through the smoke. It never quite nails the grandeur the trailers hinted at, but bad marketing is not the actual film’s fault. If they had trimmed about thirty minutes from the overlong plot it might have worked better, but as is it probably works better to wait and watch at home.