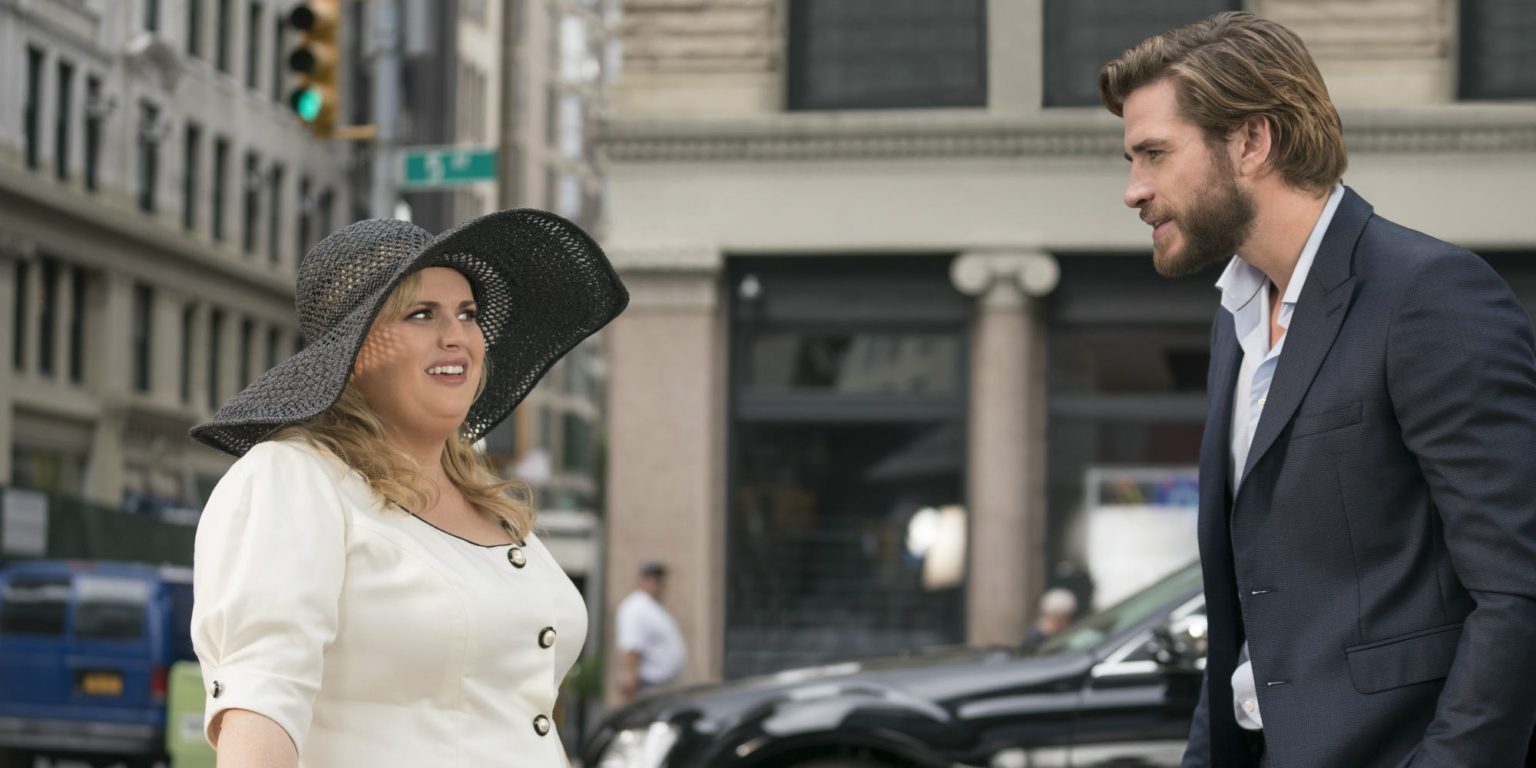 A good romantic comedy, such as When Harry Met Sally, Pretty Woman, or Bull Durham, can be so good that it transcends its genre. You don’t think of those films as romantic comedies first, but simply great films. Of course, the same is true of any genre film such as horror or action. But bad romantic comedies are always thought of first and foremost by their contrivances. That’s the premise behind a parody movie like Isn’t It Romantic. Unfortunately, identifying those contrivances is the easy part.

Isn’t It Romantic stars Rebel Wilson (Pitch Perfect) as Natalie, a woman so jaded by romantic comedies from a young age that she feels the need to rant on them whenever someone brings them up. She’s the kind of person that would rant endlessly to you about what real country music is all about. Anyway, she gets a knock on the head and wakes up in, you guessed it, a romantic comedy. Only she’s self-aware in this world that is a mish-mash of every romantic comedy trope from the past thirty years. And that’s the problem.

Isn’t It Romantic is the Scary Movie (and the whole subgenre of [insert genre]Movies it spawned) of romantic comedies. A large part of the running time of Isn’t It Romantic is spent on simply noting different clichés of the genre. For example, women in those movies always have unrealistic apartments, huge wardrobes, evil rivals, gay best friends, etc. The problem is that none of these things is a joke on its own. The gay best friend is just an exaggerated gay best friend here. There is one funny line where Natalie notes she thinks he is setting gay rights back a hundred years, but other than that? Nothing. Compare this to a much better film in Enchanted, starring Amy Adams. That film also identifies contrivances of Disney princess films, such as the princess singing and the woodland creatures coming to her rescue. However, in Enchanter’s case she’s in the middle of New York so the creatures are pigeons, rats, and cockroaches.

In the case of this film, it just never figures out what to do with any of these clichés. By the end it has buried itself in them so deep as to be indistinguishable from the films it’s mocking. I suppose that’s the point for a large part of the audience. The formula is too potent to be mocked and will eventually win you over with its pure joy. I will admit, a late scene of karaoke at a bar did give me some hope. Overall, there are just much better romantic comedies out there, and even some like Enchanted and They Came Together that successfully do what this film attempts and fails at.