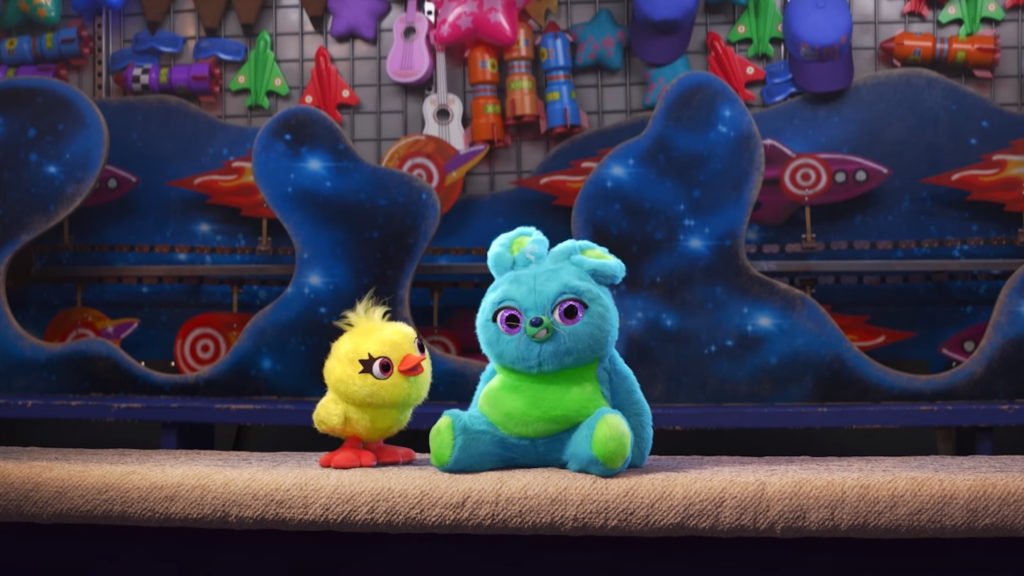 Contrary to their simplistic kids’ film image, the Toy Story films have always been tales of existential crisis. Each new film exploring the idea of, “Who am I, and where do I belong?” From Buzz in the first film to Woody in the sequel to all of the toys in what many assumed was the end of a trilogy. For Toy Story 4, Pixar returns to that question but tweaks it slightly. While Toy Story 3 already dealt with the idea that we must face that same existential question more than once in life, Toy Story 4 asks, “But what if we got the answer wrong?”

We catch back up with Woody and the gang first through flashback establishing what happened to Bo Peep (who sat out Toy Story 3). We quickly jump to present day where we’re introduced to a new homemade toy—Forky. His crisis mirrors much of Buzz’s from the first film, except somewhat more depressing. It’s not that he doesn’t realize he’s a toy, it’s that he doesn’t view himself as worthwhile at all (a recurring theme throughout also with Woody and new character Gabby Gabby). Soon, our friends find themselves on another rescue mission that introduces new friends (and new toys for Disney to sell!).

So, is it good? Sure, despite the overriding feeling that we didn’t need another Toy Story after the fitting finale to part three, this new entry manages to justify itself with those charming new characters (Ducky and Bunny voiced by Keegan-Michael Key and Jordan Peele, respectively, are standouts), fun set pieces, and the series’ trademark humor. It also brings the heart that has grounded so many of its best scenes—from Jessie’s backstory to Andy letting go. And, as noted earlier, it twists that central existential question to the point of exploring actual existential dread—what happens when the answers we’ve searched so hard for are no longer the answers we desire? What if we got the answers wrong?

The truth is maybe somewhere murkier—not in right or wrong, but in multiple rights, or even multiple wrongs. It’s a more nuanced examination of self and how our personal journey takes us to multiple destinations. In this way, Toy Story 4 may not be the best of the franchise (that’s still Toy Story 2, for me), but it’s certainly the most mature having grown older not only in age with its audience, but also reflexive questioning.