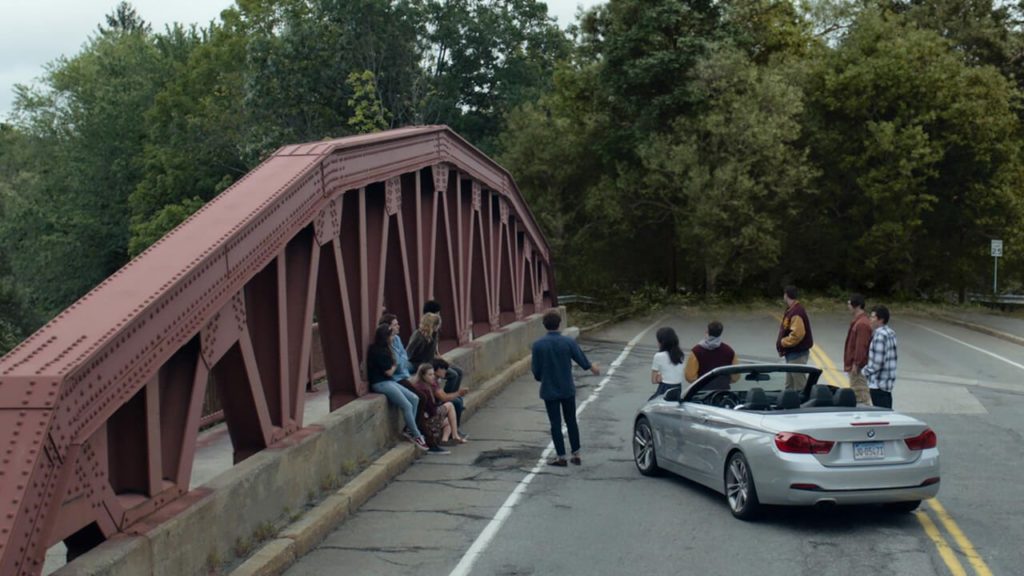 I imagine the pitch meeting for The Society went something like, “What if we took Lord of the Flies and mixed it in with a bit of Riverdale and Lost?” I can’t even argue with that being an alluring pitch. Unfortunately, for me, those disparate elements never coalesce into something I really cared about.

In The Society a group of high school students are taken on a school trip, but upon return to their small town they discover everyone is gone and the roads out of town have vanished. Has something apocalyptic occurred? Have they slipped into an alternate reality? That’s the central rub of the mystery as they’re forced to rebuild society in order to survive. Sounds intriguing, right?

Unfortunately, The Society feels like a show that is never sure what it wants to be. Is it a Lost-style puzzle box? That might be fun, but then the mystery is mostly forgotten after the first couple of episodes until the season finale (and you’re never given any real answers). Is it a CW-style teen drama? It certainly has those elements as the teens deal with relationships, domestic abuse, coming out, and more. Central to a teen drama, however, is caring about the characters. Frankly, I never did. The show tries hard to paint the central characters in shades of grey, which is refreshing. The downside is it never really gives us anyone to root for. I suppose I’m rooting they don’t die, but I never really cared who dated whom. Maybe I’m just too old for such storylines, anymore.

The last, and most interesting, aspect of the show is its examination of what makes a society function. Here the show gets closest to working for me. As the teens start to rebuild, they tackle topics such as socialism, the death penalty, policing, and more. At times it feels like they might really debate these issues and offer a unique perspective, but alas, it wasn’t to be. While the topics are often initially brought up with some gravitas, the show quickly sweeps them aside in favor of more intrigue over sleeping partners.

All of this is a shame because there are moments where the show works remarkably well. A game of Russian Roulette involving a pie and a late season camping trip stand out as depicting real emotion. Look, this show was never really made for me. I try to imagine if teenage me might have liked it, but I think even he would have been bored for long periods. Cutting the number of episodes back for next season might help. Focusing more on the building of society mixed with the mystery, might as well. Still, I’m sure this show will find an audience and I think for a certain segment of teens it might be an excellent companion piece to reading Lord of the Flies.