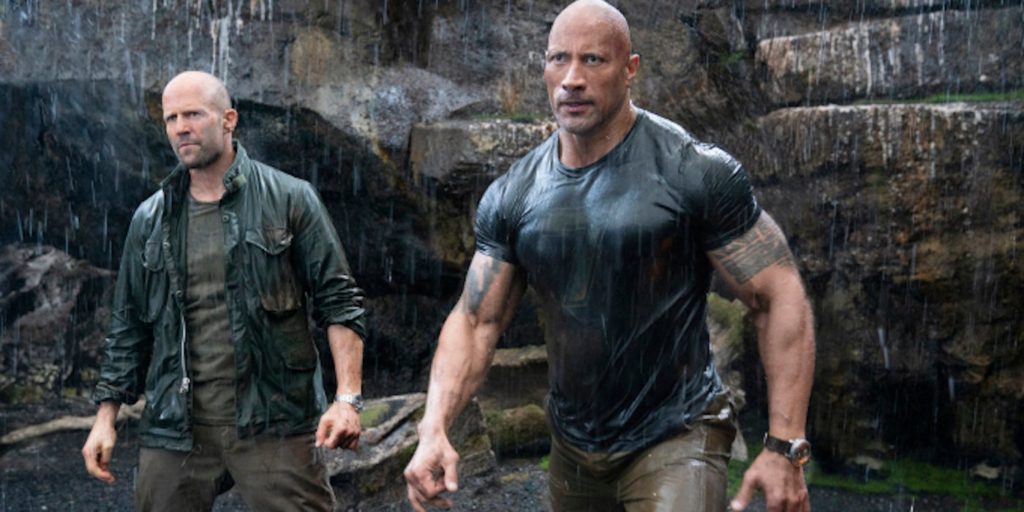 Given the insane success of the Marvel Cinematic Universe, you can’t really blame every other studio trying to get in on the action. From DC Comics to Universal Monsters, however, the landscape is mostly littered with failures (The Conjuring horror universe being one of the few successes). Here’s another in the form of a spinoff of the Fast and Furious franchise, itself already a cinematic universe of sorts as the films bounce from genre to genre.

Hobbs is Dwayne “The Rock” Johnson’s federal agent character from the main series, and Shaw is Jason Statham’s, well, once bad guy but also once British intelligence agent, I think? Honestly, the film occasionally refers to their back stories but with little significance to the current events. That current event is Brixton (Idris Elba) as part of a terrorist organization that wants to evolve mankind into cyborg super soldiers. Brixton just happens to be their prototype and an old friend turned enemy of Shaw’s. That’s about it for plot. Shaw’s sister Hattie (Vanessa Kirby) is a MacGuffin of sorts carrying a world-threatening virus in her bloodstream, but she’s more notable for being maybe the most fun of the bunch.

While Kirby seems to be really enjoying herself, Elba as the villain seems bored. He’s at his best when he’s mugging delivering lines like, “I’m black Superman!” Unfortunately, most of the movie he’s sidelined for random bad guys or simply replaced by a CG model of him doing interesting things. Elba’s too charismatic of an actor for this role. He’s better suited for his own spinoff film as the star. The Rock and Statham feel underutilized, as well. At their best they both manage to bring emotion to thinly written characters in bombastic action flicks, but this isn’t one of those films. Both have been better in previous Fast and Furious films.

I say all this as a fan of the franchise. I think Fast Five is one of the best action films of the past decade. In that film, however, The Rock felt like a character. Here he seems to be playing himself on an afternoon cameo shoot. He walks into scenes, raises an eyebrow, and moves along. The action scenes are so furiously cut and overloaded with CG that even when we do get something fun near the end in a standoff, it’s mostly squandered on quick cuts that don’t let the former professional wrestler shine in hand-to-hand combat.

Maybe I’m just boring of these films in general. I lost interest about halfway through The Fate of the Furious, as well. There’s the seed of the formula for making a pretty amazing live action G.I. Joe film here, but even the best animated series episode of that show had more memorable characters (I’ll take Serpentor over Brixton any day). For now, I’d say that Marvel is still pretty much uncontested.