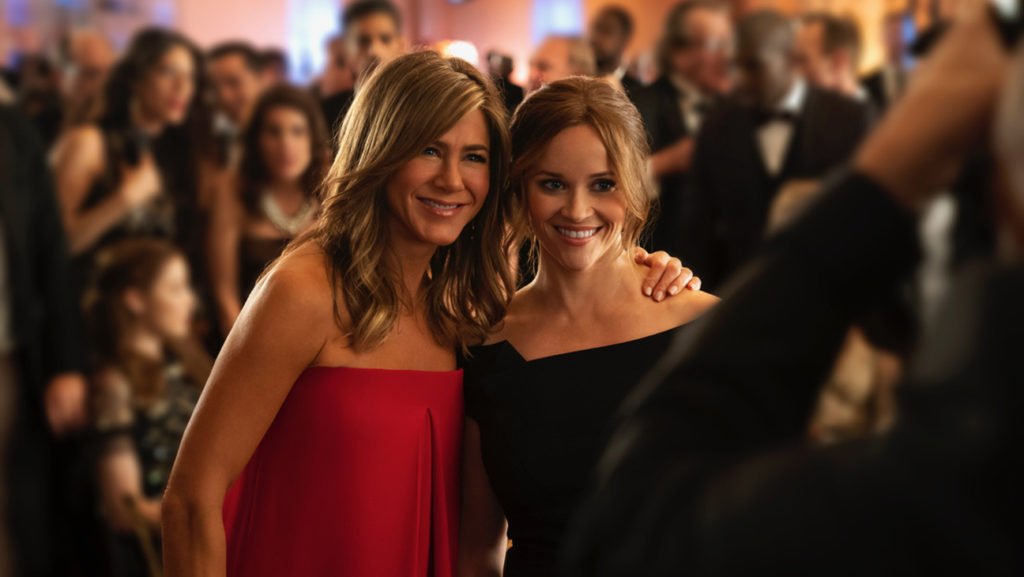 By JustinNovember 16, 2019No Comments3 Mins Read

Apple came out swinging with their new streaming service by investing heavily into star driven projects. Rumors put the budget of spotlight series The Morning show somewhere north of $15 million per episode. If it actually did cost that, it certainly doesn’t look like it. The budget must have gone to the cast, but what a cast it is!

The Morning Show is loosely inspired by the #MeToo scandals at NBC’s The Today Show and CBS This Morning. The show opens on the scandal breaking that Mitch (Steve Carell), host of The Morning Show, has had inappropriate affairs with staff members (how inappropriate we will not discover till later). That leaves his cohost Alex (Jennifer Aniston) flailing wildly as network executives swirl. Enter Bradley (Reese Witherspoon) as a sort of Sweet Home Alabama (West Virginia, actually) drawl to the rescue. If that sounds like an uproarious comedy pushing girl power to you, well, your assumption is understandable. Both Aniston and Witherspoon have made their fair share of variations on this. That’s not this series, though. Instead, it’s a soap opera masquerading as a prestige drama.

Look, I don’t call it a soap derogatorily. Nighttime soaps have been big business for decades and there’s no reason to think one with this caliber of cast won’t draw an audience. It just probably won’t keep drawing me. I found it heavy-handed in a boring way. First, it’s a serious topic that the writers seem to have nothing serious to say about. Outside of a great cameo from Martin Short playing a creepy, accused director, most of the #MeToo discussion feels dated and the show (so far) has nothing interesting to say about it. That would be fine if the rest of the show was interesting, but so much of the first five episodes focus on this topic that what little scraps are left to consider gender positions in the newsroom feel half-hearted at best. It’s as if the central premise is sucking all of the air from a potentially more interesting setup. Worse, just about every scene involves someone yelling. It’s drama cranked to 11 at all times. It got to the point that I considered what a dangerous drinking game this could make.

The main actors are fine, though Carell is around so little that he feels unnecessary. Again, maybe that will change in later episodes, but you don’t show up for these three just to see them be fine. The only real standout is Billy Crudup as a Mephistopheles-style news division director. Crudup is having so much fun being evil that he literally smiles throughout every scene. It’s infectious, and when he was off screen, I just wanted him back. Maybe he should have been the focus of the series?

The Morning Show isn’t a badly made show. I imagine some audiences will find it quite infectious. I might suggest watching Rachel McAdams and Harrison Ford in Morning Glory, instead. It’s also flawed, but at least the two stars have some fun.