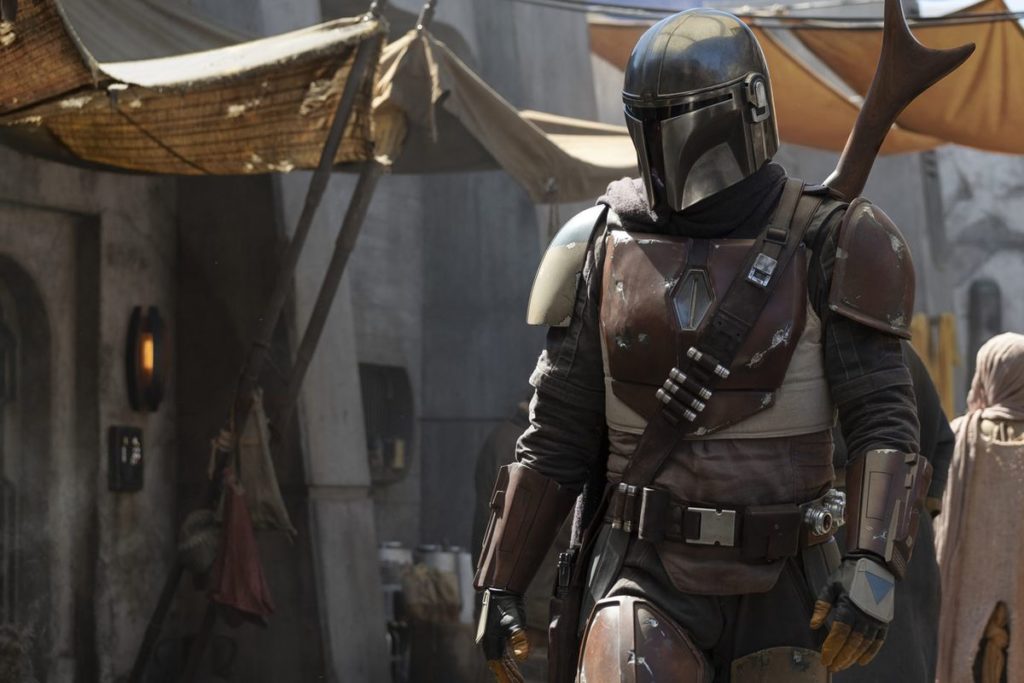 By JustinNovember 23, 2019No Comments3 Mins Read

It’s difficult to review most shows after an episode but give at least three and you’ll usually get a decent taste. That’s the case with the new Star Wars series, The Mandalorian. The first episode is without dialogue for long stretches, and the second episode really starts to give the feel for the series. However, it’s in the third I finally think I know what this series might be.

Set after the events of Return of the Jedi and before The Force Awakens, The Mandalorian follows the titular character for the first three episodes as a completes a bounty. No, this is not Boba Fett, but in some ways it might as well be. We never see our protagonist’s face as he’s hidden behind the same armor Fett wore in the classic Star Wars films. I have to imagine there are plenty of people who might watch this and just assume it’s the same character. Personally, I kept waiting for a line where someone would ham-handedly clarify this fact saying, “You’re respectable, unlike the late Fett.”

Going into more detail of the plot will ruin some of the surprises but suffice it to say it’s well ingrained in the Star Wars universe. Familiar species, if not characters, pop up on a regular basis. It also looks like the classic films and surprised me with how much that matters. The films begin “A long time ago…” and the rundown, dirty world gave it a unique feel from other science fiction films. While logical, the pristine nature of the prequels really lost that charm—this film revels in it.

Also, worth noting in the pacing. While the original trilogy was very much a classic knight’s tale told in space, The Mandalorian is a spaghetti western transposed to space. Everything from the cinematography to the music to the slow, deliberate pace contributes to this tone. It’ll certainly turn-off some fans wanting something more whiz-bang, but that was never the original films, either. Watch the original A New Hope again and consider how long it takes for any big action set pieces to pop up. So, if your complaint has been that Star Wars doesn’t look or feel like Star Wars anymore, The Mandalorian seems custom made to fit your desires.

That’s the good, but now for the bad. Three episodes in and our main character isn’t much of a character. He’s mostly a tabula rasa so far that we the audience have to write motivations and inner conflict on. Yes, there are some very drawn out flashbacks undoubtedly leading to a reveal, and his actions certainly paint a picture of a developing moral core but missing is any personality. Mostly he shows up and shoots people. Compare him to, say, Han Solo (not a particularly deep character, either) and you will be hard pressed to describe our hero as anything other than his look. Of course, the same was true of Fett and he became an iconic character whose popularity has lasted decades. Still, Fett was a background character in a larger story. This series rests on the shoulders of the Mandalorian.

None of this is to say it’s a bad show. It’s actually surprisingly good for Disney’s first shot at a live action Star Wars series. My hope is that the teases of more depth are more than just a tease, but regardless this is sure to please most fans.