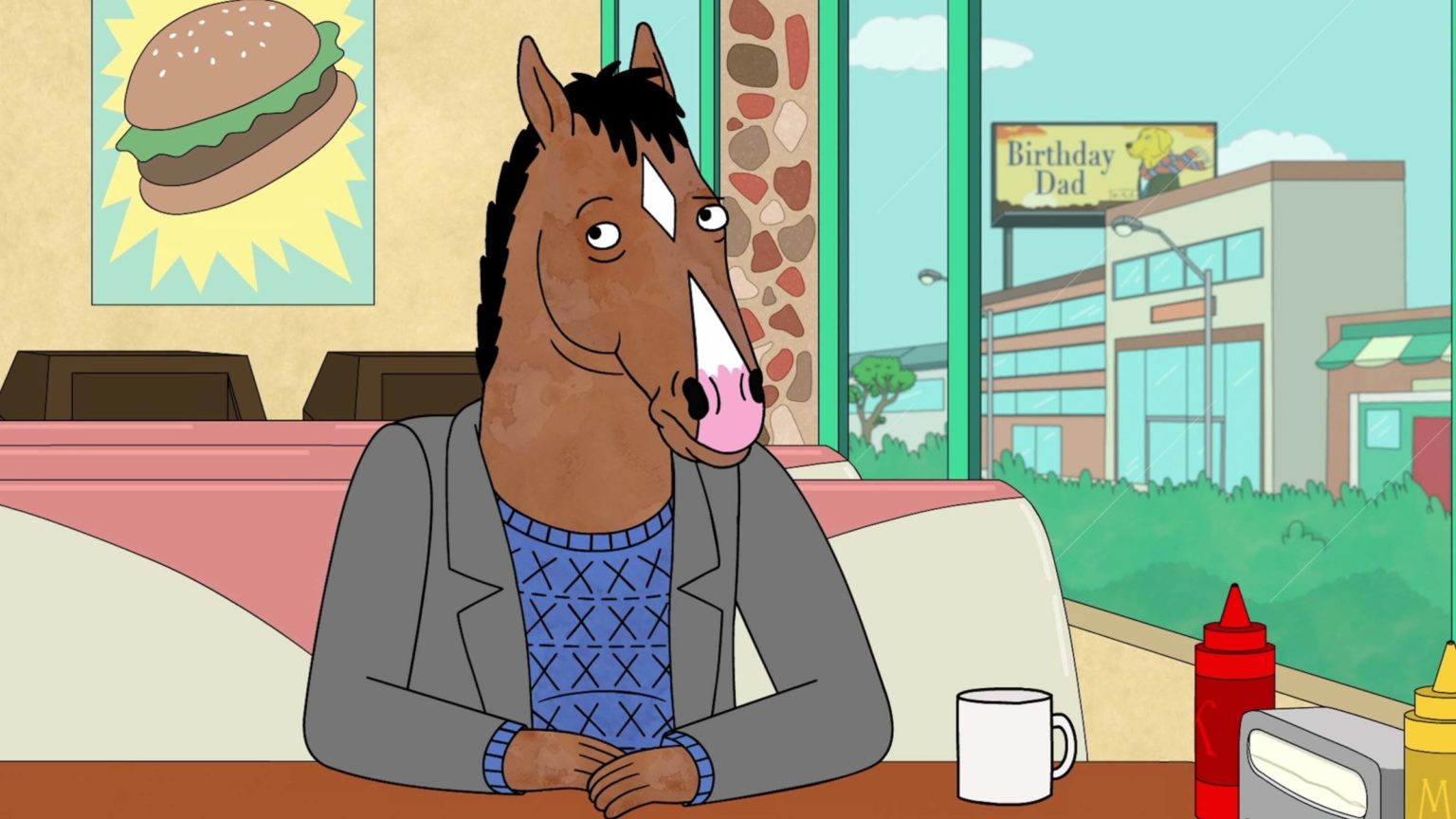 By JustinFebruary 15, 2020No Comments4 Mins Read

Over the years, I’ve been very clear on my evolving love for this show about a washed-up acting horse. While BoJack starts slow in its first season, it quickly reveals itself not just as the smartest show on television today, but one of the smartest ever. Its depictions of addiction, grief, depression, and other issues are among the most nuanced television has ever seen. Here, in its final season, the show is still swinging big and goes out how so few classics manage—on top.

The sixth season chronicles BoJack from rehab. to a teaching position. to his entire life falling to pieces (multiple times). Of course, viewers up to this point know this isn’t a show driven by plot but its characters. In the final season it gives each of its main characters room to shine—from Princess Carolyn deciding on her work/life balance, to Diane giving one last shot at a healthy relationship, to Todd finding balance in a life of antics, and of course Mr. Peanutbutter finding love finally for himself. The show has always relied on its supporting cast of characters, but in its final season it pushes them even more to the forefront. It’s not simply a show about what BoJack does, but how he affects those around him. Any closure requires closure for everyone.

That doesn’t mean we exactly get a nice and tidy package at the end, however. I won’t spoil where the show leaves us, but it’s neither zig nor zag actually, and more of a full steam ahead bulldoze. So many finales of shows want to upend the world of our main characters and leave them in places completely different than the show we’ve enjoyed for so many years. The finale here avoids that while also feeling like as logical of a conclusion as any. There is an end here, but it’s not exactly the end for every character.

If you’re still wondering why I adore this show so much, I’d point to a conversation late in the season between BoJack and Todd. Watching fireworks, the two begin to reminisce and Todd notes that he thinks life is a lot like the song the Hokey Pokey. I won’t steal away the delivery here, but it’s both absurd and touching. There is truth in the banal sometimes, and the show is not afraid to laugh while doing it. In a world of shows that try so hard to be clever that they often forget to be human, BoJack’s brilliance is how it uses its cleverness to portray the mundane. The wild antics of Mr. Peanutbutter are not what endear us to him, but the sad moments alone. Diane is not a stereotype of woke feminism, but a real woman trying to find a balance. BoJack has always been at its best in its quietest moments when it reminds us that for all their Hollywood celebrity and problems of addiction, depression, self-confidence worries, etc., the main cast is not just like everyday folk like us, but also like one another. It’s not a warning to simply not become BoJack, but a plea to be none of these characters as they begin this series. It’s a statement on growth, which is something so few shows actually let their characters do.

I’m going out of my way to avoid spoilers here because I think the journey here really is worthwhile. The ending doesn’t spoil anything, but it does maybe rob you of taking the full experience right alongside these characters. BoJack Horseman, I fear, will soon be forgotten as it never was well known to begin with. That will be a shame if it happens. For all the garbage television at times gives us, it does occasionally give us a true gem in the form of a sitcom horse.