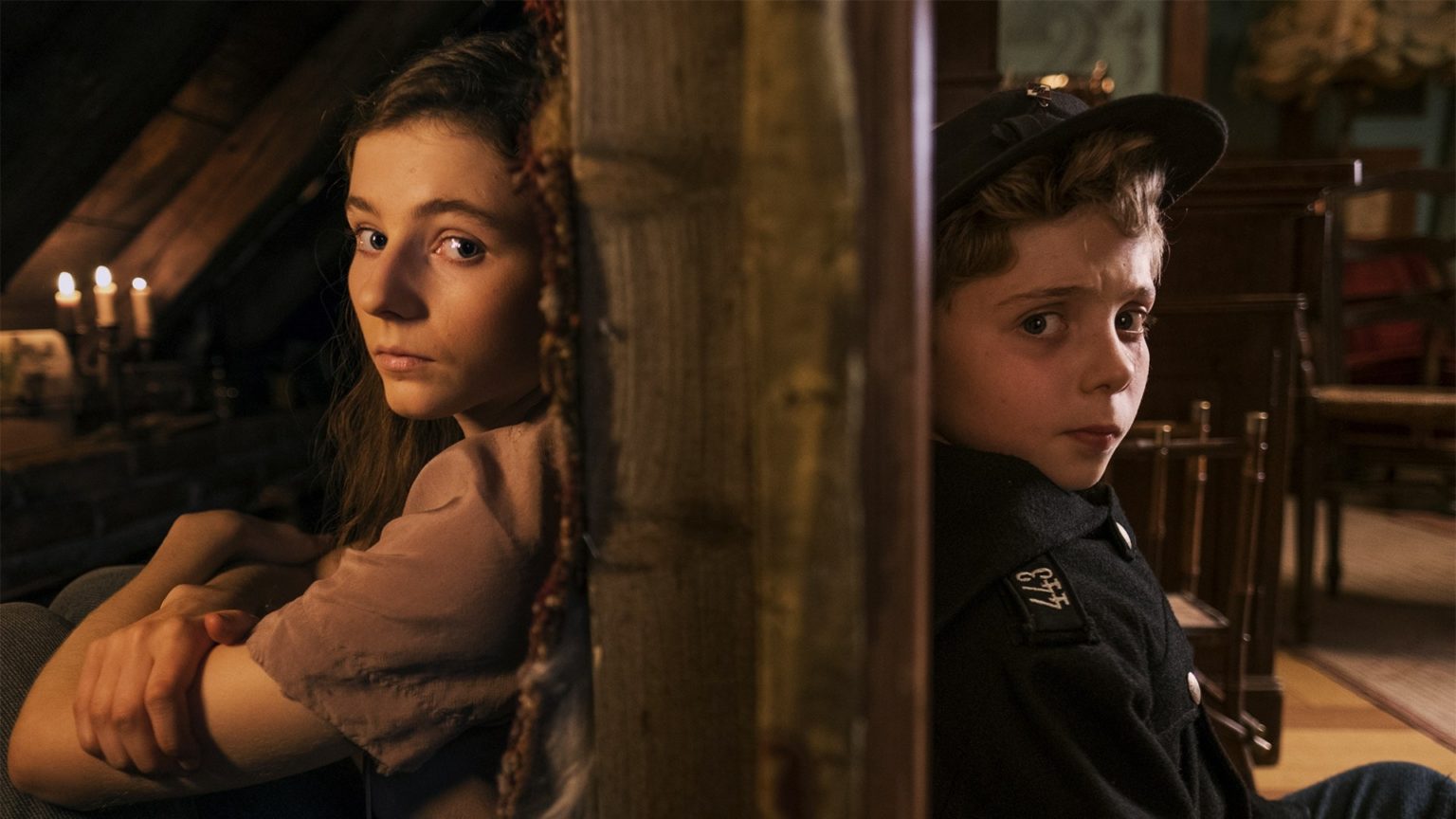 Much has been made in recent years about comedy getting too safe and how the Mel Brooks satires such as Blazing Saddles couldn’t be made in today’s politically correct society. So, what are we to make of a film like Jojo Rabbit? Is it safe to make a film where a young German boy has Hitler as an imaginary friend? And yet, Jojo Rabbit feels entirely appropriate for our time.

As noted, Jojo Rabbit tells the story of young Jojo (Roman Griffin Davis) and his mom Rosie (Scarlett Johansson). Jojo is as devout a Nazi as any young boy can be in World War II Germany, and the Hitler Youth he’s a member of here is depicted as some sort of nightmarish Boy Scouts that engages in exercises in throwing grenades and burning books. So yeah, it lays the satire on pretty thick. However, Jojo’s entire world is thrown into flux when he discovers a Jewish girl named Elsa (Thomasin McKenzie) is living within his home. Can he hate someone he’s slowly starting to befriend? If not, can he still be a Nazi?

The heavy-handed satire plays itself out in the opening minutes of the film, and minus a few odds and ends the film leaves a lot of the easy jokes behind fairly early on (though a later mocking of the absurdity of the Heil Hitler greeting is one of the funniest moments you’ll see all year). Instead, the film becomes a character study of Jojo, Elsa, and mom Rosie. This is also where the film can be seen as stumbling of even falling into racist-driven shenanigans of justifying Elsa’s humanity as a Jew. It’s a potentially valid critique as the film goes to great lengths to show us that Elsa is just a teenage girl with the same wants and insecurities as any other. However, I think it’s a misunderstanding of who’s story this is, or rather who the story is critiquing.

For one, it’s a reading of the story from an adult perspective, and as bizarre as it might sound to say about a Nazi satire—this is really a children’s parable and less an adult comedy. I think that point is integral to understanding that the film is really entirely from Jojo’s perspective. It helps explain why everything is so light and jovial even in the midst of the waning days of the Third Reich. The adult worries, which Jojo often stumbles into as discussions are being held, are of no concern to him. He’s worried about his new friend, and particularly concerned if she might have horns like the stories he’s been told.

So then, we as the audience see Elsa through Jojo’s eyes. When he first meets her, she crawls out from the wall, wrapping her fingers around the panel like a monster in a horror film. He then regales her with tales of how Jewish people live and eat, but it’s Jojo who changes and not Elsa. As he does, so does the world around him. The one-dimensional Nazis of the early film take shape in some surprising and, obviously, revolting manners. Elsa is not being humanized, but Jojo instead. Elsa was always human, but seen through the eyes of a bigoted boy who has been fed hate by the society he lives in. His transformation isn’t in how he sees Elsa, but rather in how he sees the Nazis.

Jojo Rabbit is less a satire of Hitler or Germany than it is of the hate spoon fed into children. It’s in that way it’s the perfect film for kids to teach them to stop listening to adults simply because they’re adults. A lesson in that aged old revelation that adults often don’t have any better idea what they’re doing than do kids. It’s not a softening of racism, but an indictment of the fact that by the time of adulthood, it might be too late to reject and find absolution.