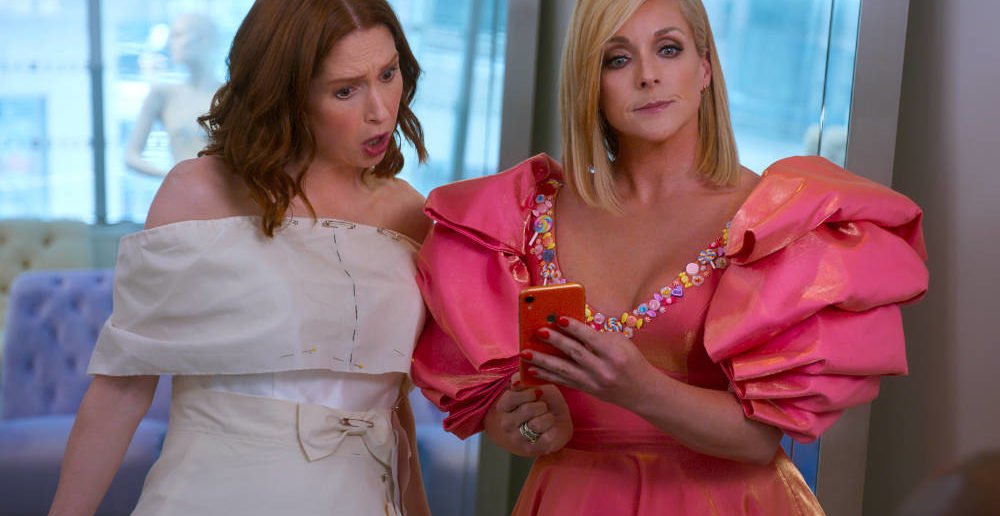 Kimmy vs the Reverend
Movies

By this point you likely already know whether the comedy of Kimmy Schmidt tickles your funny bone or not, so you’re mostly wondering about this film’s big gimmick—choosing your own path. Yes, Kimmy Schmidt is finally delivering upon the promise of 90s interactive movies with a “choose your own adventure” story that they’re very careful never to call by that name, lest they be sued by the books’ publisher.

The setup here isn’t all that important, but Kimmy (Ellie Kemper) discovers the titular Reverend (Jon Hamm) may have more women locked up in bunkers just like he did with her all those years ago. That sends her out on a quest that has all the main characters from the series returning with their own storylines. That’s probably one of the best aspects here, the writers actually allow the characters to split up and have their own adventures in surely a process that made writing the multiple paths more challenging. Ensemble characters Titus, Lillian, and Jacqueline, as usual, steal the show from Kimmy.

But does the gimmick work? Depends on your expectations. Does it prove interactive stories like this as the future? No, it doesn’t. It still feels gimmicky and something you might want to do occasionally, but certainly not as a regular part of your TV watching. It’s too jarring and removes you from the story. However, that’s also why it sort of works here better than it does in many dramas. We don’t really care about the story in a sitcom like this. It’s simply a vehicle by which to deliver jokes, and in that regard, Kimmy Schmidt has always been known as a show with jokes layered upon jokes to the point that repeat viewings are justified. Here, the format encourages repeat viewings to not only catch all those jokes but try all the different paths. The writers have even smartly hidden some jokes that require unusual choices such as skipping the opening credits theme song and repeating one choice halfway through of waiting for an Uber. You’ll have to make the bad choice twice to get the full joke.

Fans of the series will enjoy a brief reunion with these characters, and the writing is as sharp as ever. Still, while the branching paths works this once, I have to say I hope next time we see these characters they’ll handle all the work.