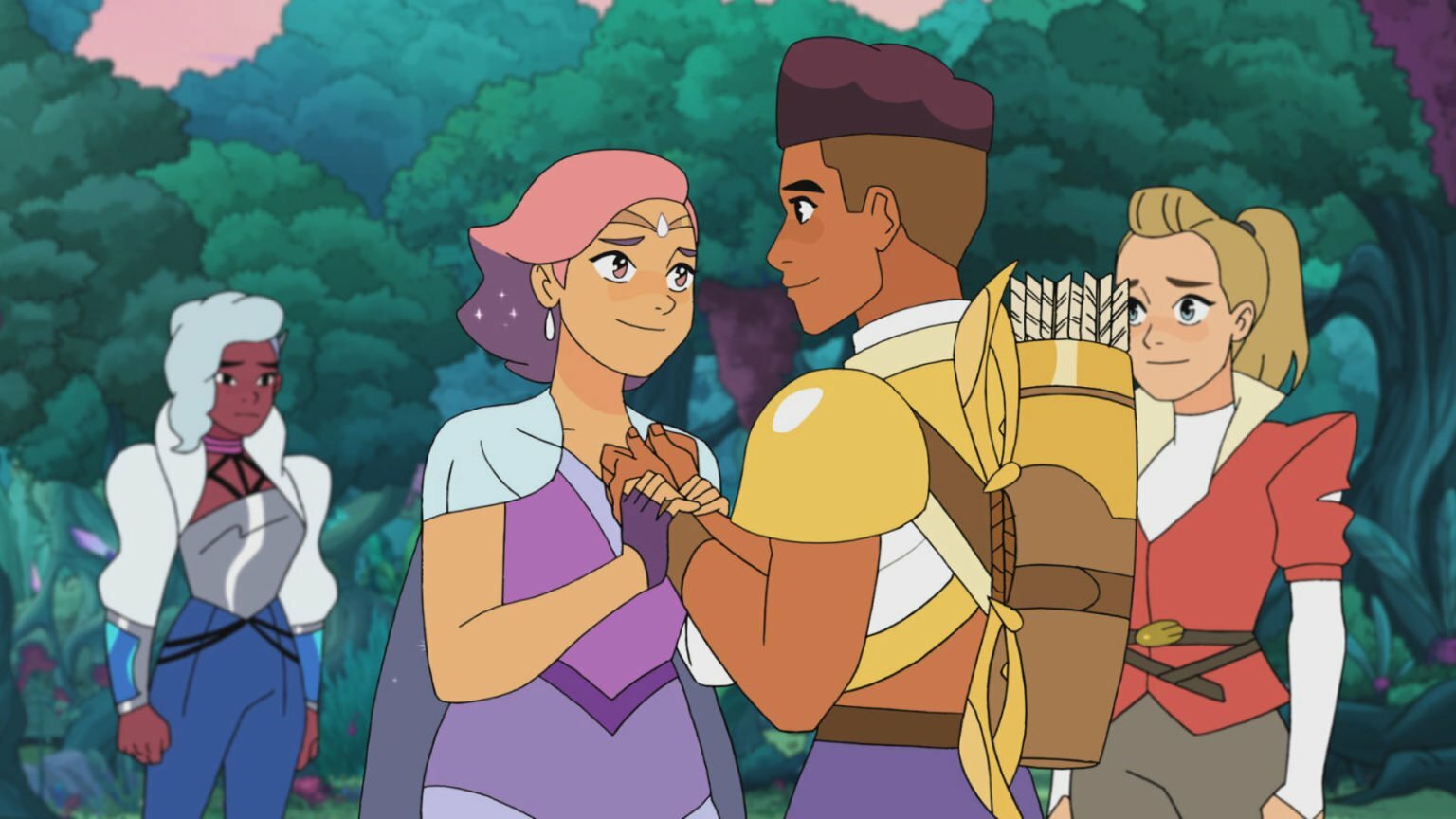 She-Ra and the Princesses of Power
TV

Review: She-Ra and the Princesses of Power: Season 5

The new She-Ra is a very, very good show. It’s not just good for girls, or children in general, but it’s one of the better fantasy shows to air on television in recent years. It’s smart for sure, but what sets it apart is the compassion and focus on character. So many modern shows claim to focus on character while really being about the character through plot. She-Ra has the guts to let the story grind to a halt to simply let the characters breathe. That’s the kind of modern hero we need.

The fourth season left our characters splintered and hero Andora without the ability to transform back to She-Ra. While keeping characters apart is normally a stumble in most shows, here it works as many favorites don’t meet up for quite a while. Andora, meanwhile, spends a significant portion of the season without her She-Ra abilities. All of this while battling new big baddie Horde Prime. If none of that makes much sense to you, don’t worry. More than any season before it, the fifth and final season strips back the plot significantly to focus on the main characters. There are a lot of scenes of characters simply talking, which would have been a death knell in previous generations of cartoons. I mean, a lot.

So, what is everyone talking about? Their feelings a lot of the time. I realize that’s an easy joke for a cartoon mainly about female characters, but here it isn’t so much that they discuss their feelings, but how they discuss them. For one, in their darkest hour there’s a lot of crying and emotional breakdowns. That’s not a criticism. One of the best parts of the recent Avengers: Endgame was the early moments of the film where we got to see our heroes defeated. We got to see Captain America in group therapy. The reality of someone who spends everyday defending the world from oblivion actually failing and having to come to grips with it is kind of fascinating, and She-Ra does this more and better than any show in recent memory.

This trauma as focus for a cartoon feels remarkably fresh (I’m sure there is some anime I’m unaware of that has also had this focus, but that’s not my area of expertise). It’s not just trauma of losing a battle, but childhood trauma, relationship trauma, etc. It’s such a heavy focus of the series and really driven home here in the last season. It really drives home the point that Catra, more than Andora, is the emotional core of the show. Her journey and dealing with her many types of trauma result in one of the best final moments any show has had. It’s the emotional climax The Rise of Skywalker shot for and missed but delivered here in a completely satisfying manner.

I’m being intentionally vague on some details so as not to spoil the journey, because it’s legitimately one I think you should take. Yes, the show can at times be silly and childish, but beneath that veneer it’s hiding a serious focus on character. It’s tackling trauma from a variety of angles and not letting it be dealt with one episode and moving on. It shouldn’t surprise anyone that a show about heroines actually deals with them as people better than most male fantasies. What might surprise some is that the show around it is wonderfully entertaining that it makes that trip entirely worthwhile.