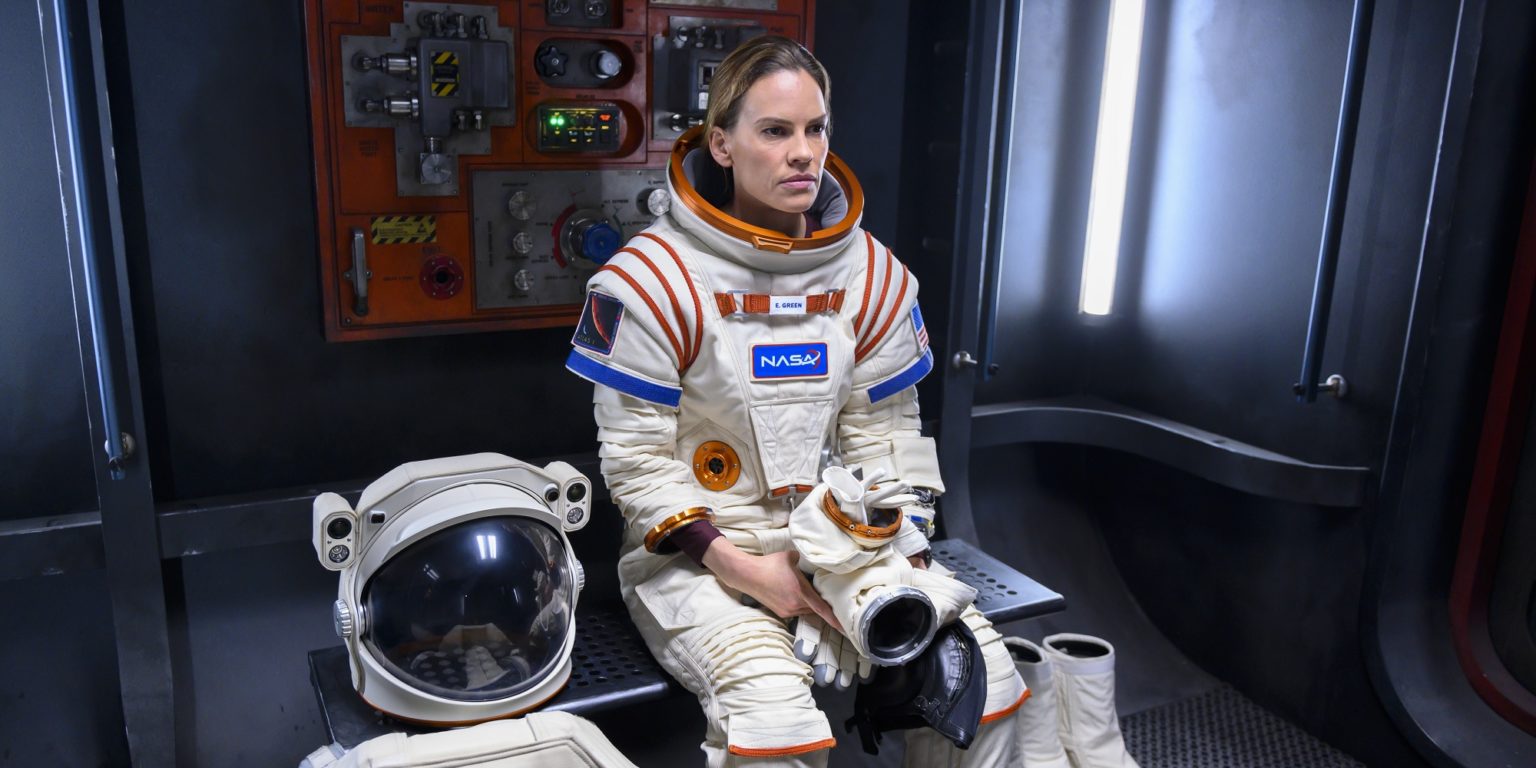 Away promises the sort of emotionally driven stories that made Friday Night Lights and Parethood sensations, but with the added fun of outer space! What’s not to love about that combination? If Away proves anything, it’s that some formulas can’t simply be ported from one situation to another.

Hilary Swank stars as the commander of the first manned mission to Mars. But before they even reach the moon, an accident causes her crew to lose faith in her. Can you see where this is going? Back on earth, her husband (Josh Charles) is dealing with health issues and their teenage daughter who will not see her mom for the next three years.

Those earthbound aspects are what hold the show back. Instead of being an interesting heavy on the science piece of sci-fi TV—a sort of Gravity or The Martian for the small screen—Away is more Parenthood that just happens to take place in space. Most of the show is actually told back on earth or through flashbacks back on earth. In other words, you won’t have to hold your breath for many exciting space scenes.

That could be fine, perhaps, but the earthbound scenes we get are primetime soap opera quality. Everyone has a reason to cry and lament their past. Fair, but we needed to go to space to find this out? Most are not so much bad per se as they’re tired and cliché. One involving a closeted homosexual love affair did bother me, however. It feels so much like a late 90s or early 2000s approach to homosexuality on screen that it made me actually wince multiple times. It wasn’t helped by the fact that this twist is telegraphed well in advance. For a show that wants to present itself as sensitive to the personal stories of its characters, the handling here felt tone deaf.

Was I just expecting the wrong show? Maybe. Both Friday Night Lights and Parenthood had strong beginnings but wore on me. I finished Friday Night Lights but abandoned Parenthood along the way. I’m sure some will eat up the soapy scenes. More power to them. But when you have a cast as talented as Swank and Charles (vastly underutilized here), you can’t help but wish they were given something meatier to chew on. Space is out there and Away is literally still trapped in the closet recycling old storylines.