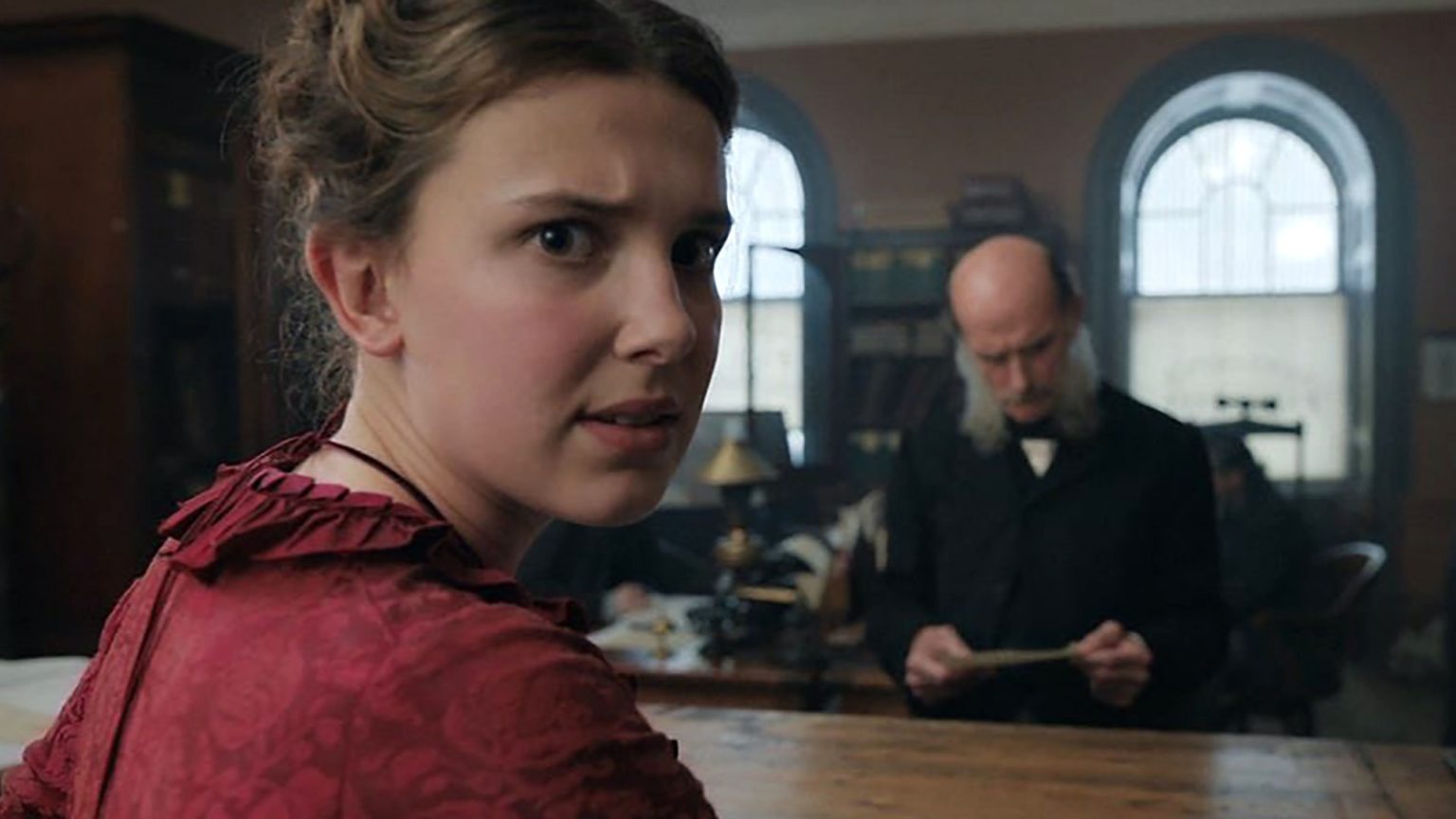 By JustinSeptember 25, 2020No Comments3 Mins Read

What a difficult task it must be to bring an original take on Sherlock Holmes these days. There are the obvious comparisons you’ll draw with Benedict Cumberbatch and Robert Downey Jr., but there’s such a long history of the character that you can’t help but be compared favorably or unfavorably to someone. Enter Henry Cavill, who has tried this feat before with Superman. Only, this time, it isn’t another Sherlock he has to worry about comparisons to, but Sherlock’s little sister.

Enola Holmes is the name of Sherlock’s little sister, played here in a truly star-turning performance by Stranger Things’ Millie Bobby Brown. Sherlock is already famous as a detective, but teenage Enola is still stuck at home with their mother, Eudoria (Helena Bonham Carter). But when Eudoria goes missing, it will be up to Enola to solve the mystery with or without her brother’s help. That’s the setup, and if the film simply played out according to that premise it would probably still be good with this cast. What makes the film so exceptional is the variety of left turns it takes undermining your expectations of not only the story, but the Sherlock mythos.

You see, Sherlock is barely in this film. Yes, he turns up at regular intervals, but mostly to be shown up by his sister or simply be too little, too late. This is Enola’s story, and while there are outside antagonists she deals with, overbearing and slightly backwards-thinking Sherlock and brother Mycroft are as big of obstacles as anyone. Meanwhile, the Eudoria mystery might set the story into motion, but it’s really the mystery of a young nobleman named Tewkesbury that drives the story (and Enola’s burgeoning libido). All of this subversion in a story that focuses heavily on the subjugation of women’s rights in Victorian England. Yeah, it’s not really what you might expect from a Sherlock Holmes story.

That’s for the best, however, because it allows Brown to shine in the titular role. Much will be said about her fourth-wall breaking commentary throughout the movie. It’s highly reminiscent of 80s teen protagonists Ferris Bueller and Lane Myer. Just like them, she’s not just commenting on the events of the film itself, but in a meta sort of way also commenting on the movie itself. For a lesser actress, this might come off as smugly preening for the camera. Brown, however, makes it work. She’s witty and clever when she needs to be, but also sells a vulnerability to the character. She might know jujitsu, but the film wisely does not turn her into a superhero akin to Downey’s Sherlock. Enola can hold her own in a fight, but the film also lets her be overpowered as she realistically would. That vulnerability pays off both in her relationship with her family, but also with her love interest which, again, the film smartly keeps very hands-off in a Victorian sensibility. Adults don’t need to see these two locking lips, but it’ll be just the right comfort level for the tween and early teen girl audience that will adore this film.

I must admit I adore it quite a bit, too. It’s an old-fashioned mystery with just enough modern sensibility to sell it to kids. Brown is radiant throughout and Netflix would be wise to sign her up for a franchise of these films. We can only hope the game is afoot!