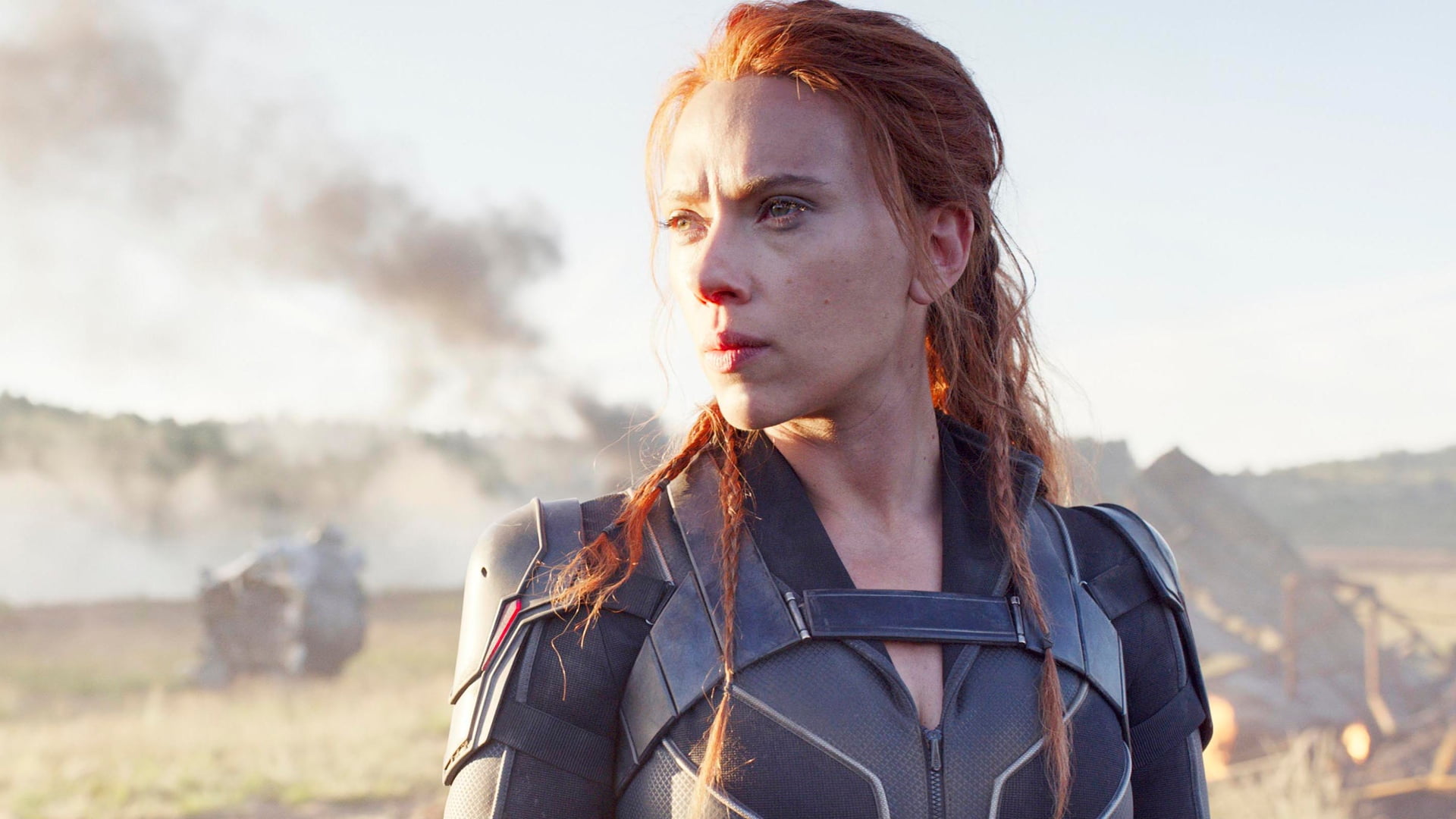 The saying better late than never has applied to many sequels lately, but only in the case of Black Widow does it apply to an entirely new franchise. It’s bewildering that Marvel waited this long to give us a proper non-superpowered (sorry Winter Soldier) spy thriller when characters like Nick Fury, Hawkeye, Black Widow, and Maria Hill were just there waiting! Despite that feet dragging, the superhero spy thriller we finally got is good.

Black Widow jumps a few years back into the Marvel timeline and picks up after Captain America: Civil War and before Avengers: Infinity War. That won’t matter to some and is mostly addressed in a few off-handed quips about the Avengers’ infighting, Secretary Ross being in pursuit, and, obviously, Natasha being alive. After Natasha is attacked by a new villain, Taskmaster, it leads her to reconnect with her adoptive family including Yelena (Florence Pugh), Alexi (David Harbour), and Melina (Rachel Weisz) to bring down the Red Room where she was originally trained (and tortured).

While Scarlett Johansson is as always great in her titular role, it’s the new cast that really helps this film shine. Harbour is great as the Red Guardian—an over the hill superhero whom we suspect may have never reached the top of the hill in the first place. Weisz is great as always. However, it’s Pugh who really shines here. It’s no secret that they’re setting her up to take on the Black Widow mantle for future projects and they really work hard here to give her some of the best lines in the film. Of course, Pugh is more than capable and when she cracks, “Poser,” you really can’t wait to see her sarcasm against Thor or Hulk or even Rocket Raccoon.

The film itself plays out like any modern spy thriller. The instant comparison a lot will make is to the Jason Bourne films. It has the same hyperkinetic fight scenes, though it never feels as jarring or effective as it does in the best Bourne scenes. The other obvious comparison is to the long string of female-led spy movies that have been the trend in recent years—all harkening back to Le Femme Nikita. It’s neither as good as that nor the more recent Hanna, but I think it solidly lands behind them in a more competent position than most. Black Widow’s greatest asset is that it’s just fun to watch. The cast is charismatic, and the set pieces are entertaining, if not groundbreaking.

Harkening back to my opening, my biggest qualm might be is if this was even needed. It’s great to see Johansson one last time, but the entire piece is basically a prequel at this point, and prequels are by their nature unnecessary. There’s literally a plotline running through this film explaining how Black Widow got her vest she wears in Infinity War. It’s reminiscent of when Solo tried to explain how Han got his blaster. Like Solo, I actually like this movie, but I would have liked it more five years ago when it could have released before Infinity War.