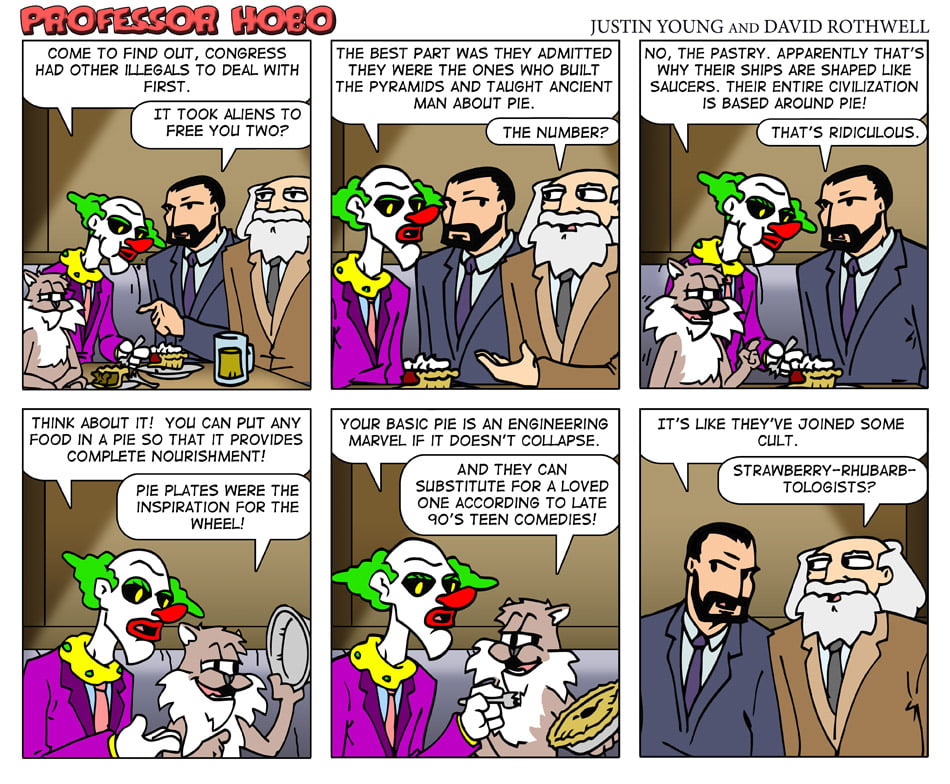 There’s probably a good chance many religions were started over coffee while discussing pastries. If you’re slightly concerned, just ask yourself how often your religion involves eating frosting?

↓ Transcript
KLOWNUS: Come to find out, Congress had other illegals to deal with first.
BEARD: It took aliens to free you two?

KLOWNUS: The best part was they admitted they were the ones who built the pyramids and taught ancient man about pie.
HOBO: The number?

MITTENS: No, the pastry. Apparently that's why their ships are shaped like saucers. Their entire civilization is based about pie!
BEARD: That's ridiculous.

KLOWNUS: Think about it! You can put any food in a pie so that it provides complete nourishment!
MITTENS: Pie plates were the inspiration for the wheel!

KLOWNUS: Your basic pie is an engineering marvel if it doesn't collapse.
MITTENS: And they can substitute for a loved one according to late 90's teen comedies!

BEARD: It's like they've joined some cult.
HOBO: Strawberry-rhubarb-tologists?