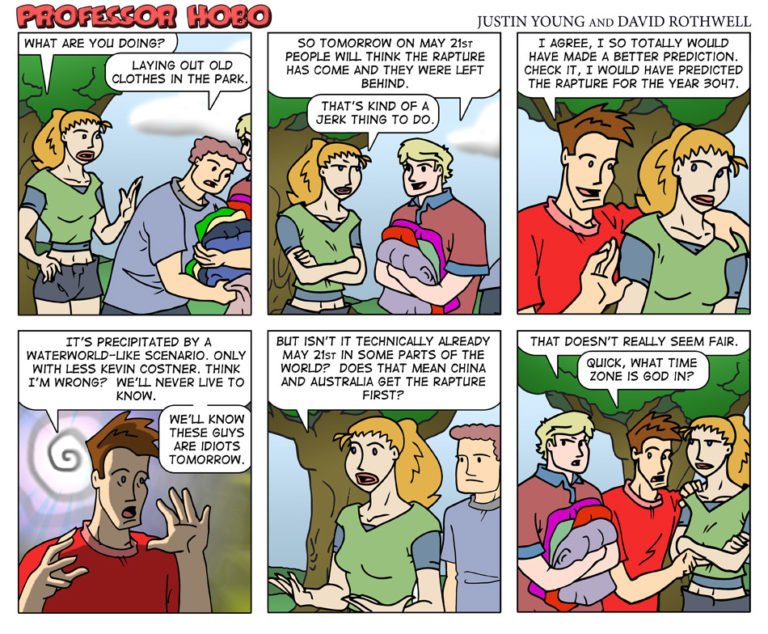 Rapture predictions do bring up a lot of questions. Such simples ones as–why? Why predict something that everyone will know you are wrong about almost immediately? What’s the point? Either you truly believe it, or else what’s the end game? Hoping a lot of people will repent last minute “just in case”? Does “just in case” even count in God’s eyes? It seems a silly endeavor predicting the end of the world.

Now, predicting the next flavor of Ben and Jerry’s on the other hand….

↓ Transcript
MEGAN: What are you doing?
BILLY: Laying out old clothes in the park.

TREY: So tomorrow people will think the Rapture has come and they were left behind.
MEGAN: That's kind of a jerk thing to do.

RICK: I agree, I so totally would have made a better prediction. Check it, I would have predicted the Rapture for the year 3047.

MEGAN: But isn't it technically already May 21 in some parts of the world? Does that mean China and Australia get the Rapture first?

Believe you me or cry trying

Hiding the Truth from ourselves