You are at:Home»Comics»Those Sneaky Religious Types 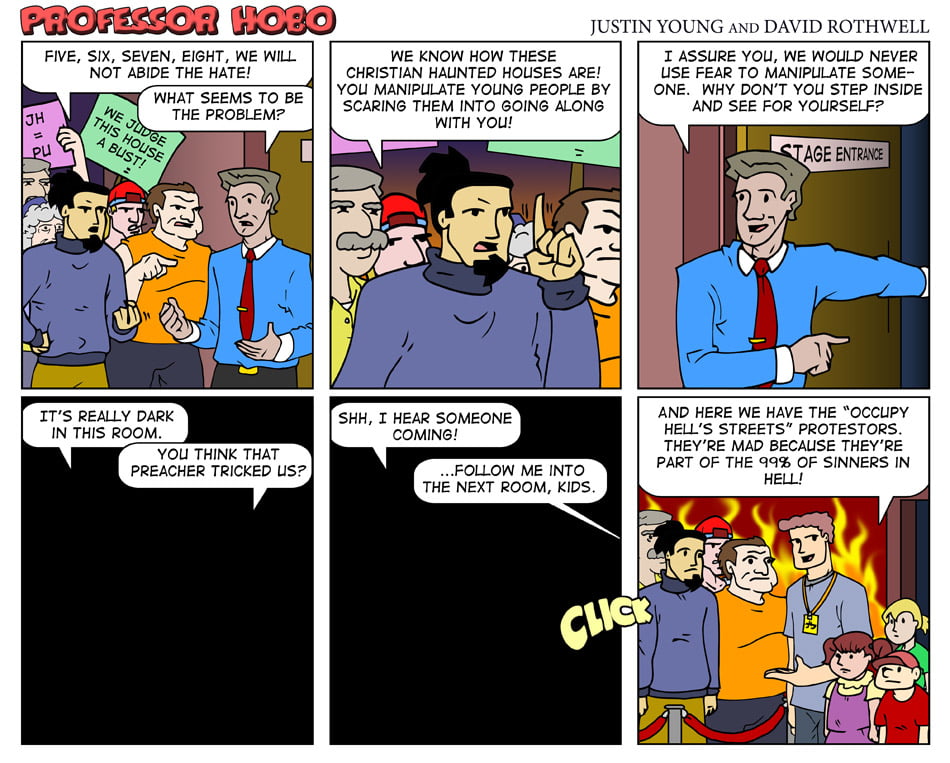 There’s nothing better than turning a negative into a positive for your cause. Well, I suppose that isn’t such a good thing when it means horribly manipulating people. But, umm, you get the idea.

Anyway, no, we do not hate Christian haunted houses. There’s a bit of a contradiction there probably to begin with, but more we’re kind of mocking the exploitive nature of some.

↓ Transcript
PROTESTOR: Five, six, seven, eight, we will not abide the hate!
PASTOR: What seems to be the problem?

PROTESTOR: We know how these Christian haunted houses are! You manipulate young people by scaring them into going along with you!

PASTOR: I assure you, we would never use fear to manipulate someone. Why don't you step inside and see for yourself?

PROTESTOR 1: It's really dark in this room.
PROTESTOR 2: You think that preacher tricked us?

PROTESTOR: Shh, I hear someone coming!
BILLY: ...follow me into the next room, kids.

BILLY: And ihere we have the Occupy Hell's Streets protestors. They're mad because they're part of the 99% of sinners in Hell!